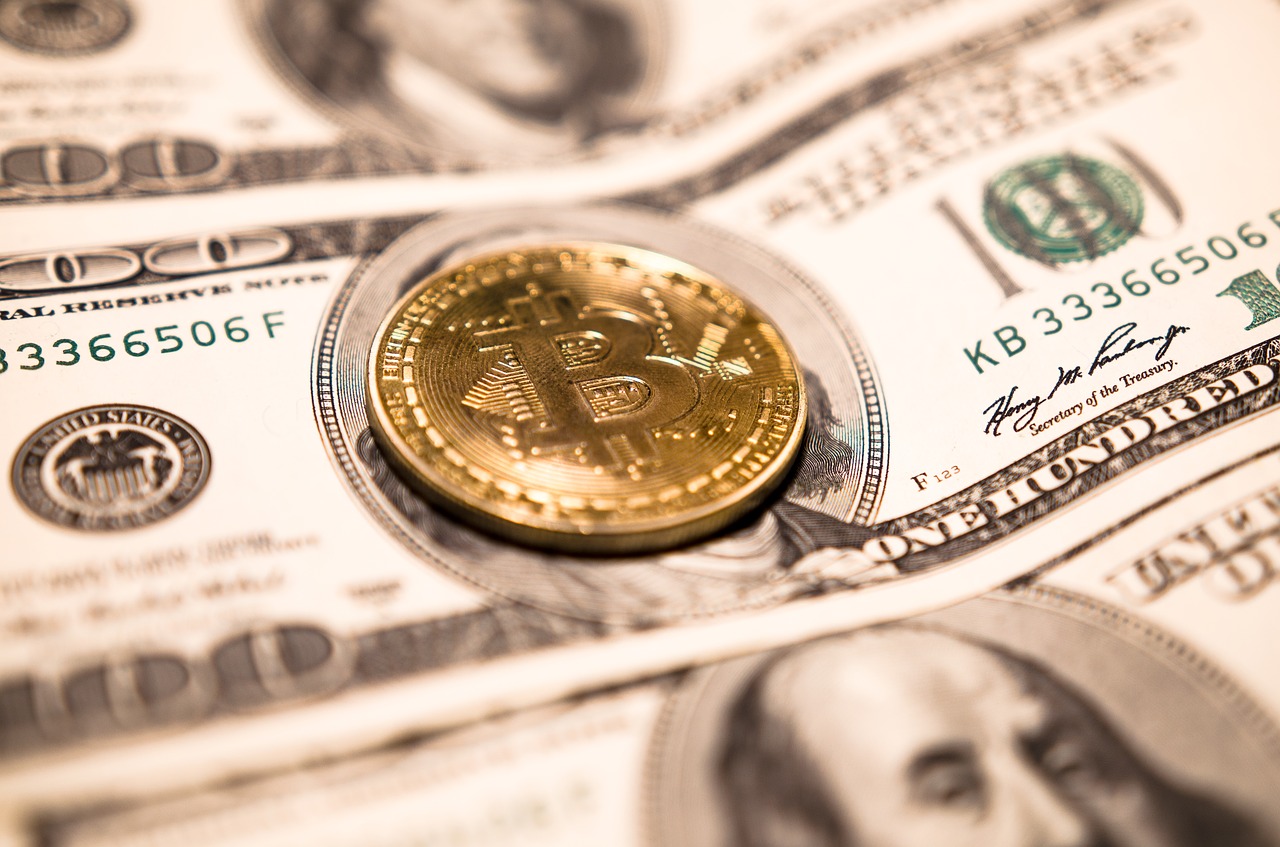 As things stand, the United States’ S&P500 is down by 30 percent, Australia’s S&P/ASX 200 by 25 percent, and the United Kingdom’s FTSE100 is down by 27 percent. Billions of dollars in market capitalization are getting wiped off, as the pandemic, COVID-19, wrecks market-havoc.

Head of States are yet to comprehend the size and scale of the contagion and are only beginning to roll-out preventive measures. But, as Presidents and Prime Ministers balance fears and politics, policymakers are quick to act to ensure that COVID-19 does not plunge the global economy into a full-scale recession, one that will outlive the disease.

And how do they manage to do that? By doing what central banks do best, playing fast and loose with monetary policy.

On 3 March, as the S&P/ASX200 lost a tenth of its valuation, the Reserve Bank of Australia stated that the official cash rate would be slashed by 25 basis points to a low of 0.5 percent. According to the RBA Governor Philip Lowe, these record-low cuts were implemented to provide “support to employment and economic activity.”

A day after the RBA’s cuts, the U.S Federal Reserve announced an ’emergency cut’ of 50 basis points, the first since the 2008 financial crisis. Chairman Jerome Powell said, “We saw the risk to the outlook to the economy and chose to act.” The cuts caused a brief surge in the S&P500, but with domestic cases piling, the markets inched closer to a drop.

The Bank of England, on 11 March, announced that its benchmark interest rate would be cut by 50 basis points in an emergency response. The BOE stated that this would “support business and consumer confidence at a difficult time.”

Other countries including India and Japan have also been rumored to exhibit monetary policy measures to ensure their economy stays afloat and consumption does not plummet.

Earlier this week, the Fed, acting on further market collapse, used the last bullet in their barrel by bringing the interest rates down to nearly 0, verging on an emergency UBI-like policy. With no more artificial stimulus to add from the world’s most powerful economy, and much of America unconcerned with the seriousness of the contagion, what happens next?

Amid the global meltdown, Bitcoin donned a new role. Seen as an uncorrelated asset, the cryptocurrency saw its trend follow that of gold [January], the S&P500 [February] and neither [March].

In January, during the U.S-Iran clash, Bitcoin saw high-correlation with gold, leading to the formation of a thin ‘safe-haven’ narrative. This narrative peaked as Bitcoin broke the $10,000 mark in late-January for the first time since October 2019, With COVID-19 cases piling up, Bitcoin broke the $10,000 mark for the first time since September 2019.

While global markets broke down, cheap credit running amok, Bitcoin saw a great deal of positive market movement. At this time, the yellow metal was stable in a tumultuous market, pushing the Gold-Bitcoin correlation to 53.4 percent. 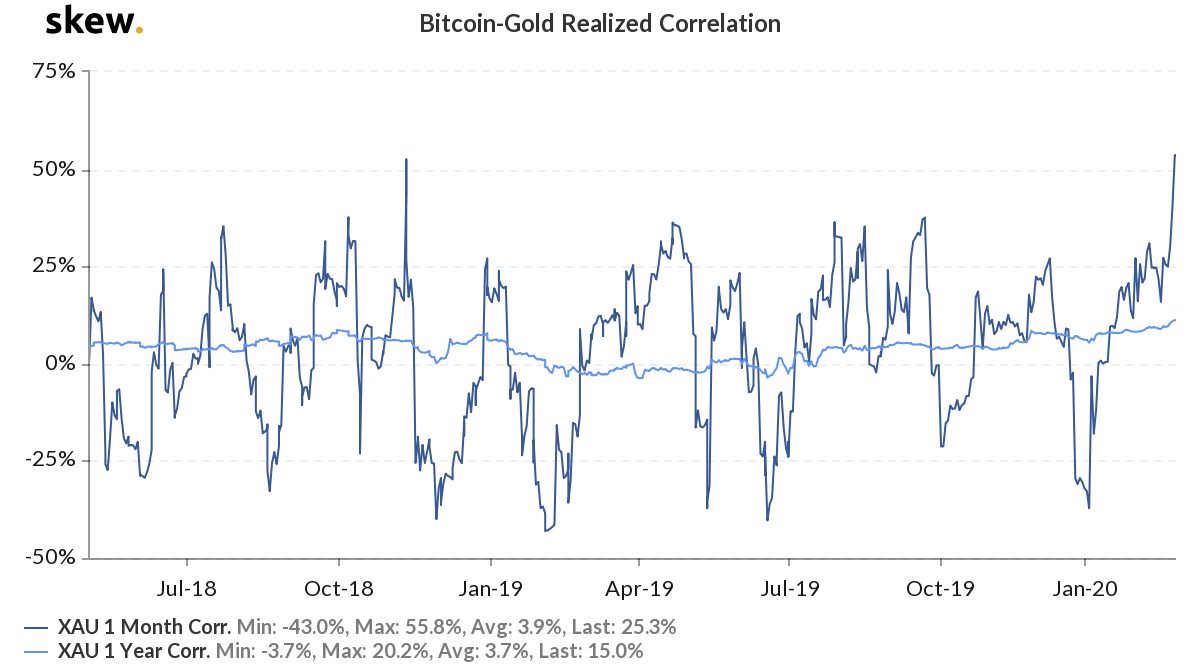 This correlation was, however, short-lived. As overseas cases began piling up in South Korea, Iran, and Italy, markets went into 2008-like collapse, losing millions a day. Since breaking $10,000 on 12 February, Bitcoin closed the month by losing 18.75 percent of its value, as the S&P500 lost 7.8 percent. The correlation of Bitcoin, hence, shifted away from the stable commodity towards the free-falling equity index.

Usually seen as an “uncorrelated” asset, especially compared to the likes of its now macroeconomic peers, Bitcoin now was exhibiting more global characteristics.

Now that Bitcoin’s trend was drawn to two different assets, gold and the S&P500, narratives mounted. Those who didn’t buy-into the macro-claims were met by the stern resistance of Bitcoin’s largest single-day drop in 7 years.

On 12 March, Bitcoin lost over a third of its value, dropping from $7,700 to well below $6,000. As traders were reeling with over half a million in longs liquidated, another successive drop saw Bitcoin endure a short-lived fall below $4,000.

In less than a day, Bitcoin’s safe-haven tag was wiped clean and unceremoniously dumped into a lot of assets bleeding dry; a lot that included global market indexes and government bonds. Nothing survived the onslaught, including Bitcoin.

In a matter of two months, a virus undid the demarcations between commodities, crypto, and equities, each feeling recession-like effects of being leaders of their respective asset classes. Another common factor among them was their means of purchase – fiat. A tool that is now in overflow in the markets, owing to central banks printing them in excess each week.

A “liquidity crisis” is how the co-founder of Morgan Creek Digital Anthony Pompliano put it in his letter to investors the day after Bitcoin’s massive 30 percent drop. Panicking investors are dumping Bitcoin and gold, despite being “non-correlated” and “safe-haven assets,” and are selling them quick, for cash. He expanded on their ‘irrationality’ by stating,

“In the short term, any asset that can be sold into a liquid market for cash is likely to be sold. Investors are incredibly insensitive to price. They need cash so badly that they will make traditionally irrational decisions in order to optimize for liquidity.”

Pompliano drew parallels between the 2008 gold crisis and the 2020 Bitcoin price drop, owing to their similar liquid markets. The people that held Bitcoin sold it for cash because “they needed liquidity,” much more than they needed to either HODL or hedge against other assets.

Here, Pompliano mentioned one side of liquidity, the asset being liquidated into the most liquid form of money – U.S dollars. The same U.S dollar that is being devalued more and more by the Federal Reserve, through open market operations like slashing interest rates and quantitative easing.

This tactic isn’t isolated to the Fed, however. Central banks the world over have used this tool, as mentioned right at the start, to ward off the now imminent crisis.

But, what about when this economic collapse passes, and the markets begin recovering? In that time, how will investors who’ve liquidated Bitcoin react?

Light at the end of the tunnel

In May 2020, for the third time in Bitcoin’s short history, its supply schedule will change. When the 630,000th block is mined, the block reward will drop from 12.5 BTC per block to 6.25 BTC per block. Mining incentives will require market forces to come together to cause a price balance. Pompliano predicts that the halving will make Bitcoin “super attractive,” even more so in light of the Fed interest rate cuts. 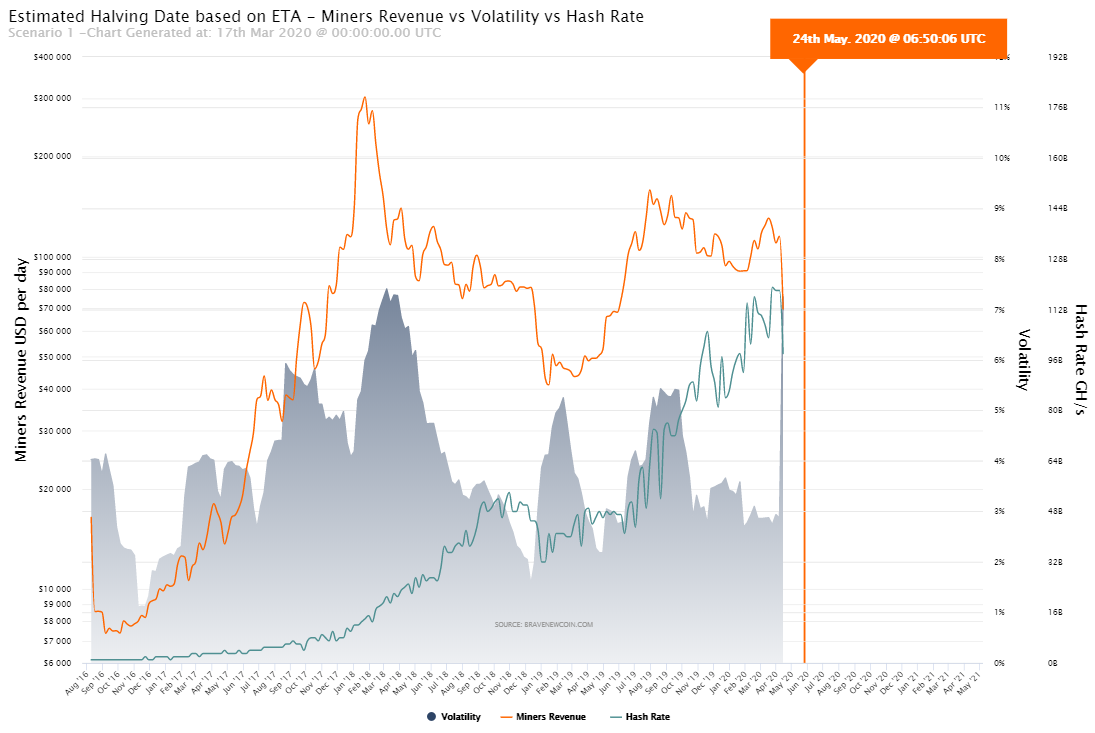 Bitcoin’s halving, following a massive rates cut, in a market that will see immense buying pressure as the need to continue incentivizing miners using US dollars [which are in abundance] will lead to a significant bullish effect on the price. In a bid to relay this to hodlers, Pompliano concluded,

“History is transpiring right now. Liquidity has dried up. Those that remain unfazed by the short term pain are usually the ones who avoid making bad decisions.”

Since the infamous rise and fall of 2017-2018, Bitcoin has matured rapidly. It is now traded on the likes of the Chicago Mercantile Exchange [CME] and Bakkt, ICE’s digital assets platform, integrated by TD Ameritrade and Fidelity, while even reacting to global macroeconomics. Bitcoin has come a long way. So has its derivatives market.

While BitMEX, OKEx, and Huobi dominate the unregulated Bitcoin derivatives market, notching over $10 billion in collective volume daily, the CME is a testament to the growing popularity of Bitcoin among institutional investors, trading on average 6,000 contracts a day in 2019, each representing 5 BTC. These investors are the same ones bearing the brunt of the equity markets collapse, having their eggs in both the crypto and the traditional assets basket.

Over the previous week, as Bitcoin dropped by 40 percent in the day, a lag effect was seen in the derivatives market. The following days saw Futures investors on CME and Bakkt close out positions, salvaging what was left of their “uncorrelated” contract, for the same reason gold and Bitcoin spot were falling.

As things stand, Bitcoin is down YTD and stock markets are at record-lows, liquidity shifting to simple fiat currency, a sign of panic. But going forward, when the pandemic tensions subside, with dollars-in-abundance, which liquid-market assets will see an inflow of liquidity?

Home is where the heart is

At the moment, the trend is dire. The United States, the bastion of economic activity for the world, is struggling, and it is reflecting on the market. Given the severity of the situation and the bearish foreseeable future, Bitcoin as an alternative will be lumped into the same falling lot as other macro-assets.

Kevin Kelly, the co-founder of Delphi Digital, an institutional digital assets research firm, told AMBCrypto that in the short term, Bitcoin is not primed for an inflow. He stated that the size and speed of central bank cuts suggest that “the outlook is getting more dire,” resulting in “panic selling,” which does not bear well for Bitcoin being a “riskier asset than traditional safe havens.”

In fact, panic selling is not isolated to Bitcoin as gold is clearing off huge gains also. Since Bitcoin’s 12 March massacre, gold is down 6.62 percent, wiping away all its 2020 gains in three days. Bitcoin, during this time, despite coming off a beating, is holding its $5,500 position. Could this paint a safe-haven status? Kelly thinks its too soon.

“I think it’s too early to call Bitcoin a safe haven asset because, by and large, it hasn’t acted like one when risk assets sell-off.”

For Bitcoin to become a macro-asset, the next few months will be crucial. If the price recovers and it synchronizes with other “scarce assets,” like gold, the case for Bitcoin as something more macro will be strengthened, said Kelly. The onus for such a shift will be on institutional buyers who tend to shine more towards gold. However, if they do turn towards Bitcoin, a new correlation will build.

“Once institutions begin to allocate to BTC, we expect its performance to be more closely correlated with other asset classes like gold and potentially Treasuries.”

Down, but not out

Institutions drive much of the Bitcoin market, 2019 suggested. In 2020, post the COVID-19 crisis, they will frame the narrative.

With well-oiled, albeit, small derivatives market a channel of investment, both physical and contractual is present. The rate cuts have confirmed that there is a pool of invest-able money in the market, one that will be let loose post-pandemic Further, this liquidity will be let loose on a massively devalued and ripe market, complete with equities, commodities, and crypto.

Will the institutions rush into Bitcoin? Kelly confirmed that portfolio managers are “seriously considering allocating to Bitcoin,” and some already have. Hedge fund managers are inclined to include Bitcoin owing to its “asymmetric return profile.”

Bitcoin was always touted to be a ‘store of value,’ and what happens after the markets wake up from this nightmare will determine where this narrative will go. Kelly concluded by stating,

“…in order for the SoV thesis to be proven (or disproven) we’ll need to wait and see how BTC (and crypto assets at large) perform once the dust settles after this storm.”