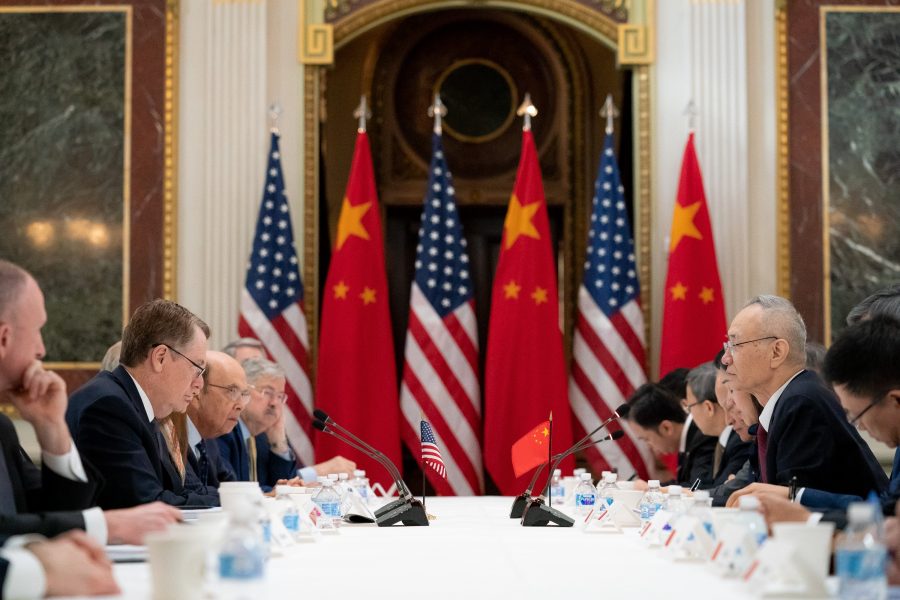 The next battleground for the United States and China will be digital currencies.

Looking ahead from a trade-war heavy 2019, the age of central bank digital currencies [CBDCs] will show the soft-power might of global superpowers. For years, the US has been the global economic hegemon, with the dollar as its reserve weapon. But the age of CBDCs, lead by China, will threaten this dominance, and in one former Trump advisor’s opinion, the US should do all it can to prevent a digital yuan.

Tim Morrison the former advisor to President Trump on Russia and Europe, currently a fellow at the Hudson Institute, penned an op-ed in Foreign Policy detailing a “digital makeover” for the US dollar in order to prevent China from getting “ahead on cryptocurrency.”

As Libra was being pummelled by regulators, Bitcoin, and cryptocurrencies alike took some hits. President Trump referred to crypto as “based on thin air,” Federal Reserve chairman Powell criticized digital assets and Treasury Secretary Steven Mnuchin called it a “national security issue.” Morrison, while agreeing with Mnuchin’s “quite correct” assessment added that digital-innovation must firmly be with the US. He said,

With the US enjoying economic dominance owing to the dollar’s use as a global reserve, Morrison stated that if Washington were to “finance its profligate fiscal responsibility,” the “first to suffer” would be the US Military.

From backing to implication, the manner in which the dollar is weaponized economically is through sanctions. Morrison noted that many of the targets of these sanctions are “under the control of Beijing” and hence the Chinese administration is looking for ways to “avoid the dollar.” This is not just with foreign entities, but even domestic.

China’s aim of going cashless is well stated, and they have already built an efficient foundation of digital payments. By digitizing the economy, through state-controlled applications like WeChatPay and AliPay, the CCP has only increased its control which it can use as a political weapon. He stated,

“The reliance on digital payments gives the CCP unprecedented insight and control into every transaction in China. Xi’s government is free to weaponize this power to punish its adversaries, whether a Hong Kong activist or a Uighur Muslim.”

The Belt and Road initiative, coupled with China building ports in several African and Asian countries is widening its global reach. When payments for these projects are made through “digital currency,” China will “eliminate blocks posed by foreign exchange controls.” In doing so, they will set up a “parallel network” that is not dollar-dependant.

Everybody wants to Rule The World

Beijing, in the former advisor’s opinion, is “framing an alternative [digital currency system] today for exploitation tomorrow,” and this tomorrow will be one without privacy and the rule of law.

Morrison noted the uncertain digital currency regulatory atmosphere in the US which could push innovation overseas. In a world where China, the EU, and other superpowers are working on digital currencies for a “post-dollar world,” Washington will be left behind.

The onus, hence, is on the United States to launch a digital currency initiative, not to simply lock horns with China, but to preserve the reserve currency status of the dollar. Morrison does not want the US to merely compete against a digital yuan or a digital euro, he wants it to “lead in digital currency.”

Related Topics:CBDCChinafeaturedUnited States
Up Next

Bitcoin hodling among institutional investors on the rise

Bitcoin as reserve-currency will be – ‘The Great Revelation’