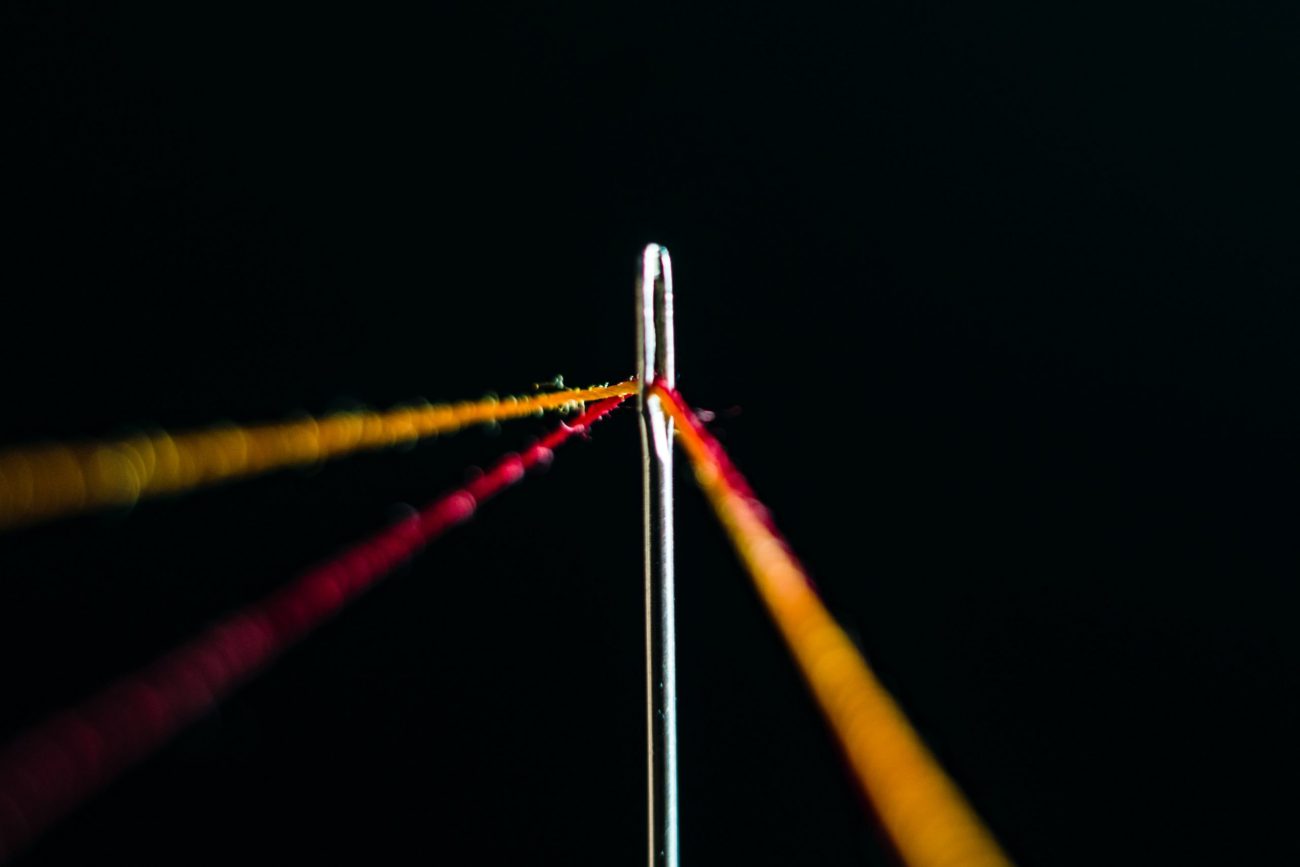 What are your top 3 answers to the question, “Why would institutions even want to invest in Bitcoin?”

Well, the above answers aren’t technically wrong, however, they aren’t the full answer either.

There’s one important ingredient missing and that’s the correlation of Bitcoin to everything else, or should I say, its uncorrelated-ness.

Bitcoin has been called many things by many people, and it has even been pronounced dead a few hundred times. Among the vocabulary of names given to it, “uncorrelated asset” is the one we will be looking at in this article.

Why? Well, it’s simple to understand why institutional investors (will) want to invest in Bitcoin.

Portal to the Past

“Institutional investors have been looking for ‘uncorrelated’ assets ever since the equity bear market of 2000-2002. They realised that they made too big a bet on the stockmarket and wanted to diversify.”

The irony of this sentence, considering the Great Recession of ’08, is too much, however, the fact remains that institutional investors set out in search of an asset that could fulfill their diversification needs.

At the end of the article, the author noted,

“And that in the end is the catch-22 of diversification. If the asset class is a true diversifier, it’s probably so small that only a few funds can take advantage of it; if it’s large enough to accommodate a lot of investors, it will either offer low returns (like cash) or end up not being a diversifier at all.”

This is such an exquisite end to an article. While the statement was true then, it isn’t so much now. Perhaps, the search ended for some institutions like MicroStrategy and others who invested in Bitcoin recently. For others, the search continues.

So, 13 years on from the aforementioned article, Bitcoin is not only a good uncorrelated asset for the likes of MicroStrategy to invest $423 million in, but it is also big enough to absorb the buy-side liquidity without spiking.

But the question remains – why?

As mentioned above, Bitcoin is an uncorrelated asset, hence, institutions like to invest in it so as to hedge their positions, should something go wrong in the traditional world.

Is Bitcoin an uncorrelated asset though?

Note:
1. Data collected for Bitcoin, S&P 500, Bonds, etc., as seen in the charts below, span from July 2010 to October 2020
2. Although there is a positive correlation, it is much smaller than the assets in the equity market that are highly positively correlated

The interesting thing about this chart is that Bitcoin’s correlation to all of these assets is less than 0.285 [28.5%]. The correlation of Gold with Real Estate index [REIT] was a whopping 89.15%, while a similarly high correlation of 89.55% was observed between S&P 500 and REIT.

Perhaps, the best was the negative correlation of 4% between Bitcoin and Emerging Markets.

March 2020 is a month that everybody will remember. It was a month when the clockwork-like clacking economy, industries, machines, and people, all came to a standstill. It was when the economy of countries around the world saw a simultaneous collapse. It was a Black Swan event, one fueled by a pandemic that affected all people.

In times like these, people – retail or institutions, flee from the markets to try and secure their livelihoods. It is at this time that the markets crashed. The same was true for Bitcoin and the crypto-market. 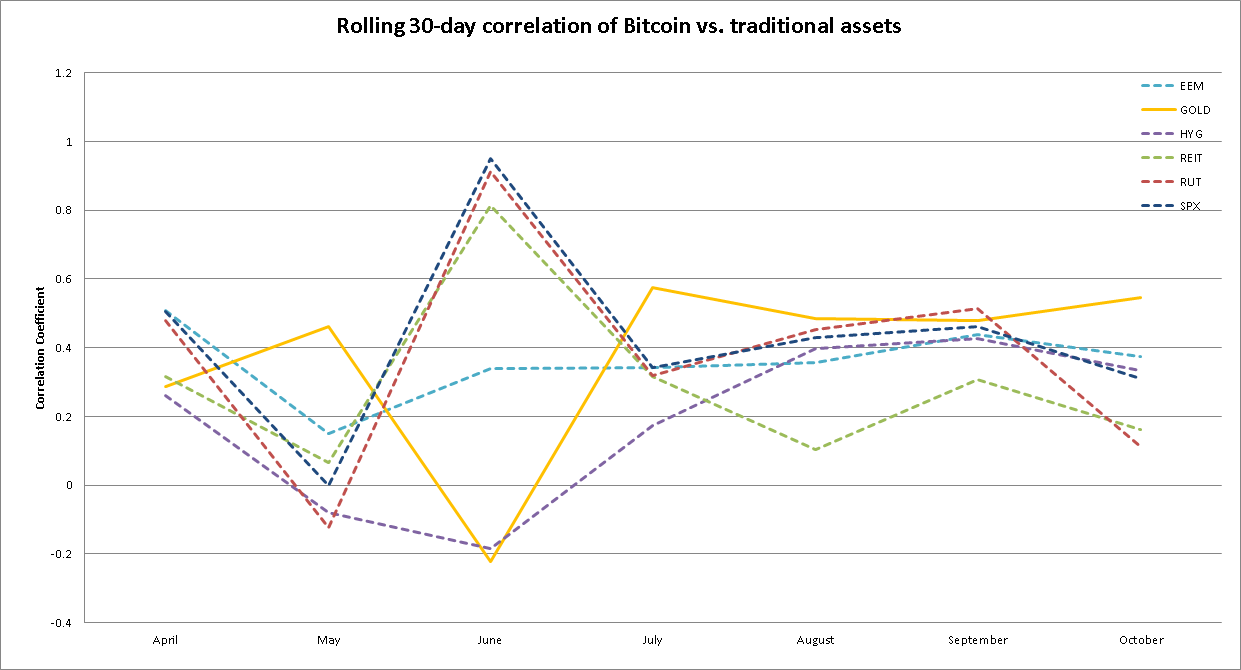 Between September and October, the correlation of Bitcoin with every asset dropped, except for gold; With gold, its correlation increased, showing how the two asset classes are similar in nature.

Now that we have established sufficiently that Bitcoin is an uncorrelated asset, let’s ask another question – Why?

Why is Bitcoin an uncorrelated asset?

There are two answers to this, or at least two that I could think of – In contrast to the traditional market, the market make-up of Bitcoin is quite different and its cycles are too.

It is a well-known fact that Bitcoin is a market largely driven by retail, however, let’s try to quantify this.

Disclaimer
It is a common practice in the Bitcoin community to split the balances between multiple wallets. Hence, this data/research isn’t conclusive. 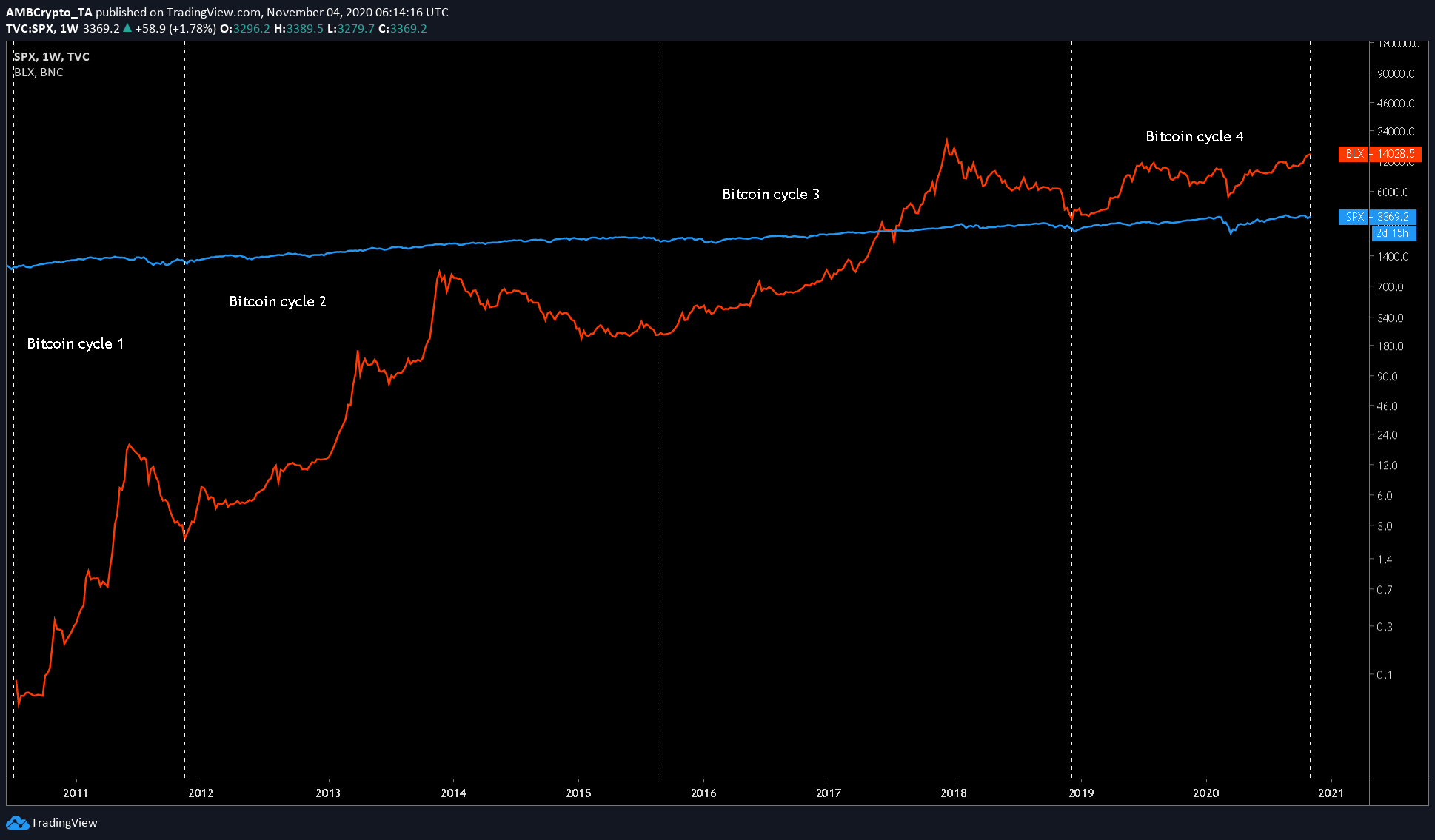 So far, Bitcoin has had 3 cycles, and the 4th cycle is still in play. In the same timeframe, the S&P 500 has been surging constantly without any sign of cycles. The last recent bottom for the S&P 500 was perhaps the 2008 crash. Since then, the index has been climbing without a drop in sight. Hence, due to this reason, the correlation of Bitcoin with the S&P is low.

Related Topics:Black ThursdayfeaturedMicroStrategyS&P500
Up Next

What are the chances of Bitcoin repeating its 2017 bull run?