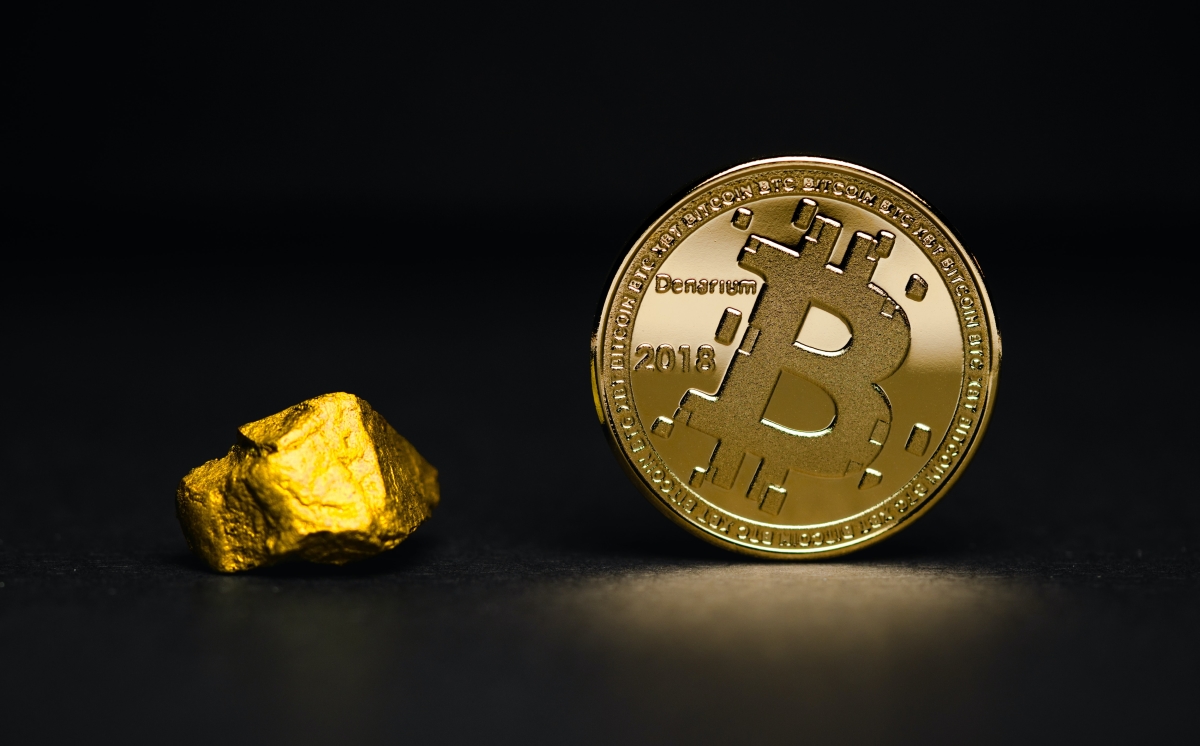 Whenever someones shout ‘Bitcoin’ in the crypto community, the chances of someone shouting ‘Gold’ back, are particularly high. Jokes aside, the number of Bitcoin-Gold comparisons, while identifying BTC as ‘digital gold’ has been somewhat of a theme in recent months.

While both the assets share similar financial properties based on scarcity, hedging against inflation, etc, they were not in the same ballpark of collation until a few months ago.

According to Ecoinometrics, back in 2012 before the 1st halving, more than 100 BTC was required to buy 1 ounce of Gold. After the 2nd halving in 2016, 1 ounce Gold could be purchased with 2.1 BTC and now, 4 years later, 1 BTC is approximately valued at 7 ounces of Gold.

Bitcoin has certainly bridged the gap to Gold’s market cap but the correlation with Gold was already very low until the 3rd halving. End of 1st halving, it was 2% and around 11% during the end of 2nd halving.

However, after the 3rd cycle in 2020, the BTC-GOLD correlation jumped to 43%, thus inflicting further comparative analysis.

Why the sudden correlation jump?

Here, the impact of fiat currency debasement comes into play. The value of the dollar has been deteriorating for the past couple of years but in 2020, it is down to a new low due to the pandemic. fiscal stimulus (i.e limitless money printing) has led to the rise in both Bitcoin and Gold, and because both these assets co-incidentally rosed at the same time, their correlation witnessed a spike.

So while Bitcoin’s 3rd halving did play a role in improving correlation with Gold, the liquidating event in the traditional stock market led it to a different height.

These factors ended up causing Bitcoin and Gold to compete for the same market, a safety-net against inflation when BTC was actually on its own growth cycle.

Gold-Bitcoin correlation: Will it drop in the future?

Ideally, Bitcoin did not want to be in this current position where an unstable global economic landscape is causing similar types of assets to converge.

The root of Bitcoin-Gold comparison comes from this herd mentality because the marketplace continues to see both the asset act the same way under the current financial environment.

However, every turbulent economic period has an expiry, and when the large financial scenery stabilizes, Bitcoin will continue to push ahead in terms of value, while Gold’s price will stabilize and increase at a slower rate. Therefore, the correlation will gradually decrease.

By the end of Bitcoin’s 3rd halving cycle, depending on BTC’s growth, it will possibly account for 5-10% of Gold’s market cap (currently at 2.4%). Bitcoin is keeping up with its algorithmic monetary policy and with time, a comparison with Gold could be thing of the past.