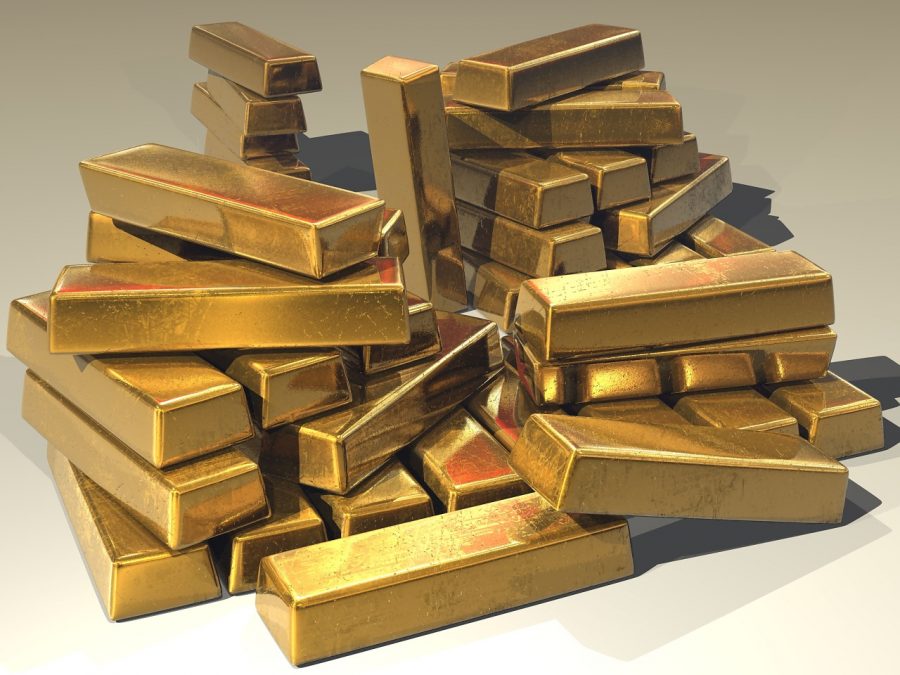 Bitcoin has been noting a very bearish sentiment in the market lately, with the coin tumbling down from its high value to the pits of $8k. This sudden fall in the price of Bitcoin was speculated by many to be related to the global pandemic that also resulted in traditional markets collapsing. Such movement raised an important question – Can Bitcoin still hold the title of a ‘safe haven’ asset?

While many shrugged off the question claiming that there are several other criteria for an asset to be considered a safe haven, others jumped to defend Gold as the ultimate refuge for investors during times of market and global turmoil.

After investors upheld the growth Gold was making following its price climbing to the highest levels seen since the beginning of 2013, the market was met by a charged bear on 28 February. The price of the yellow metal was up by almost 9% in 2020 as the value was pushed from $1,531.34 to $1,660.37. However, the market suddenly noted a large dip, reducing the value of the precious metal by 5%, or by $97.25. As the market closed on Friday, the final value of Gold stood at $1,685.40. 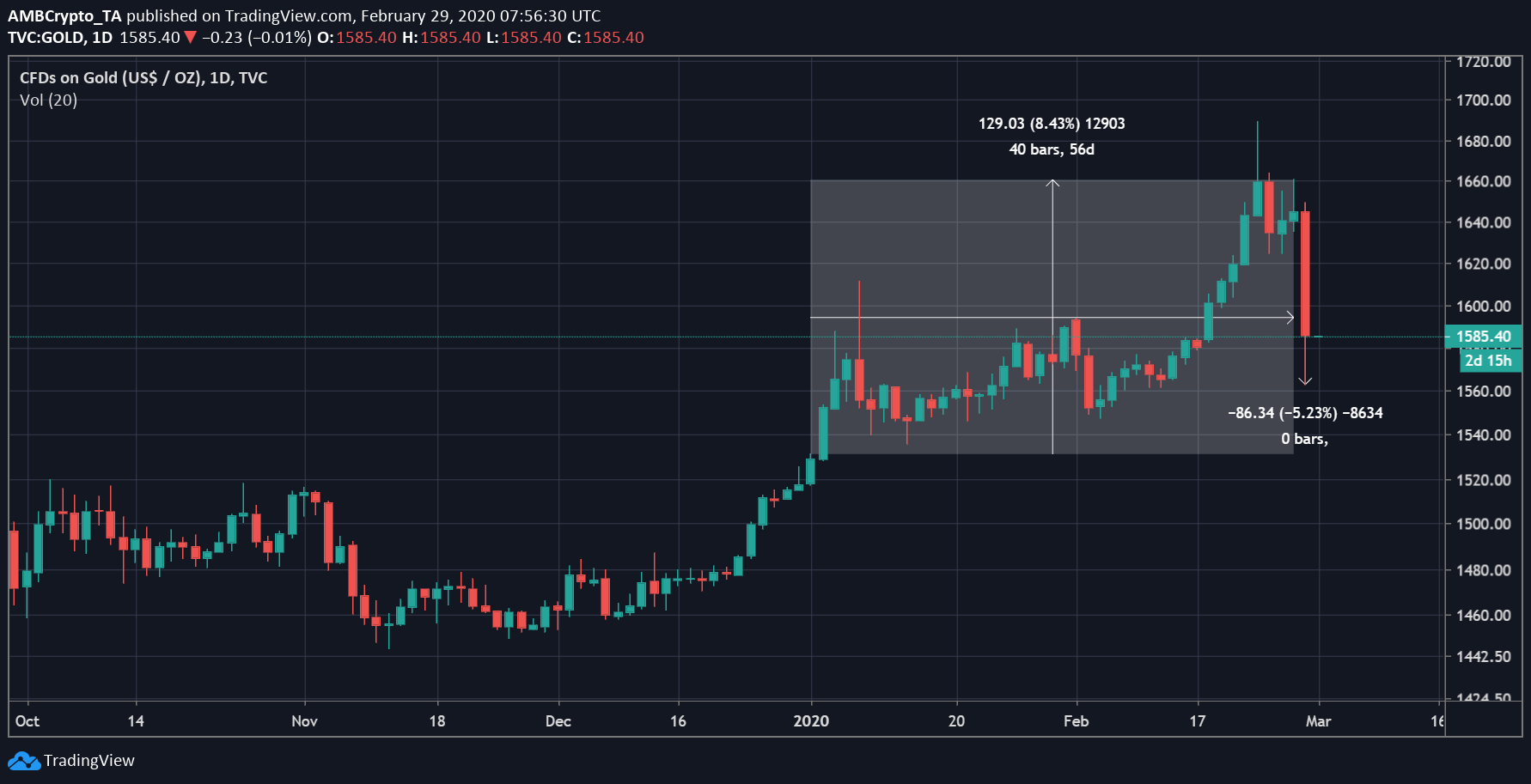 This fall of the tangible gold triggered strong anti-safe haven sentiments with regards to gold in the crypto-verse, with Dan Held, Business Development Director at Kraken, tweeting,

““Gold Joins the Virus Sell-Off With Biggest Slide Since 2013“
Where’s all the “sAfE hAvEn” jokes?
Oh so you’re telling me safe havens don’t always have to moon when the risk-on assets dip?”

Gold has been considered a safe refuge for investors and it has proved so during times of crisis, but this plunge caught many traders flat-footed. According to reports, Commerzbank AG analyst Carsten Fritsch commented on the fall by stating,

“It’s bloodshed. It first started with forced selling from equity investors who also sold their gold positions to cover their losses in equities and also cover margin calls. Gold investors don’t want to sell but are forced to cover the losses in other asset classes.”

Bitcoin has been surpassing Gold in various aspects of being a safe haven. Even though both Gold and Bitcoin are highly uncorrelated with global instability, Bitcoin outperformed gold with respect to ease of purchase and storage, transferability around the world across borders with the use of a smartphone, while also not requiring the involvement of a third party to protect from censorship or confiscation during a crisis.

“What matters is that bitcoin keeps providing confiscation and censorship resistance, while building liquidity and maintaining its uncorrelated property. This is what really makes it a safe haven.”

On the other hand, Bitcoin and Gold’s correlation has been rising after a dip on 19 February. The correlation coefficient stood at 0.0772, at press time, indicating that the digital gold and the tangible gold still are highly correlated.