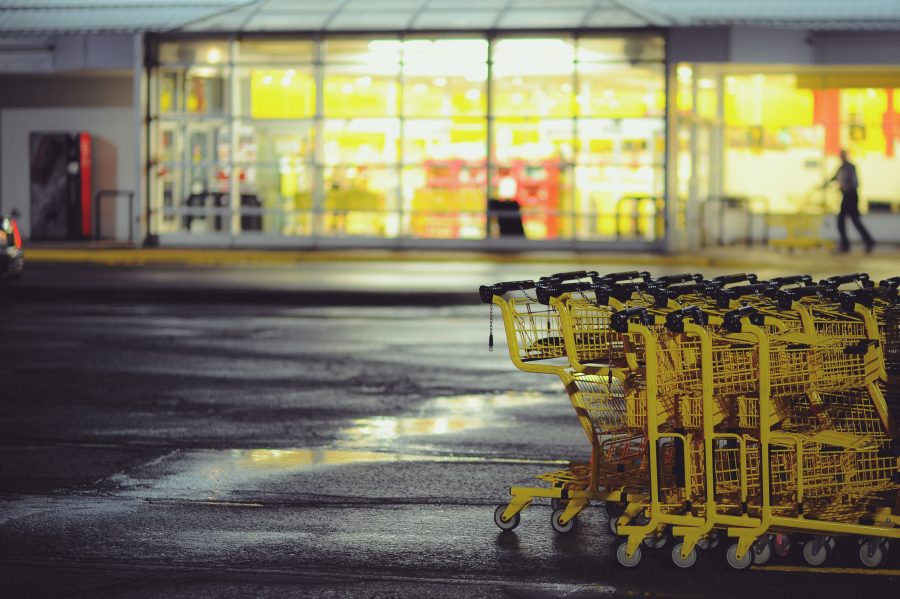 Bitcoin’s price swing is usually closely followed by a surge in the term “digital gold.” This perfectly illustrates the tendency of the market and its adherents to classify the cryptocurrency as a “store of value,” and over the past year, this claim has been well justified.

Pegged against traditional investments like equity and commodities that boast the same claim, the world’s largest cryptocurrency has come out on top. 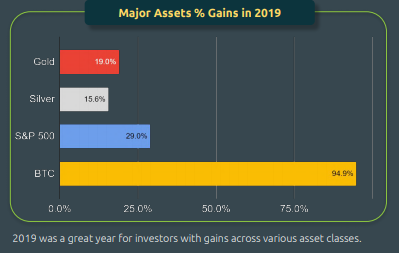 Bitcoin traded between a wide range – Beginning the year at $3,400 and reaching a YTD high of $13,800 in June, while closing the year at just above $7,500. The market’s other assets did not face the same degree of volatility, however. Gold and the S&P500 saw consistent upward movements, while silver began losing ground in the second half of the year.

Gold began its swift forward-looking surge in May 2019, aided, in good measure, by the United States and China resuming their trade-war. As Beijing and Washington began flexing their open-market operations’ muscle, dropping interest rates and devaluing currency, investors looked elsewhere. Gold rapidly rose to a yearly high of $1,550 per ounce by September 2019, its highest price since April 2013.

The S&P500 began its recovery in October, gaining over 330 points in the last quarter of the year alone.

Despite Bitcoin’s price graph seeing more erratic movements throughout 2019, it ended the year on yet another higher-low, a feat the cryptocurrency has notched every year except 2015.

On an individual basis, there is a stark difference between the three assets’ performance; but together, there is some similarity. The correlation between Bitcoin and gold is at its highest point since 2016, a prime example of the same is the like-for-like pump seen immediately after the killing of Iranian commander Soleimani at the hands of the Americans.

Bitcoin and the S&P500, on the other hand, have moved in opposite directions. Despite many analysts noting that Bitcoin does well when the S&P is up by over 15 percent, the cryptocurrency and the equity index’s correlation, in 2019, reached its lowest point in the past 5 years.

Related Topics:goldS&P500Store of value
Up Next

Tether was 2019’s most dominant, most ‘stable’ stablecoin: Report

Bitcoin’s price in 2019 was heavily driven by the ‘news’