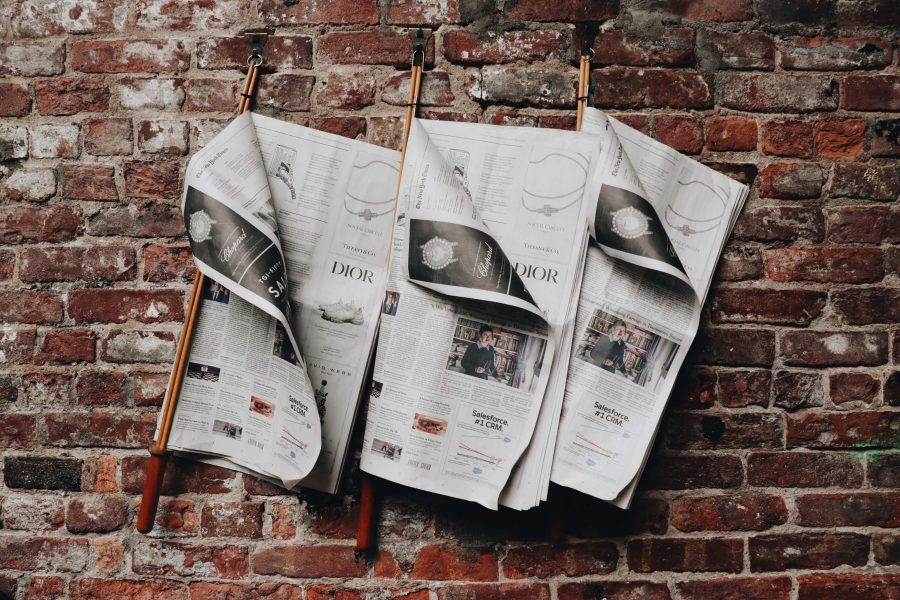 Bitcoin has been reading the news, more than you’d think.

In 2019, an egg became an Internet sensation, TikTok saw teenagers act like idiots, Hong Kong and Venezuela got engulfed by protests, but most importantly, Bitcoin got its first-ever Trump-tweet! The Presidential mention of Bitcoin was one of the key events that showed that the cryptocurrency was seeing increased sensitivity to events, both intrinsic and extrinsic to the cryptocurrency world.

Bitcoin saw nine key events influence its price in 2019, a year that saw Bitcoin rise by over 300 percent.

According to the yearly report presented by cryptocurrency analytics firm CoinGecko, the cryptocurrency’s price movement in 2019 was “largely news-driven.” Most notable of the news-driven fluctuations came from China.

These events, while crypto-focused, were not necessarily confined to the decentralized currency world, however, with the report presenting the notion that Bitcoin is increasingly being affected by economic and political movements that have a macro-impact. 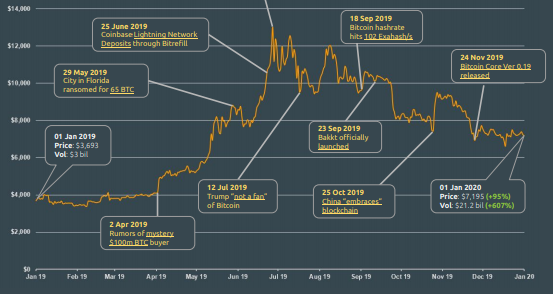 Source: Bitcoin in the news, CoinGecko

Bitcoin’s first major move in 2019 happened on 2 April, when the price soared by 17 percent in a day, with a peculiar source. A “mystery order” of 20,000 BTC worth over $100 million across Coinbase, Kraken, and Bitstamp was cited as the reason for the move. Coinbase receiving Lighting through Bitrefill’s Thor service was credited for the June move to Bitcoin’s 2019 high of $13,800. It should also be noted that the aforementioned movement happened around the time when Facebook introduced the world to Libra, its crypto-project, a development that was another contributing factor.

While Bitcoin did see positives from Libra, President Donald Trump did not. The U.S President’s famous Bitcoin is based on “thin air” tweet on 12 July saw the world’s largest cryptocurrency drop below $10,000.

The hashrate high of mid-September was outdone by the Bakkt launch two weeks later, a development that saw Bitcoin drop below $8,500 as institutional investors chided the Intercontinental Exchange’s digital assets platform.

The final quarter of the year was dominated by China. Blockchain became the country’s main focus, as reiterated by Xi Jinping himself, while cryptocurrency became the foe. China embracing blockchain saw Bitcoin make its biggest daily gain on 25 October, while the country’s crypto-crackdown later saw the price take a sharp U-turn.

No doubt, the continued development of the digital yuan, slated for a 2020 release, will have spillover effects on Bitcoin’s price throughout the year.

Bitcoin’s 2019 case for being “news-driven” was further enhanced at the start of 2020. The United States’ drone attack against Qasem Soleimani, an Iranian military commander, saw Bitcoin, along with gold and oil, rise. The Iranian retaliation, a few days later, saw Bitcoin jump over $8,500 for the first time since November 2019, while simmering tensions saw a price reversal soon,