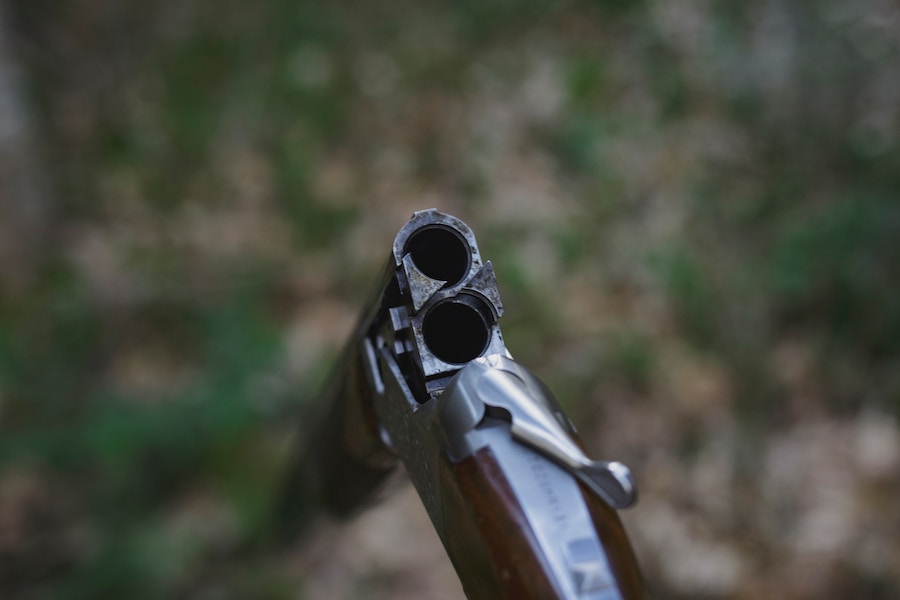 “Privacy is not something that I’m merely entitled to, it’s an absolute prerequisite” ~ Marlon Brando

Privacy in itself is a spectrum; the meaning differs from one person to another. There are people who are absolutely fine with being completely surveilled on, there are people who are okay with partial surveillance, and there are also people who are completely against surveillance of any kind. Take “Keeping up with the Kardashians”, Snapchat and Insta as an example: Reality TV andsocial media have merged the lines between privacy and reality! And then there’s China- where the government knows everything from your last purchase to your browsing history.

“Always eyes watching you and the voice enveloping you. Asleep or awake, indoors or out of doors, in the bath or bed—no escape. Nothing was your own except the few cubic centimeters in your skull.”-1984, George Orwell

Now, when I think about privacy and connect it to the cryptocurrency space, the first thing that pops up in my mind is Riccardo Spagni, former lead maintainer of Monero, going ‘Privacy is a basic human right.’

When it comes to cryptocurrencies that are privacy-oriented, there are several in the market, but the most frequently touted one is undoubtedly Monero. This cryptocurrency is in not only educating users about the need for financial privacy but also paving the path one can take to ensure that their financial information stays with them and them alone.

Sticking by the prime narrative:

While the Bitcoin community has been indecisive about what it represents [Is it a peer-to-peer electronic cash system? or Is it a store of value/ digital gold?], Monero community has always sure about its raison d’etre- a digital currency that has privacy at its core and has not deviated from this path.

Most network upgrades have been focused on making Monero more private, while also ensuring that it was KYC/ AML compliant. The cryptocurrency stands on top of four main pillars: security, privacy, un-traceability, and fungibility.

Monero uses stealth address to hide the receiver’s address, ring signature to hide the sender’s address, and ringCT to obfuscate the transaction amount. Privacy-centric features don’t just end here! The team is looking at implementing MimbleWimble, which will feature alongside Tari, a project led by Riccardo Spagni.

What does Monero aim to achieve? Justin Ehrenhofer, one of the prominent members of Monero community, told AMBCrypto:

“Financial privacy is extremely important for individuals and businesses. People forget how much information is shared publicly with other coins. Privacy coins (Monero in particular) provide the privacy protections that people are already familiar with using cash.”

“Surveillance coins allow for users to be easily targeted by wealth, associations, employer, and more. They can be targeted for any reason, not just targeted by law enforcement for criminal acts.”

“Security, privacy, and robustness, are all ongoing goals that you never achieve. It’s dangerous to believe that you’ve reached a point where it is now ‘secure enough’ or ‘private enough’ or ‘robust enough’” ~ Riccardo Spagni on Twitter

Monero has implemented and adopted all the technologies and protocols that enhance its privacy. The question that remains – is it completely untraceable? Justin Ehrenhofer said,

“Monero provides a higher base level of privacy than any other cryptocurrency. It’s the only major coin with privacy features that are substantially used.”

When asked about whether or not Monero was truly untraceable in its current form, he said,

“It depends what you’re looking for. Nothing is perfect, but Monero offers very strong privacy protections for all users.”

Diego Salazar, another prominent contributor to Monero’s development, told AMBCrypto that on a scale of one to ten, with ten being the best, in terms of privacy, he would rank Monero somewhere between three and four, adding the reason as how hard privacy was to achieve on a distributed ledger. He said,

“[To him] Monero represents trustless privacy. All the other privacy coins out there, a lot of them either have element of trust or very fragile privacy […] Monero is the only currency out there that has committed to privacy by default and privacy mandatory for everybody and it achieves privacy in trustless way where you don’t have to trust anybody.”

In what sound like a Shakespearean tragedy, ironically, What makes Monero, Monero, is also what makes it the prime target of governments and regulatory authorities across the world, citing concerns of money laundering and funding criminal activities. The direct result being exchanges’ delisting the cryptocurrency from their platform in order to be regulatory compliant.

Speaking with AMBCrypto, Justin stated that the delisting spree has already started to hinder Monero’s adoption. He further added,

“But I’m optimistic that with time, Monero and other privacy technologies will be accepted by exchanges and regulators. These privacy features are in high demand from users and are needed for completely legal reasons.”

Contrarily, Diego Salazar expressed that this move by the exchanges was “a little silly.” He further told AMBCrypto that Monero was, in fact, “very KYC complaint” as it was similar to how cash functions. He elaborated that while a bank has all the information of its customers, it would still not have any idea as to what the person does with the cash withdrawn from the account.

“Monero mimics this [cash] current system. In that the exchange can still see, assuming I’m on that exchange and did KYC/ AML, they have my name, they have my address, they have all the information and they know that Diego just purchased 10 Monero and took it out. But, after I leave the exchange, they don’t know what I did with the Monero, and, in my opinion, that is kind of sane way to do things.”

While its privacy aspect has been building and breaking the cryptocurrency at the same time, the downfall would likely not continue for a long time. In an interview for Monero Talk, Justin stated that the team was working on a legal construct that would allow exchanges to list the cryptocurrency, which would be in tune with the rules and regulations.

Another narrative that Monero is truly known for is its battle against ASIC mining. As important as privacy is to the community, so is resisting centralization of the mining network.

Developers, at first, opted to tweak the network every six months, this move was criticized by many, citing the reasons as compromising the security of the network for ‘decentralization.’

There were also some people in the space who claimed that the best way to tackle the centralization problem is by ensuring that the network was ASIC friendly as it would create the doorway to cheap ASICs that can be affordable by a majority.

However, Monero was not going to budge from this battle. Taking into account the criticisms and the constant effort being put into frequent network upgrade, the team decided it would be best to change the mining algorithm of Monero to one which would keep ASIC miners at bay… for at least a few years. Thus, entered RandomX – randomly generated machine-language programs for a virtual machine.

The main aim of the shift from CryptonightR to RandomX was to ensure that CPU miners had more advantages over ASIC miners, with the shift even affecting GPU miners to an extent. The reasoning behind choosing CPU miners over GPU miners was that the CPUs, in general, were much more commonly used than GPUs, thus ensuring more decentralization of the network.

The new algorithm went through four different audits, all of which were completed successfully. The audits were conducted by Quarkslab, Trail by Bits, Kudelski Security, and X41 D-Sec.

Post the audit, the development team had pinned November 30 as the day the shift would take place, which was also deemed successful. Since the network upgrade, Monero has seen a significant increase in its hash rate and mining difficulty and a decrease in its mining profitability.

Monero’s mining difficulty for the past six months | Source: Bitinfocharts

Monero’s hash rate for the past six-months | Source: Bitinfocharts

Monero’s profitability for the past six-months | Source: Bitinfocharts

Now, whether or not RandomX has achieved what it promised to, warding off ASIC mining, it is still too early make the call. If it were to end up failing, there is still nothing to lose at the end of the tunnel, but just more to learn, said Diego.

In retrospect, no other crypto has been as dedicated as Monero towards ASIC-resistance, and if RandomX were to fail, then it may just prove that ASIC resistance was truly unachievable, and if it were to succeed, then it Monero could just lead by example in making mining more decentralized and accessible.