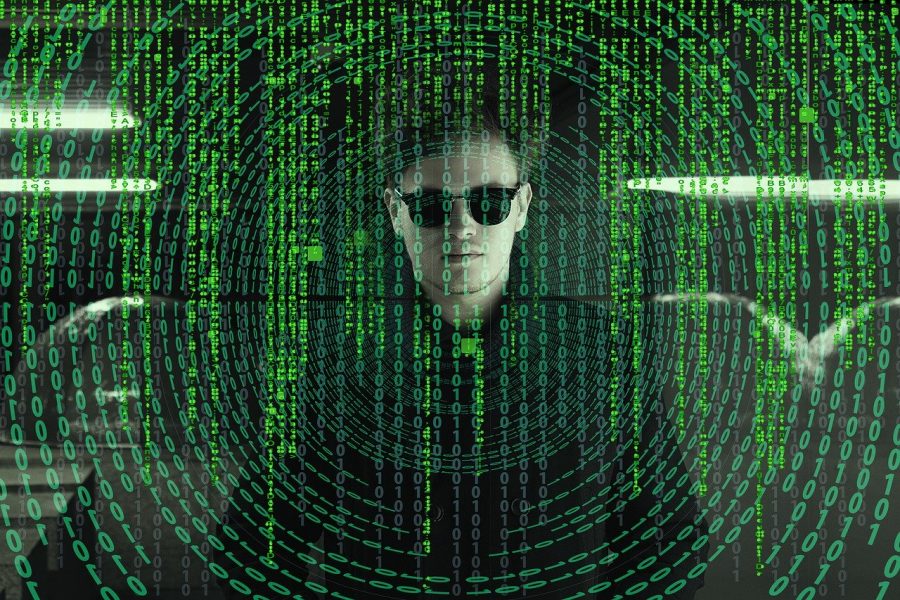 “Today we know that centralization and big bureaucracies have not, as promised, been the answer for promoting better opportunities for society” ~ Carlos Salinas de Gortari

To ASIC or not to ASIC has been the dilemma for years now. For some, the distinction is very easy; it comes down to choosing between centralization and decentralization. For others, it is about taking all the aspects of mining into consideration and opting for what’s best suitable for the end participants and the network altogether. With ASICs in the scene, one side of the coin depicts decentralization, the other side portrays centralization. A coin that’s puzzling not only to the ones in the cryptocurrency space, but also to the ones outside.

While there are many projects that completely oppose even the idea of ASIC mining, there is an equal number of projects or even more that have warmly embraced the new idea. And, why not? Decentralization means an open-market, which in turn symbolizes technological advancement.

On one hand, the argument that’s pro-ASIC is that “it contributes to the network security,” which is debatable. On the other hand, the argument that it leads to centralization of the network is something that’s hard to be brushed off. The security threats of ASIC mining centralization include ASIC boost, selfish mining, eclipse attacks, and launching a 51 percent attack without having 51 percent hash power (just by collaborating with three or four other mining pools). The problems of ASIC mining have taken a prominent seat in the crypto-market.

However, this is not the only factor that bothers miners and participants. There is only a portion of the community that can afford ASIC miners and the ones who can also have their table full with the question of whether or not their ASIC miners will be profitable by the time it ships.

The largest cryptocurrency, Bitcoin, is among those cryptocurrencies that have been pro-ASIC mining, and it is because of this very cryptocurrency that ASIC mining has gained a strong foothold in this space. The mining evolution from CPU to GPU to FPGA to ASIC completely superseded Satoshi Nakamoto’s “one CPU, one vote” rule.

“If you see what’s been happening with every single cryptocurrency has ASICs, even the ones that claim to be ASIC resistant. And the reason is very simple, it just you can do it more efficiently. You are just doing a fairly simple algorithm and doing that in hardware is going to more efficient than doing it in software. There’s no going around that and the economic is such that you just cannot resist. It’s just futile to try and resist. The ASICs are going to happen anyway and they are actually good for you. So, resisting is futile and actually counter productive.”

While Bitcoin itself is relatively safe from the biggest problems of ASIC mining and centralization – 51 percent attack, the same, however, does not hold true for other cryptocurrencies. The reason is quite simple; the cost of BTC mining and the price is higher compared to the rest of p-o-w coins. In short, it’s possible, but it’s not quite feasible for the attacker considering there would also be a war against the rest 49 percent, and even if one percent hash rate is lost to the other side, it would mean game-over. Meaning, there’s zero economic incentive for launching a 51% attack on Bitcoin.

A classic example of the blunders that can be caused by mining pools powered by ASICs is the Bitcoin Cash vs Bitcoin Satoshi Vision hash war that took place towards the end of 2018. Some market speculators even claimed that the hash war resulted in not only two different chains, but also the crash of Bitcoin’s price and hash rate towards the end of last year.

This was not the first time Bitcoin Cash got dragged into a mining war, nor was it the last time that BCH made headlines concerning matters related to mining. The cryptocurrency was itself a result of a fork war that took place in 2017 over the bigger block size argument. The latest on the shelf was this year’s report on re-org, carried out by BTC.com and BTC.top, with both pools joining hands to reverse blocks of transactions in order to cease an unknown miner from gaining access to coins, an exploit taking advantage of after May 15 hard fork.

Such instances show how the most important pillar of any cryptocurrency in the market, decentralization, can be undermined.

While many are of the opinion that ASIC-resistance is futile, there are still projects that stand firm against ASIC-mining, keeping decentralization as the most important goal, even though there hasn’t been any substantial proof that this is an achievable goal.

Ethereum and Monero were the two coins that held the beacon of ASIC Resistance; Ethereum with back-and-forth discussion over implementing ProgPoW, and Monero with RandomX.

While ‘To ASIC or not to ASIC’ is a dilemma that the entire ecosystem faces, ‘to ProgPoW or not to ProgPoW’ is the question the Ethereum community is struggling with.

The reason to implement ProgPoW is simple, ASIC resistance, which even had a greenlight from the auditors. There are several reasons against it: debates of GPU miners buy-outs, Proof-of-Stake shift, and problems with the teams that proposed the algorithm.

“When Ethereum was started it was like we don’t want ASICs, we don’t want to be like Bitcoin, we don’t want our mining to be dominated by a few of these Chinese companies. So, we are going to do something which is memory hard and runs on GPUs and not specialist hardware. It’s a different time now and I think what we’ve ended up inheriting there is not something that really makes sense anymore. The ASIC resistance is a myth. You can’t resist it.”

How does ProgPoW aim to answer the ASIC question? ProgPoW would have five key elements to its algorithm: change from Keccack_f1600 to Keccack_f800 [shift from 64-bit words to 32-bit words], the random sequence generated would change every 50 blocks, the DRAM would increase to 256 bytes from 128 bytes, adds reads from a small, and low-latency cache that supports random addresses.

ProgPoW would not eliminate the threat of ASIC mining. It would merely make it minimal by giving GPU miners a boost. The GitHub post reads,

“The design goal of ProgPoW is to have the algorithm’s requirements match what is available on commodity GPUs. If the algorithm were to be implemented on custom ASIC there should be little efficiency gains compared to a commodity GPU.”

The algorithm was supposed to make a debut this year with the Istanbul hard fork, but was postponed to the next one due to audit delays. Sailing through these troublesome factors, it is still unclear whether ProgPoW would ever make it to the Mainnet.

The ‘I have a dream’ of Monero

When Bitmain announced an Antminer designed for Cryptonight-based cryptocurrencies, it left the entire Monero community in a state of shock. If there was one thing that this community was sure of, it was that ASIC miners were a no-no.

The immediate response was to tweak the network algorithm on a constant basis, in this case – every six months. While the strategy did come at a cost – compromising the security of the network, it did work. In the ASIC-manufacturers‘ perspective, it would be pointless in terms of cost and effort to build an ASIC only to see the cryptocurrency change its algorithm to a different one.

Interestingly, the tweak in the mining algorithm brought an end to the popular crypto-jacking service, Coinhive, on 8 March 2019. The official announcement on the discontinuation of the service, stated,

“The drop in hash rate (over 51%) after the last Monero harh fork hit us hard. So did the ‘crash’ of crypto currency market with the value of XMR depreciating over 85% within a year. This and the announced hard fork and algorithm update of Monero network on March 9 has lead us to the conclusion that we need to discontinue Coinhive.”

The Monero community upped the ante with RandomX. The algorithm will be using all components of the core but not all of the chips, including the memory interface of the uncore; a difficult aspect to achieve for ASICs as it only focuses on one element in mining. The algorithm was changed from CryptonightR to RandomX at the end of November 2019. Its maiden voyage has been on easy waters so far. “Test fast, fail fast, adjust fast” has been Monero’s mantra so far.

In December 2019, Vertcoin [VTC], ranked 306 on CoinMarketCap, recorded a 51 percent attack. Interestingly, the cryptocurrency has always been at arms against ASIC mining and had opted for Lyra2REv3 proof-of-work algorithm. Notably, this was not the first time the coin succumbed to the attack as the network faced a 51% attack in December 2018 too. A GitHub post on the attack stated,

“On Sunday, 1 December 2019 15:19:47 GMT 603 blocks were removed from the VTC main chain and replaced by 553 attacker blocks. We note that 600 blocks is the current confirmation requirement for VTC on Bittrex. There were 5 double-spent outputs in which ~ 125 VTC (~$29) was redirected. Each of the double-spent outputs are coinbase outputs owned by the attacker and it is unknown to whom the coins were originally sent before being swept to an attacker address after the reorg.”

While the topic of ASIC centralization continues to be hot debate every now and then, Blockstream, a blockchain technology company, unveiled its mining colocation service and Blockstream Pool, earlier this year. In an episode of Magical Crypto Friends, CSO of Blockstream, Samson Mow, said that the pool would be contributing to Bitcoin’s mining decentralization as it utilizes BetterHash protocol. Mow had stated,

“So, you can run your own node at home, you can host your miners in a facility or you could have your own miners in your facility and then run BetterHash node that would connect to our pool and then it’s just more decentralized overall […]”

After all that’s said and done, the question here is not if ASIC resistance or mining is the way, but is Decentralization truly achievable?

Related Topics:Bitcoin miningBlockstreamfeaturedminingmoneroRandomX
Up Next

Chainalysis claims contrary to reports, fake volumes went down in 2019