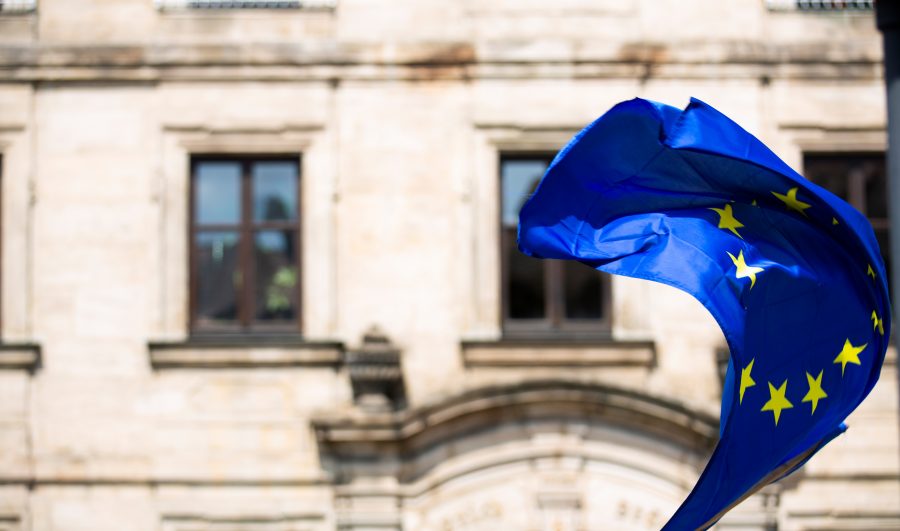 We live in a world where we rarely act, but often react. Europe is playing on that very tendency.

From the East and the West of the continent, digital currencies are being embraced rapidly. On the other side of the Atlantic, Facebook, the social media giant, sent shockwaves throughout the corporate and sovereign world by introducing its ‘world currency,’ Libra. In response, Beijing revealed that it has been working on a digital version of the Chinese yuan for over a year.

On both fronts, Europe was caught off-guard, and now it looks to respond, mulling the possibility of its own Central Bank-Backed Digital Currency [CBDC]. In a recent interview with CNBC, Beatrice Weder di Mauro, President of the Centre of Economic Policy Research [CEPR], signalled the need for a European digital currency. What’s interesting to note here is that she is not the first to suggest the same.

Speaking primarily on the topic of Libra, following Mark Zuckerberg’s hearing before the U.S House Financial Services Committee on October 23, di Mauro is of the opinion that Libra will “probably not happen.” Irrespective of Libra’s fate, the CEPR president stated that it has “already shaken up the central banking community.”

An important after-effect of Libra, from a central banking perspective, is the possibility of sovereign digital currencies, as China is planning to launch. She added,

“You can actually show that an international monetary system with a global currency would have advantages over the one we have at present where there is a huge dominance of the dollar.”

Such a digital currency does not have to work on the whim or even support the U.S Dollar. In fact, it can dislodge it, as other European central bank officials have pointed out. Central Banks across Europe can “band together” and issue a digital currency, di Mauro added, backing the claims made by Bank of England Governor Mark Carney a few months ago.

At the Economic Policy Symposium held in Jackson Hole, Wyoming, Carney had said that a digital currency backed by central banks could replace the U.S Dollar as the reserve currency of the world, which in his opinion, is still as strong as when the Bretton Woods system collapsed in 1971. He stated,

“It is an open question whether such a new Synthetic Hegemonic Currency (SHC) would be best provided by the public sector, perhaps through a network of central bank digital currencies.”

di Mauro veered towards a similar sentiment, stating that such a currency could very well be a possibility in the near future. She added,

“Central Banks would be able, if they banded together, to issue a global currency themselves. In fact, Mark Carney has made this proposal at Jackson Hole quite recently and I agree with him. A synthetic global currency issued by the public sector. Why not?”

Libra and China have no doubt unsettled European officials and urged them to think about launching their own equivalent of the digital yuan linked to the Euro. Other central bank officials have even presented a case where such a digital currency could prevent the supply of the Euro from being stifled.

Denis Beau, Deputy Governor at the Bank of France, stated last week that there is tremendous “motivation” to issue, what he called, a “retail CNDC.” Libra, which he mentioned is an example of “private payment structures” or a “non-Euro area CBDC,” possibly referring to the digital yuan, could end up diverting the supply of the Euro through the infrastructure of digital payments. This duo could, he added, “achieve significant market power, thus posing risks to security and financial stability.”

In closing, the Bank of France official had stated that CBDCs should not be feared, but rather embraced,

“But all in all, I would say that, whatever the final orientations taken, we shouldn’t refrain from experimenting the different forms of CBDC.”