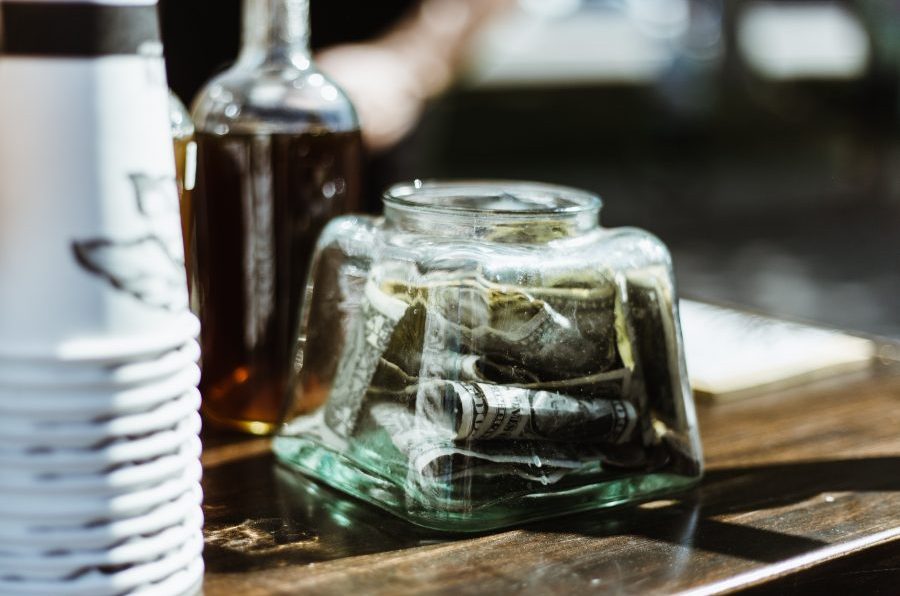 Cryptopia, the New Zealand-based cryptocurrency exchange that fell victim to not one but two hacks, released an update on its liquidation process, earlier today. The exchange made the announcement via its official Twitter handle, which tweeted,

“The latest update for #Cryptopia stakeholders is now available. The next statutory report is due in early December and we will provide a formal update on the liquidation progress via this report.”

The exchange reported the hack at the beginning of January this year, a hack which resulted in the loss of $16 million worth of Ethereum and other cryptocurrencies. Following this, the exchange went under maintenance in order to assess the matter. However, its ordeal did not quite end there as it fell victim to another hack towards the end of January, doubling its losses.

Nevertheless, it re-opened its operations in the following months. This too turned out to be vain attempt as the exchange eventually announced its plans of liquidation by appointing David Roscoe and Russell Moore from Grant Thornton as its liquidators.

The latest report outlines the progress made so far and the next steps that will be taken in the liquidation process. It stated that the court has granted its request of appointing the Queen’s Counsel, with the report releasing six documents related to the case. It also stated that the liquidators can deduct the case’s expenses from the exchange’s funds, as per court orders. A document read,

“[…] on 29 May 2019 this Court granted Orders permitting the Liquidators to deduct from NZD holdings and the realised Bitcoin holding of Cryptopia, their reasonable costs and expenses of and incidental to the protection, preservation, recovery, management and administration of any digital assets held by the company […]”

“The liquidators consider that the appointment of experienced counsel to represent the interests of the two stakeholder groups identified will facilitate the pragmatic and efficient determination of the Originating Application and is the interests of Cryptopia’s customers and creditors as a whole.”

This aside, the document also said that there were 921,629 account holders who had positive coin balance, who “will have an interest in the Originating Application as persons who may receive a distribution.” It also stated that according to the company records, there were 37 creditors who had claims of NZD 12.7 million, adding that there were also a “significant number of parties that have filed claims as unsecured creditors.”

Additionally, the document stated that the digital assets held by the liquidators as of 1 October 2019, equated to NZD 200 million, subject to price fluctuations and that the assets were worth NZD 6 million. It stated,

“The Liquidators have identified a number of legal issues that require determination in order to enable them to complete the process of ascertaining the assets of the Company, and their obligations in respect of the Digital Assets.” 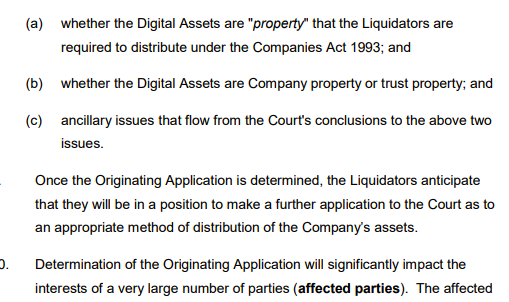 Further, the document stated that the only contact information the liquidators had on around 90 to 95 percent of account holders was their email IDs, suggesting that this is the reason why they “cannot effect personal service” to the said holders. It is also important to note that the account holders are required to complete the KYC/AML process in order to make claims on the return of assets. Notably, the liquidators are expecting some holders to not make claims because of the KYC/ AML process. The document read,

“It is anticipated that some Account Holders will choose not to make a claim in the liquidation, for reasons including a wish to maintain anonymity, which is one of the features of cryptocurrency trading.”

Binance’s Venus is the Belt and Road version of Libra: Yi He

European central banks could ‘band together’ to issue a CBDC