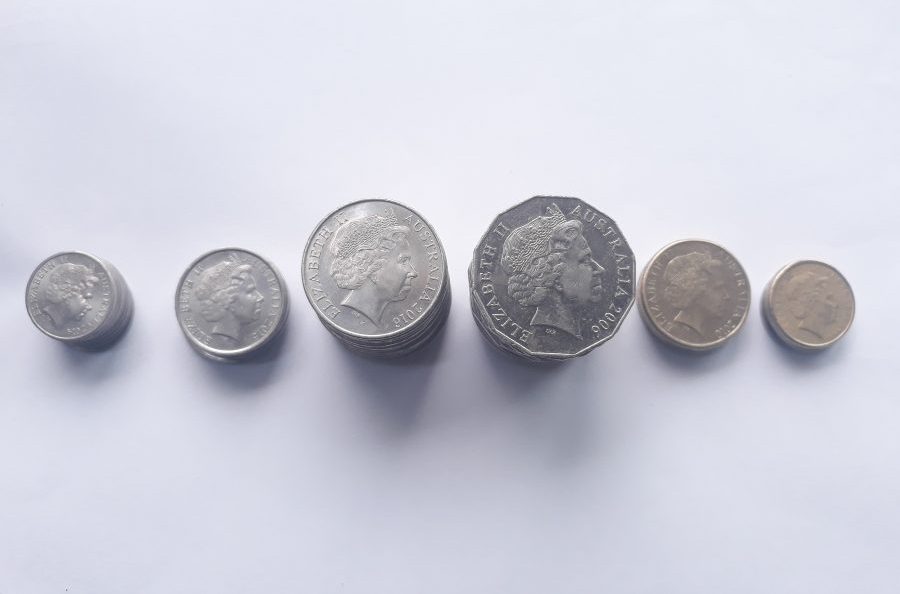 The Ethereum Cat Herders recently released a report on the latest updates in the Ethereum community. One of the updates was with regard to ProgPoW audit funding. In April 2019, Hudson Jameson had announced that they had successfully raised funds – capped at $50,000 DAI – needed for the ProgPoW to go ahead, with Least Authority doing the software audit and Bob Rao doing the hardware audit.

The audit was funded by some of the Ethereum community members via the Gitcoin page, Ethereum Foundation, and Bitfly. Notably, the team managed to raise “almost double the number of funds that were needed.” The team has now decided to refund the remaining funds that were not used for the audit, back to the community.

According to the recent ECH meeting on YouTube, there are around 13,000 DAI remaining from the audit funds and it has been decided that these remaining funds will be refunded to all the people who contributed via Gitcoin in full. One of the major donors, Ethereum Foundation, “agreed to leave their extra funds (about $4000) with Cat Herders.”

On the other hand, Atlantic Crypto, the US-based owner and operator of cryptocurrency mining facilities that donated 10,750 DAI via Gitcoin, opted out of the refund. The report said,

“Atlantic Crypto, the second-largest donor through the Gitcoin page agreed that we don’t refund them but instead refund the rest of the community contributors who donated for ProgPOW funding […] Refund transactions will be sent out in the coming week followed by a blog.”

This aside, the fate of ProgPoW continues to be unclear, despite the audit results giving a green sign. One of the main concerns surrounding the implementation comes in from the community’s side as the ECH is yet to determine which side the majority is on: whether to implement or not to implement. During the previous Ethereum Core Devs meeting, Hudson Jameson had said,

“There has been some community sentiment that they don’t want it in. For me, personally, it’s hard to tell if it’s a few loud voices or actual majority of the community that would find this thing to matter to them […] This was already in a blessed state in my opinion. It’s already been implemented mostly […]” 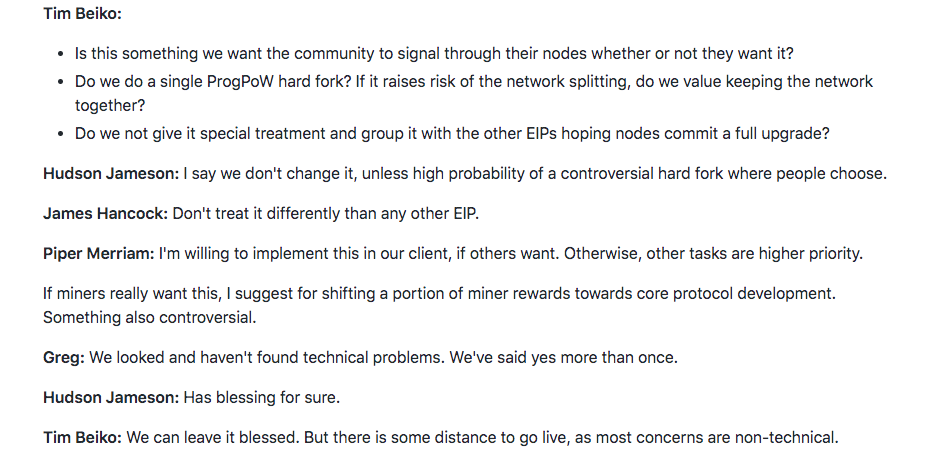