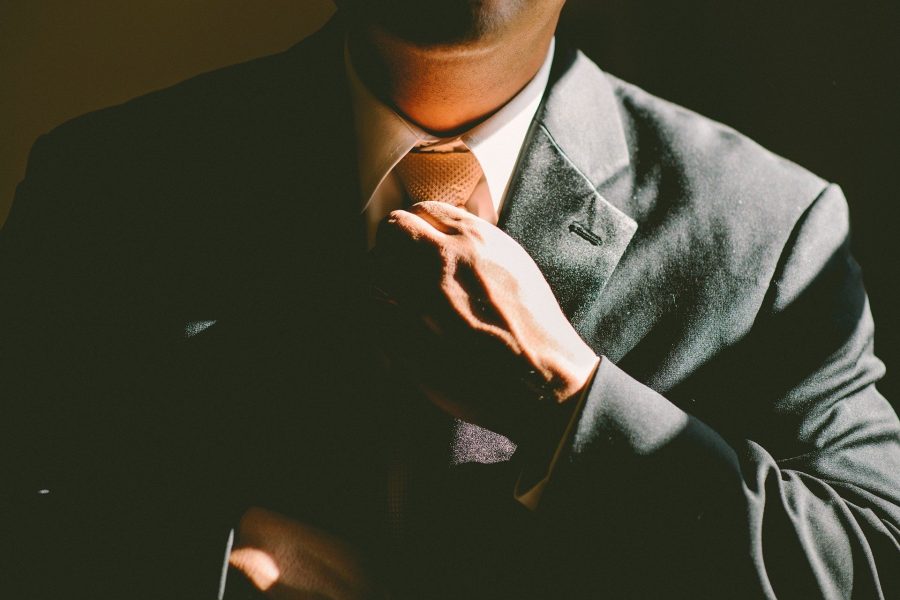 “Today, what the world needs is a forum for both private and government interactions to come up with a good framework for digital assets.” – Yi He, Co-founder and CMO, Binance

The cryptocurrency space is highly volatile. The lack of regulatory clarity has added to the woes. Despite several hurdles, the industry has established itself as a creator of endless opportunities. Over the years, cryptocurrencies and blockchain have also actively positioned themselves as a lucrative space for employment with its job offerings.

In a recent conversation with AMBCrypto, Yi He, co-founder and CMO of Binance, stated,

“We are witnessing a slowdown of major economies; blockchain and crypto, if met with good regulations, can help spring up startups and employment all across the world and also make a positive impact on the world economy.”

She went on to add,

“Cryptocurrency attributes may have certain security risks, but so do fiat currencies; we have frameworks for it to protect everyone’s vested interest, crypto can also benefit from the same. When I look from a global perspective, these are not lethal risks, but rather they are necessary growing pains for the industry to mature and develop.

Yi He’s observations are interesting since, in the first quarter of 2018, jobs in the Blockchain field topped the list of emerging markets. According to the global freelancing website Upwork, Blockchain reported a growth of over 2,000% for three quarters in a row on its platform. Additionally, in Q1 of 2018, blockchain registered over 6,000% in YoY growth, “making it the fastest-growing skill out of more than 5,000 skills on the site,” according to Upwork.

Here, it should also be noted that the period in question coincided with the bull rally of 2017-2018, a period that saw Bitcoin and other cryptocurrencies skyrocket in terms of its valuation.

Enter 2019 – this trend changed dramatically as the crypto-market entered a bearish phase. Apart from growing market participants and a more matured ecosystem, with respect to the job scenario, this year was characterized by high profile lay-offs. Not only did blockchain analytics firm Chainalysis lay off nearly 20% of its workforce, but ConsenSys cut 13% of its team, something the firm labeled as a “shift in strategy.”

Cryptocurrency mining giant Bitmain also laid off more than 50% of its employees and it is now planning to reduce the workforce further, after the Bitcoin block reward halving.

Further, it wouldn’t be surprising if these trends follow the price of Bitcoin. In fact, Devin Banerjee, a Senior Financial Services Editor at LinkedIn, had previously plotted the proportion of new hires mapped alongside the monthly BTC price, indicating that the hiring followed the price of Bitcoin.

This is an interesting finding as according to many, Bitcoin, the world’s largest cryptocurrency, is prepping for a big rally soon, one that might push it past its ATH recorded back in 2017. While early-2020 was a false start, many still expect Bitcoin to surge as the halving approaches in May. According to Banerjee’s plotting, this would suggest that new hires in the crypto and blockchain business will surge. If that happens, one can expect new records to be made, records perhaps bettering those of 2017-18. 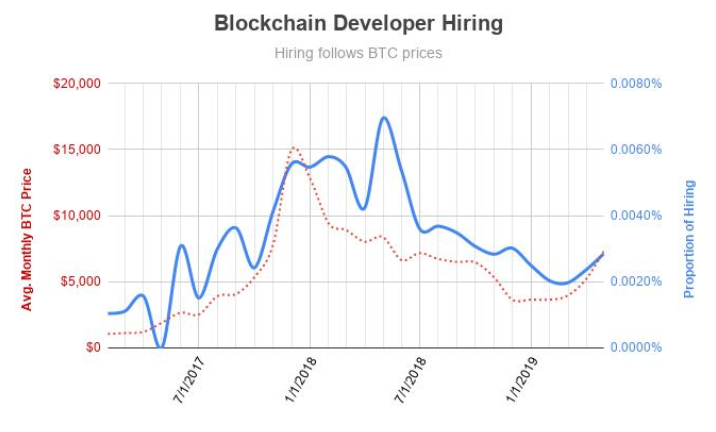 Breaking: Bitcoin falls by 24% in an hour to drop below 6k