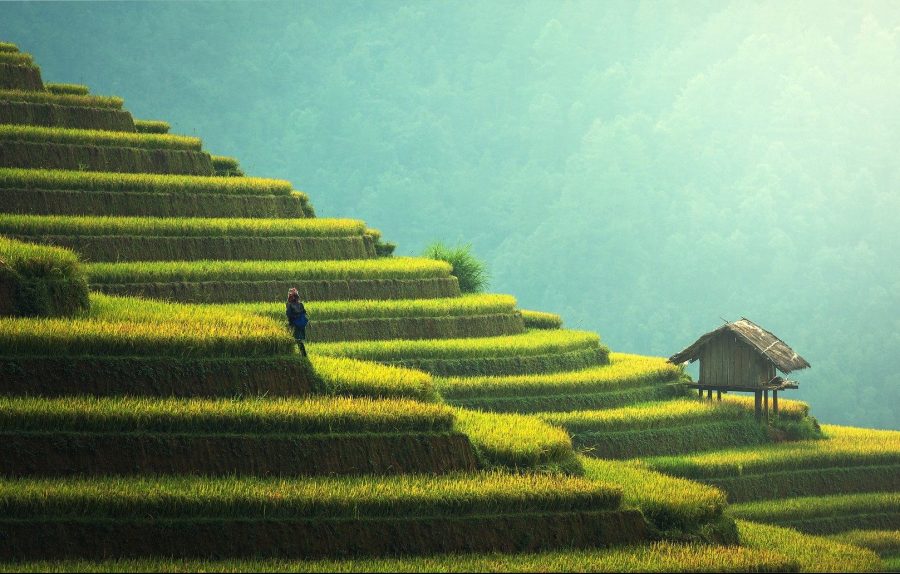 Asia has been setting the pace in transforming the blockchain and crypto-ecosystem. This has been the case for a while now as over the years, not many countries around the world have truly warmed up to these technologies.

This is interesting since the United States has often been at the forefront of technological advancements. However, this isn’t the case in the crypto-industry. The United States has shied away, even on the question of mass adoption. China, on the other hand, has been a dominant force, leading on numerous fronts.

Something similar was echoed by Alex Pack, Founding Partner at Dragonfly Capital Partners, who appeared on the latest edition of the Off The Chain podcast. He said,

The research firm Hurun’s report, released last year, noted a growing trend in the number of unicorn crypto-companies or billion-dollar startups, most of whom were based in China. Out of a total of 494 unicorns, spread only in 24 countries and around 118 cities, China took the lead with 206 unicorns, followed by the U.S. at 203. The two countries together accounted for over 80% of the world’s unicorns.

Chinese crypto-mining hardware firm Bitmain, with a valuation of $12 billion, topped the list. Its rivals Canaan and Ebang, both China-based with valuations of $3 billion and $1.5 billion, respectively, were also on the list.

In terms of Bitcoin mining and the concentration of hash power; factors such as cheap electricity, among other things, paved the way for China, specifically, to emerge as a dominant force.

Across the Pacific, however, very few policymakers see the industry in a promising light. The latest State of Adoption report revealed an intense crackdown on non-compliant crypto-entities in 2019 in the US. Interestingly, there has also been a drastic increase in the amount of money seized and collected in the form of settlements by U.S authorities. 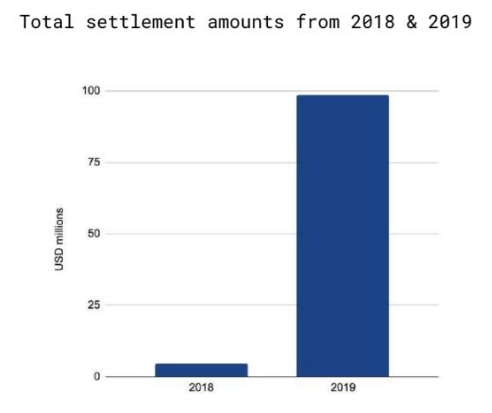 Source: The State of Adoption Report

According to Pack, the U.S Dollar is one of the greatest technological and institutional inventions of all time, while crypto is not. He also went on to say that an American does not have many use cases for crypto, apart from speculation; whereas, this isn’t the case in Asia. He added,

“Whereas when I went to Asia, as a fintech investor, there were real uses of crypto. They desperately need it. The financial system is significantly lacking as compared to the western financial system. There is a large group of underbanked or unbanked in Asia.”

The World Bank estimates that over 1 billion people in Asia are unbanked with no access to any formal financial services. An interesting argument here is that there exists a large group of unbanked and underbanked populations in Asia with the ubiquity of smartphones, having decent internet connectivity that provides many ways of financial inclusion.

The crypto-industry is often touted as the panacea for this category of the populace, providing financial inclusion by eliminating the barriers associated with legacy banking institutions. However, to create the desired impact on the socio-economic growth of the region, adoption is crucial.

Ethereum’s Buterin: Digitization is inevitable, with or without blockchain