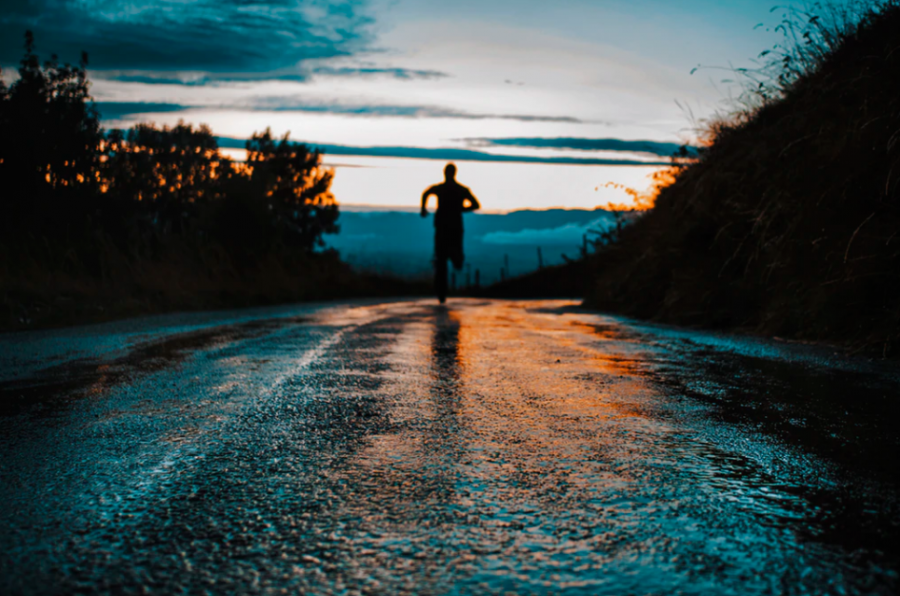 Bitcoin underwent a downward correction earlier this year after breaching the crucial $10,000-mark in a surge that ended the six-month-long bearish fever that had struck the coin. The king coin rose to $10,244 after a minor surge of 0.70% over the last 24 hours. At press time, Bitcoin held a market cap of $186 billion and a 24-hour trading volume of $41 billion.

The seven-day average for the number of transfers to cryptocurrency exchange addresses was found to have declined sharply. According to the analytics firm Glassnode, on 1 January, this figure slid to its lowest point in three years and was recorded to be below 24,000. This suggested a strong hodling sentiment, one where investors and traders held their positions as the price consolidated. 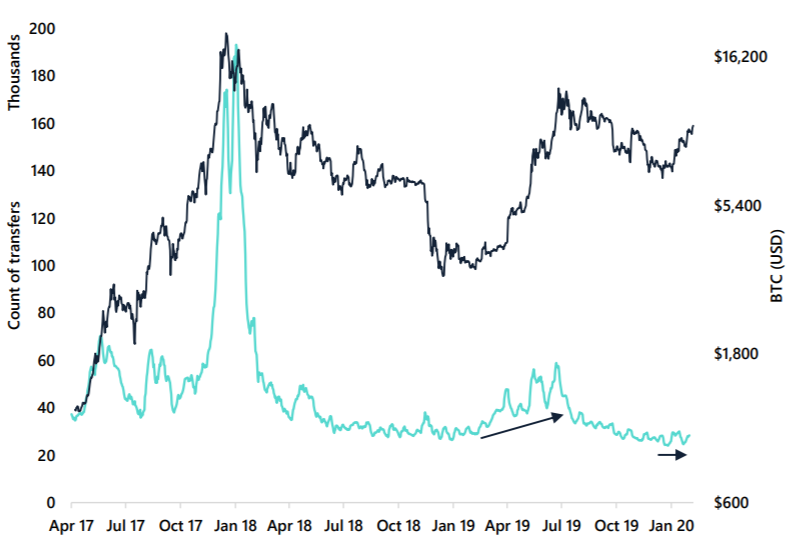 The latest edition of Arcane Research noted that ‘a price top for Bitcoin’ is yet to happen since there is no significant spike in the count of transfers to exchange addresses.

Taking this into consideration, it can be observed that previous cases of bull runs and exchange deposits figures have also seen a considerable hike. The infamous bull run of 2017 contributed to a number of exchange deposits skyrocketing above 180,000. At the same time, Bitcoin was trading above $16,200.

The figures also saw a subtle increase after the prolong bearish phase of 2018-19. In July 2019, when Bitcoin’s price came close to $13,000, the count of transfers to exchanges rose to nearly 60,000. Following the decline in price thereafter, the number of exchange deposits also dropped.

However, Bitcoin’s price has recovered and is back above $10,000. Despite the price appreciation, however, the number of the count of exchange transfers remains unfazed. According to Arcane Research, this could potentially suggest that people are not ready to sell their Bitcoins just yet and are expecting the coin to climb and join another rally. The report also said,

“These on-chain metrics have their weaknesses. As exchanges have acquired more bitcoin over the last years, this could impact metrics like exchange deposits. Moreover, this metric only measure the count of transfer and not the total amount of Bitcoin. This means that the value transferred to exchanges could be different.”

A breakout of ‘Hodling’ sentiment in the offing?

A similar pattern was noted during the 2017 bull run when UTXO profits almost touched an astonishing 64 million. In 2019, however, UTXOs in losses dominated the news. This was due to fewer transactions that were happening during the bearish phase. This was also the phase when hodling sentiment was strong among bagholders.

Alas, that isn’t the case right now. Bitcoin’s price seems to be consolidating and there could be a shift in this hodling sentiment soon.