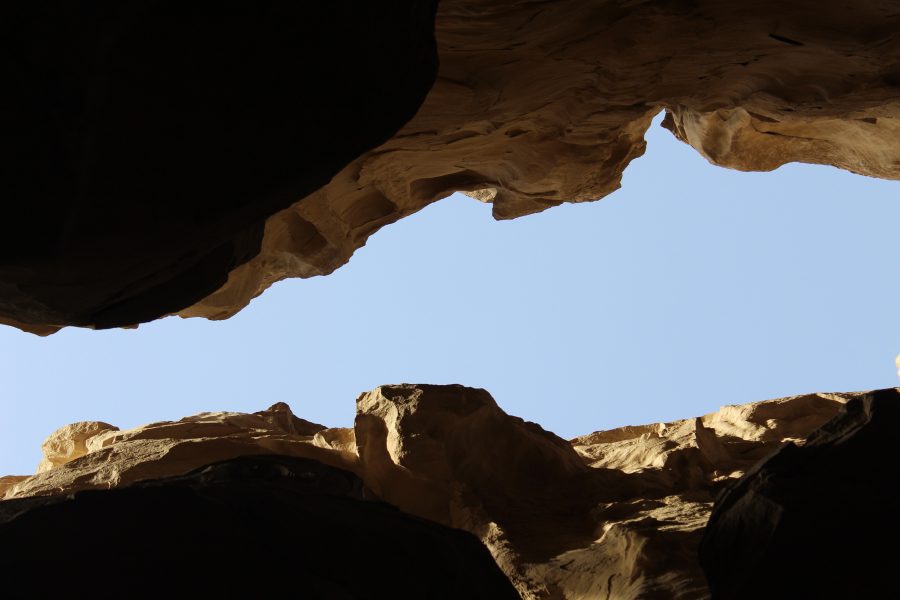 Bitcoin’s funding rate plays a crucial role in maintaining the price of perpetual contracts. However, the funding rate also varies for each exchange depending on where the contract derives its price from. On 11-12 February, the funding rate on Binance and Bitfinex moved in opposite directions, unfolding an interesting turn of events.

Perpetual contracts derive their price from the underlying index. BitMEX’s perpetual contract, for example, derives its price from Coinbase and Bitstamp. Further, this is used to maintain the peg to the underlying spot prices. If the funding rate is positive, then longs pay shorts and vice versa. Another interpretation of this is that it is expensive to long when the funding rate is positive.

Between 16:00 UTC, 11 February and 00:00 UTC, 12 February, there was a change in funding rate on both Bitfinex and Binance, causing an appropriate surge in Bitcoin’s spot prices. 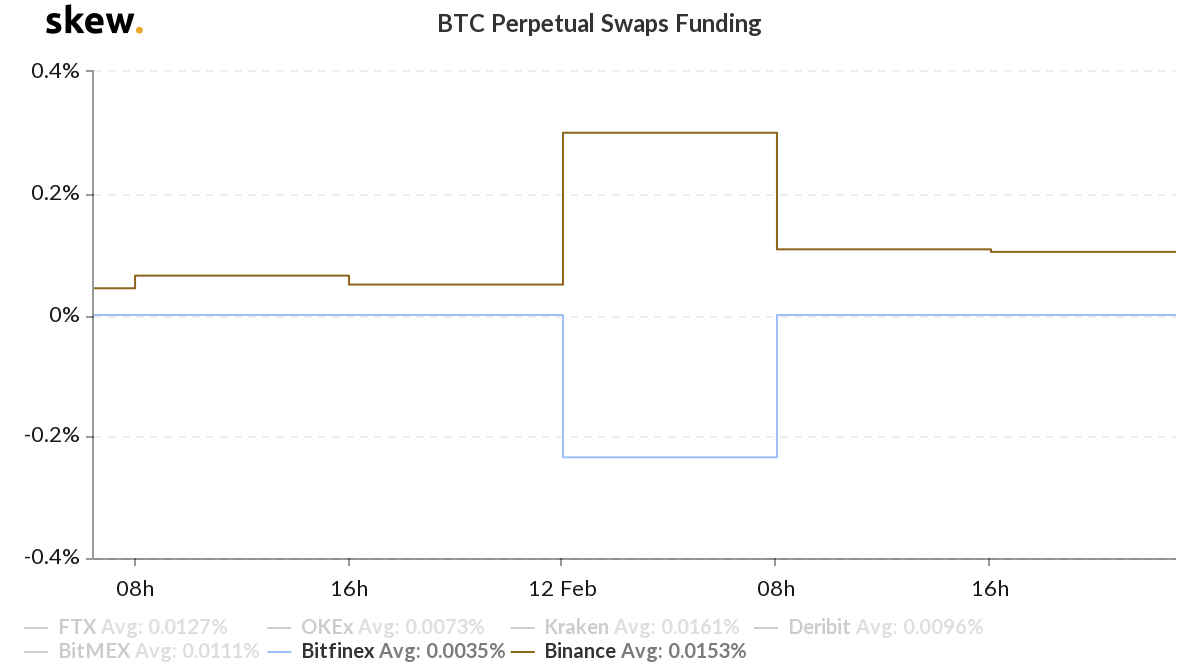 However, the surge in BTC spot prices on Binance was early, when compared to Bitfinex’s. On Binance, the 5.36% surge started at 15:05 UTC and ended at 16:00 UTC. On Bitfinex, however, the price surged 35 mins after the surge ended on Binance.

Bitcoin Futures price, however, was a different scenario altogether. The Binance BTC Futures registered a similar surge of 5.36%. However, on Bitfinex, the BTC Futures presented a huge gap of 4.54% that lasted for over 20 mins. 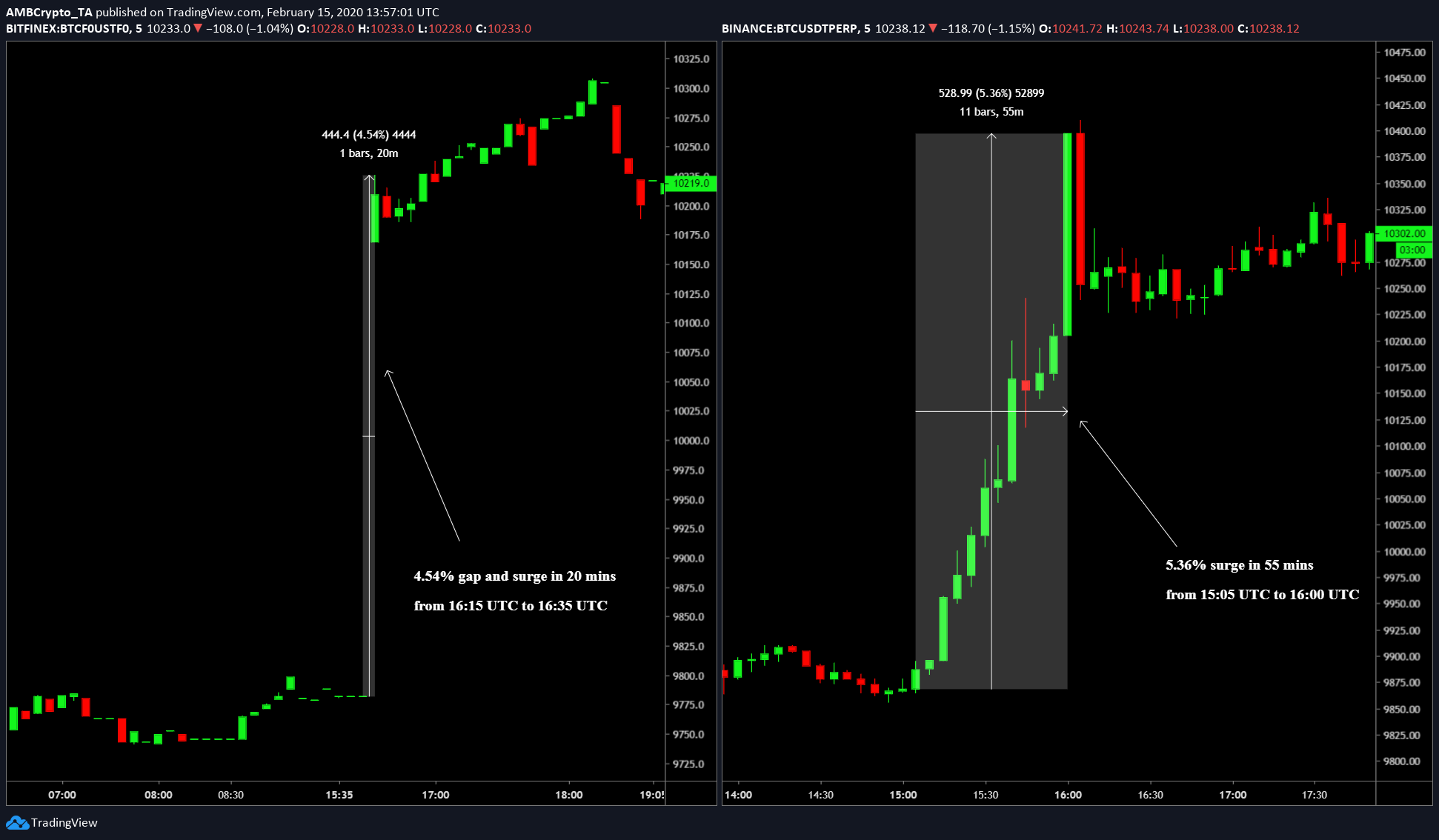 For both the spot and the futures, Binance led the charge and Bitfinex followed its lead. The takeaway from this is that due to the negative funding rate on Bitfinex, traders on the exchange profited more as compared to Binance traders. This could also mean that vigilant traders had time to better prepare and equip for the surge.

As for the gap formed in Bitfinex’s Futures platform, it cannot be explained. AMBCrypto contacted Bitfinex for a comment and the story will be updated accordingly.