Not too long ago, Block.One’s Daniel Larimer had hinted at the arrival of a new proposal in order to tackle the problems associated with resources which have troubled the mainnet for weeks. His tweet read,

My upcoming blog post will outline a new approach to cpu on #eosio that will bring price stability and should dramatically lower cpu costs while making allocation predictable. It’s simple and easy to understand. It should provide a sustainable way forward for the community.

With the advent of transactions that have soared in the recent past, CPU pricing has skyrocketed. The supply of EOS within the REX pool has been exhausted as well. Stakeholders are rapidly withdrawing their EOS coins from REX, a development which has further aggravated this matter.

If this proposal is successfully implemented,

The total virtual supply needs to surge in order for the proposal to go through. CPU time fluctuation would thus, be more predictable. The conclusion stated that,

“The proposed CPU rental market will stabilize CPU prices, reduce rental CPU costs, and increase predictability of CPU access. The proceeds from CPU and NET rentals can still be distributed to those staked in REX. However, the biggest change would be the gradual loss of the ability “own CPU” forever via staking EOS for a share of CPU.”

This is meant to be a cost-effective solution for all those who use EOSIO. 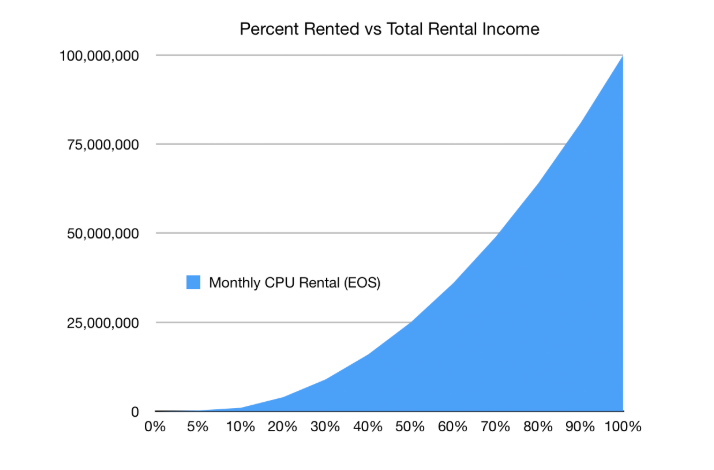 In other news, the Venture Capital arm of Block.One has announced its decision to invest in Biscuit, the developers in-charge of EOS Knights. This was the maiden game to run on the EOS chain. Mike Alexander of EOS VC decided to move forward with this investment in order to promote the blockchain gaming industry. Jay Lee, Founder of Biscuit, welcomed the news and stated,

“This new investment from Block.one’s venture arm EOS VC […] underscores our belief that gaming dApps like EOS Knights are catalysts for the mainstream adoption of blockchain technology.”

Postive opinion about the EOS network isn’t universal, however. Yesterday, EarnBet had blamed the EOS mainnet’s “sad state” and the astronomically high fees linked to every single transaction. In fact, EarnBet claimed that if the governance model isn’t altered, it will depart from the ecosystem.

Ethereum’s criticism is a little uncalled for: Atlantic Financial CEO

Bitcoin notes an increase in correlation with mid-cap, small-cap assets