For those expecting Bitcoin to surge to new heights both before and after the halving in May, Bitcoin’s drastic fall on 12 March came as a rude surprise. In fact, so staggering was the king coin’s fall over the course of 12-13 March, that it managed to wipe out its entire gains for the year 2020, with BTC even managing to fall to as low as $3.8k on certain exchanges.

The extreme selling pressure forced half a billion worth liquidations in the BTC market and caused BTC to mark a daily low at $3,850. Even though the coin bounced back from this low, the price has not yet provided relief to its investors. At press time, the value of Bitcoin was $5,618.28 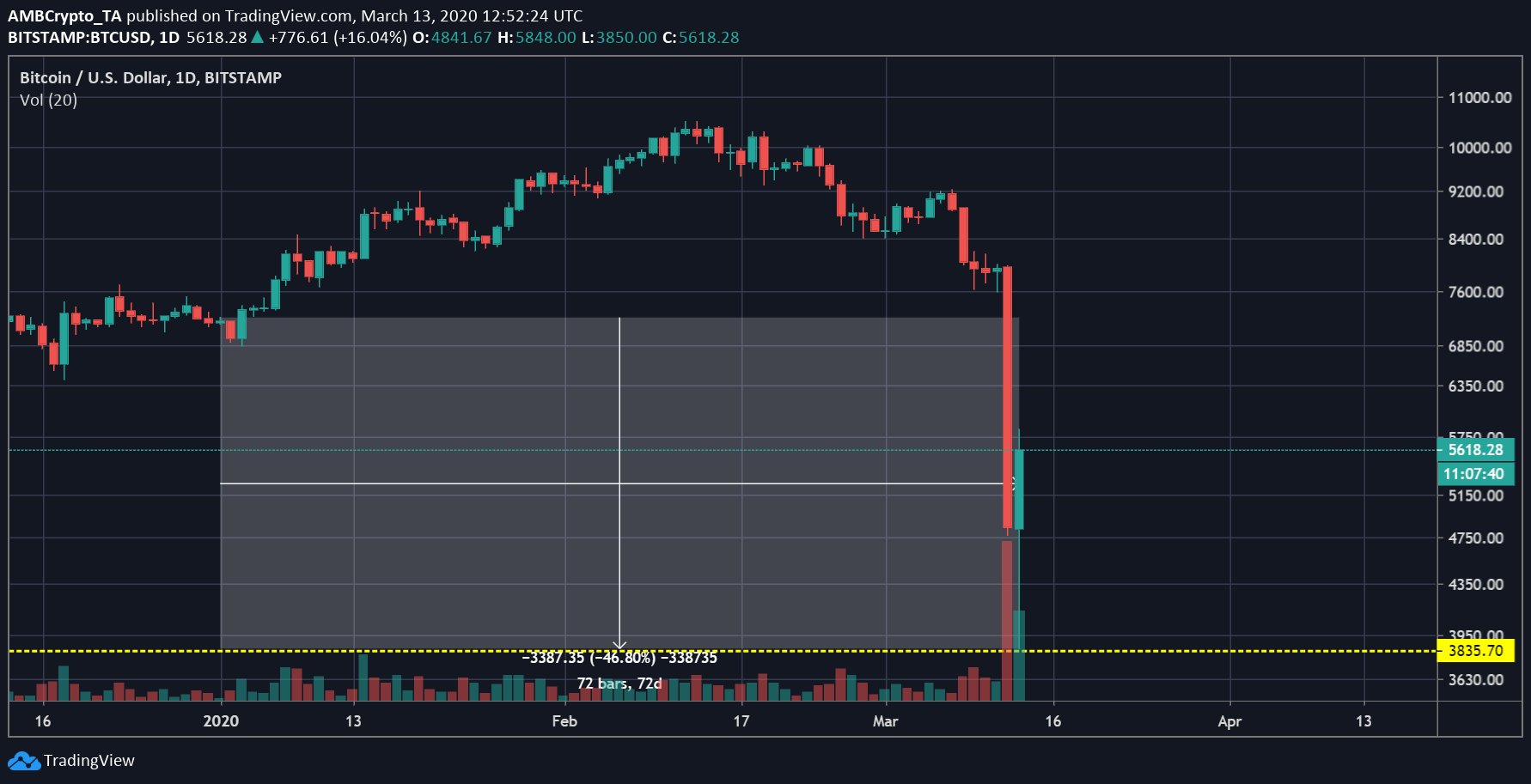 Despite a falling market, the active addresses on Bitcoin have risen to a 2020-high. According to data provider Coin Metrics, the number of addresses on Bitcoin’s blockchain has reached 909,601. Further, the transaction volume too noted a sharp spike on 12 March, noting a value of 2.35 million BTC. 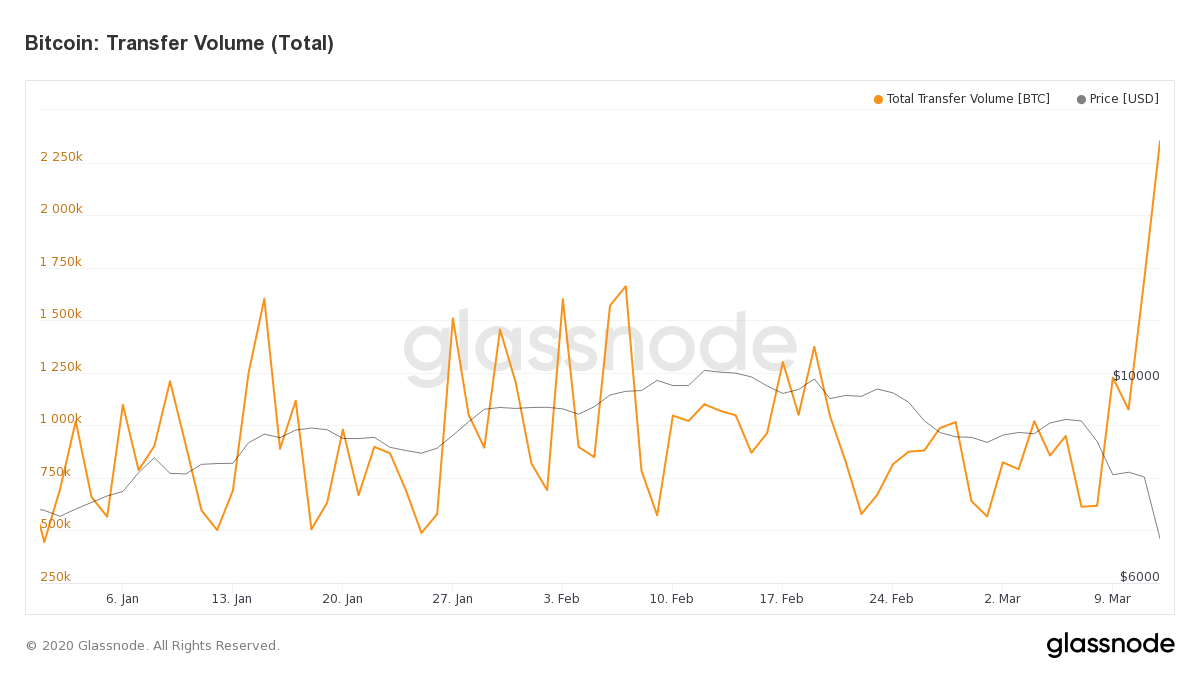 Further, the transaction count that had taken a hit in January has indicated heightened activity and has been showing strong numbers. On 12 March, the transaction count stood at 346,057. Additionally, the two metrics that determine the health of the network, hash rate and difficulty, also noted an impact of the bear’s attack.

On 11 March, as the price of Bitcoin started to crumble, the hash rate dipped to 97.91 TH/s. However, it was quick to recover on 12 March. The recorded value of the hash rate was 124.25 TH/s. Along with the hash rate, the mining difficulty also rose to an all-time high.

According to data provider Coin Metrics, the mining difficulty of BTC had reached 16.55 T.