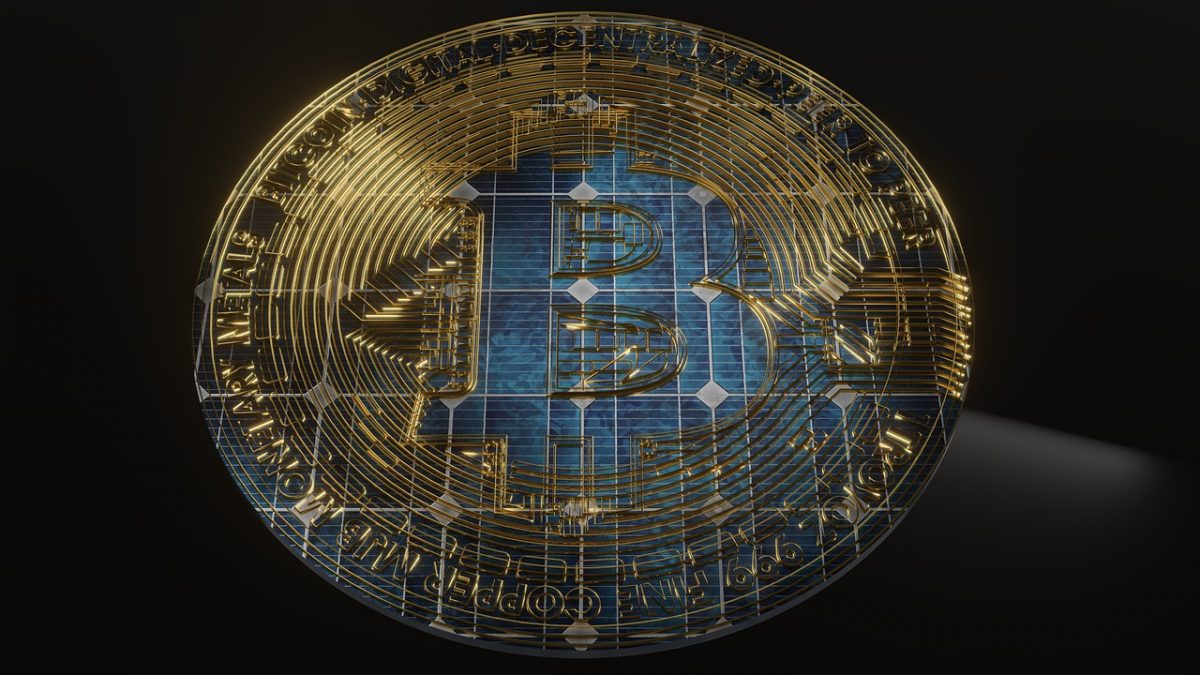 The much-anticipated Bitcoin halving event took place on 11 May, following which, the BTC hash rate noted a minor dip. However, contrary to popular belief, there were no repercussions on the value of the world’s largest cryptocurrency, with Bitcoin being traded at $9.021.82, at press time. However, despite the upward trending on-chain metrics, the network did note some shifting sentiments.

Glassnode’s GNI index, an index that was built with fundamental on-chain metrics to describe the overall state of the BTC blockchain, noted a 2 point decrease over the week. This double point dip resulted in the overall assessment of the Bitcoin ecosystem falling to 74 points and was mainly driven by the Sentiment sub-index that itself fell by 13 points. 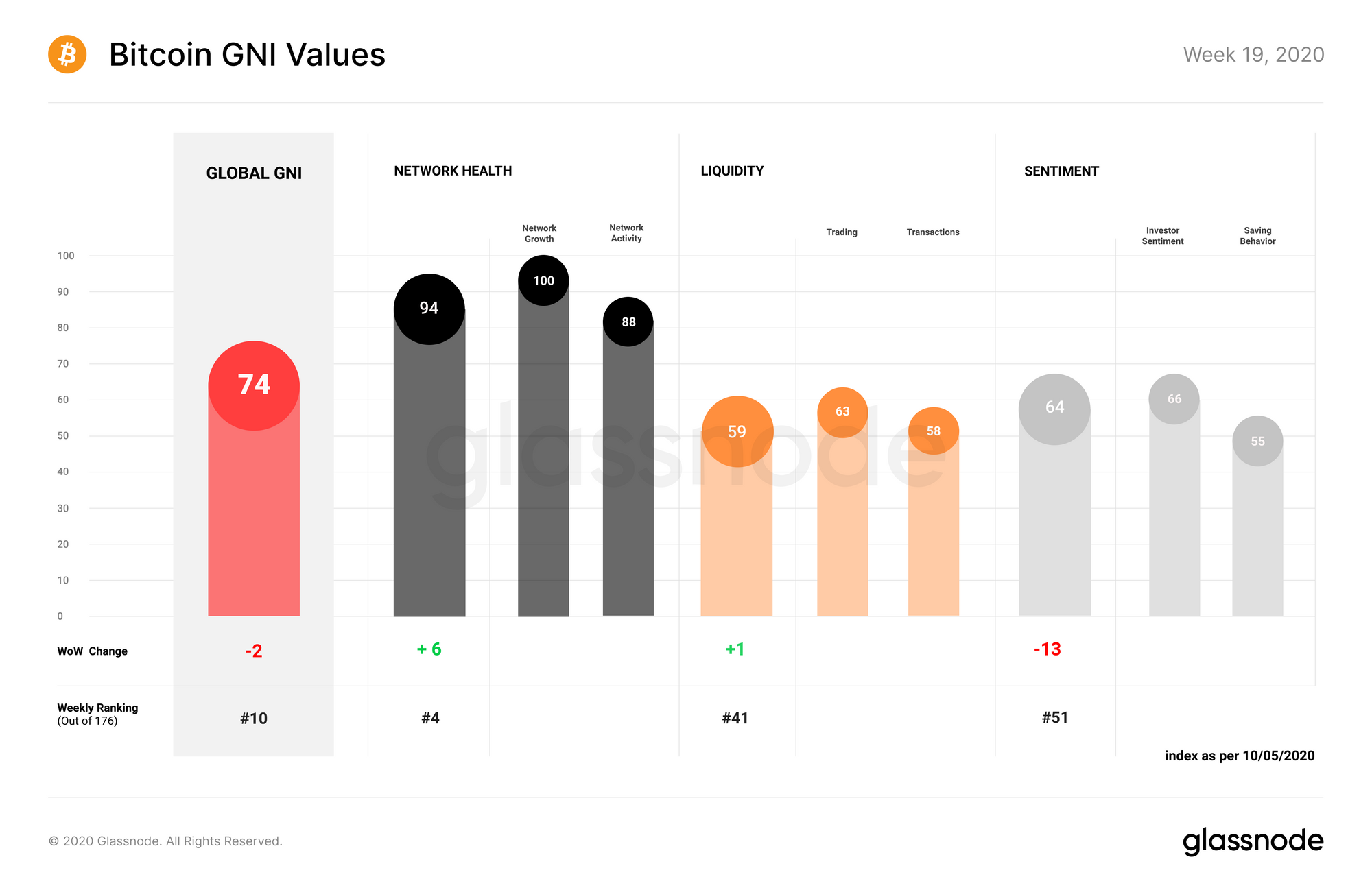 As the market was racing towards the BTC halving, the sentiment began to drop sharply, with on-chain metrics known to be a better indicator of reflecting investors’ sentiment before the market does. The sentiment that comprised of investment and saving sentiment, both noted a dip over the past week. This could mean that long-term holders may have been selling their old coins.

On the contrary, other subindexes like Liquidity and Network health were reporting gains. Network growth reached the highest possible value for the first time since 2017, whereas Liquidity noted a 9-point improvement and stood at 59.

The on-chain metrics were all pointing to a bullish market with an increase in addresses holding 0.01 BTC, 0.1 BTC, and over a 1,000 BTC, with traders appearing to be positive. However, this bullishness in on-chain metrics has not yet translated into monetary gains for hodlers. This was highlighted by Glassnode’s Compass, a metric that charted the bullishness and bearishness of BTC based on its on-chain fundamentals. 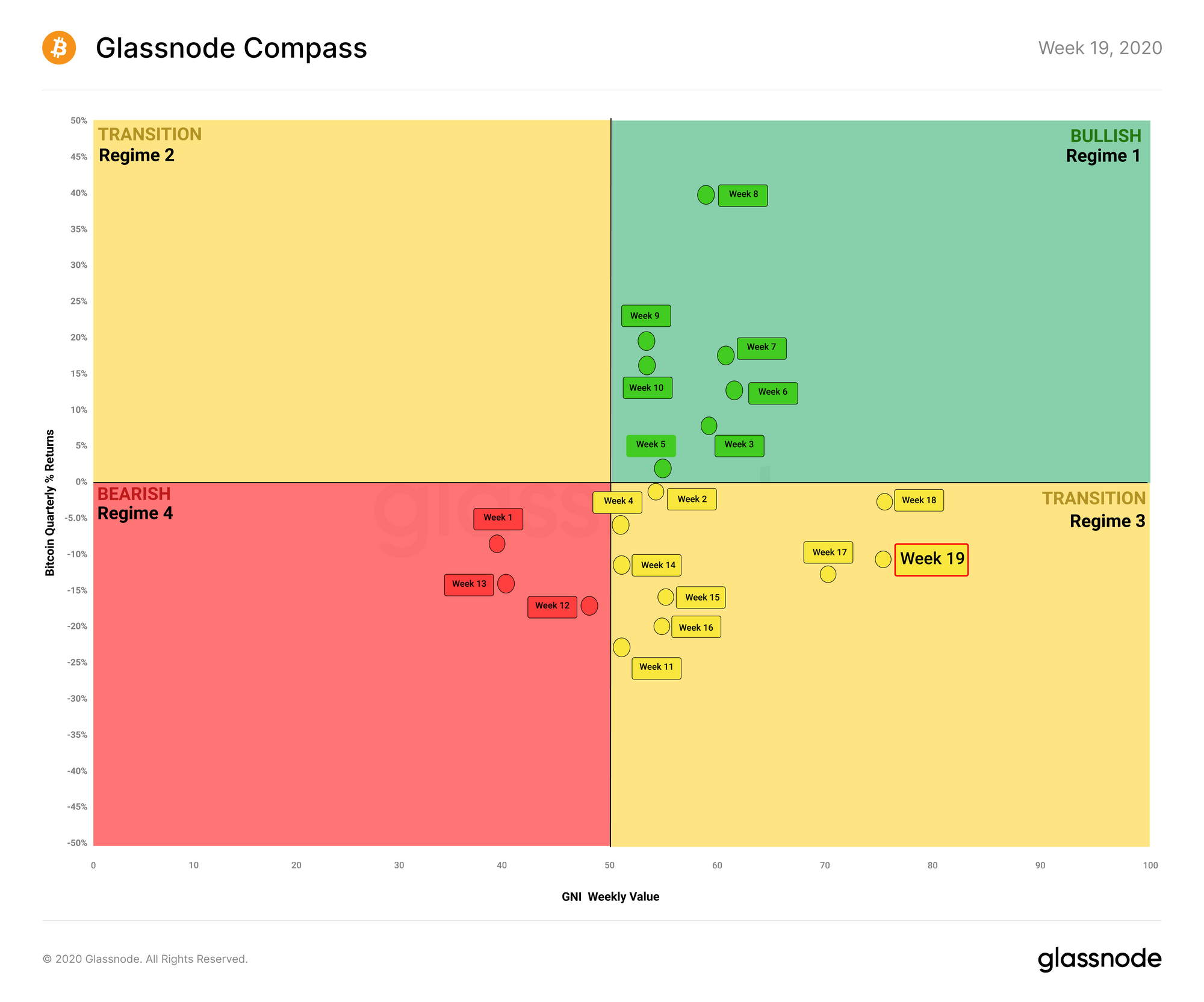 Even though BTC has not stepped into bearish Regime 4, a phase characterized by falling BTC prices and weakening on-chain values, the coin remained in Regime 3. Regime 3 suggested that the BTC price was diverging along, with its on-chain fundamentals. This could have taken place due to the hiccups faced by Bitcoin’s price in the weeks preceding the halving, hiccups that prevented it from breaking into a bullish Regime in quadrant 1.

Notwithstanding the fact that Bitcoin’s price is yet to see a trend change, the network appeared to be stable with its on-chain fundamentals holding strong.

Related Topics:Bitcoin hash rateGlassnode
Up Next