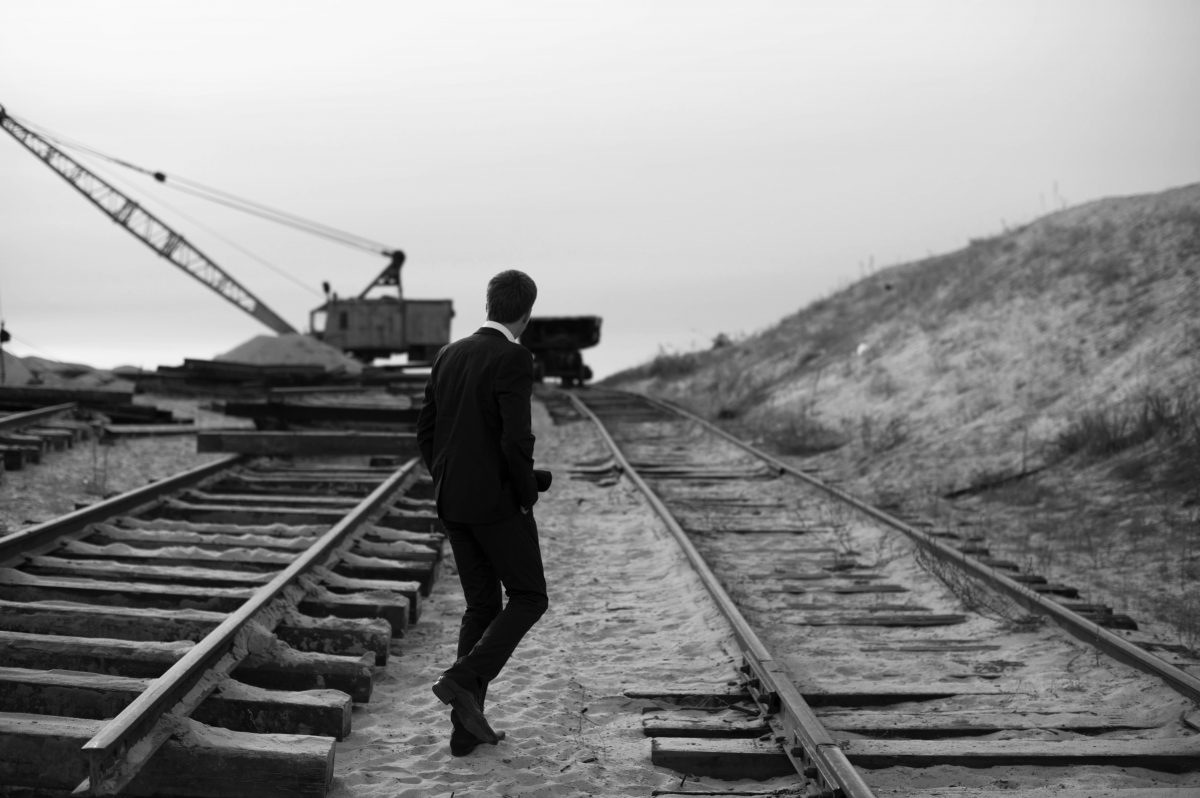 No matter which way you looked at it, 2020 was expected to be massive for Bitcoin. Resurfacing from the winter of 2018, playing to both the retail and the institutional, while building a strong derivatives base, the single most important event for Bitcoin’s life-cycle could not have come at a more price appropriate time.

The 2020 block halving was projected as a make-or-break time for the Bitcoin market, and the entire cryptocurrency ecosystem by extension. With the market spillovers of the pandemic turning the world upside down, Bitcoin is facing negative externalities. The debate around the ‘priced-in’ nature of the halving has been set aside to make way for the question of profitability.

With Bitcoin down by over 13 percent YTD and over 40 percent from its 2020 high, with the falling block rewards, how will miners cope with the shortfall?

In May 2020, the rewards for miners generating one block will drop from 12.5 Bitcoin per block to 6.25 Bitcoin per block. General market trends suggest that in order to maintain profitability, the forces of supply and demand will have to come together to sustain the incentives of miners by increasing the dollar value of the rewards, thereby increasing the price of Bitcoin.

But, as uncertainty piles on each day and Bitcoin begins to feel the pressure of the global sell-off, general market trends may not converge, and if so, miners many not be able to secure their future positions. The options for miners now are few. How will they secure their future finances, considering the price is peeling away? Are they going to liquidate immediately expecting a collapse, wait-and-see, or use a financial instrument to hedge their position?

With timing, price, derivatives, and now a virus to consider before making a decision to hold or sell, the stakes cannot be higher. “The miners that wait until just before the halving to de-risk are the ones that are going to struggle,” said Thomas Heller, Global Business Director at F2Pool, when he spoke to AMBCrypto about the question of miners’ risk-returns conundrum on 11 March.

However, to think of hedging in light of the halving as a single-focused approach, solely based on the price of Bitcoin, is insufficient. According to Heller, there are three risks and variables that miners hedge against – the price, the hashrate, and the electricity cost.

The first and most obvious hedge for miners is against price fluctuations, which, Heller admits, only a few miners protect themselves against.

“I would definitely say, some sophisticated miners are buying Futures or options to hedge their risks against the Bitcoin price.”

As far as general norms go, in the rest of the mining market, which Heller classified as “the standard,” does not have much hedging. Further, this isn’t a question of geography specialization either; the miners based in China, the most mining-dense country, are lacking in hedging strategies just as much as non-Chinese miners.

“There is not much sophistication in hedging, managing risk,” said Heller. Further, the markets that allow miners to ‘hedge’ and ‘manage’ their risks are not very “user friendly.” This is pushing several miners to veer towards two options – either liquidate on the spot, or hodl.

Heller stated that the miners that do not liquidate their positions immediately, but rather wait, do so for an opportune time, based on their estimations. Liquidation, rather than using the financial tools of the derivatives contract, using time and price to hedge positions, is being ignored for the immediate nature of spot trades. Heller added,

“Not so many are, doing what you said, which is buying those futures [and] options contracts. I really feel, the ones that are liquidating are selling it [mined Bitcoin] on the market…in a very simple way.” 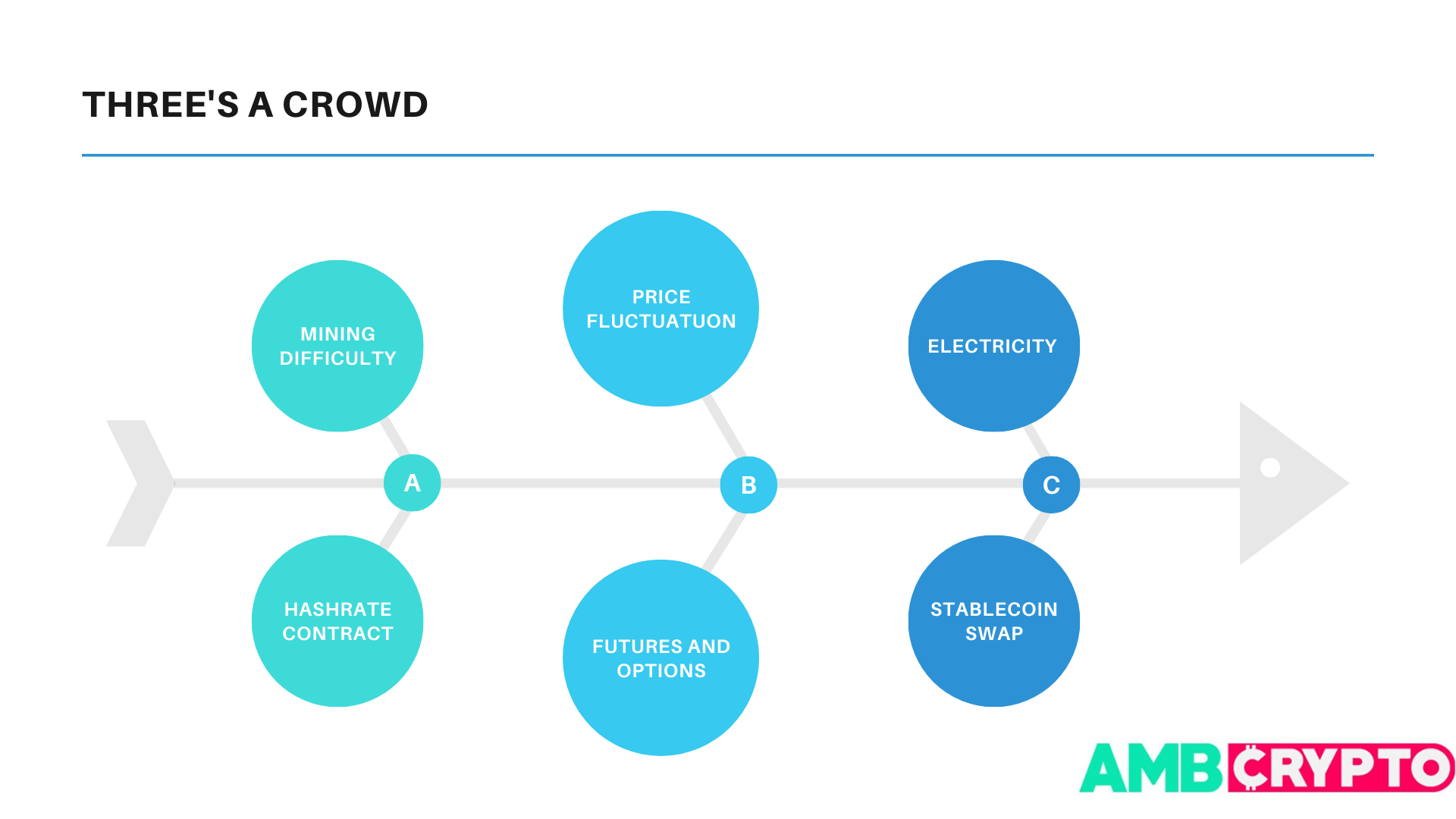 Most miners are making liquidations or holding decisions based on one event and one event only – the halving. As previously stated, with a drop in mining rewards, market forces need to come into play to balance the prices and incentivize mining.

However, that market-theory is so entrenched within the mining community that Heller suggests that some miners are holding with the mere expectation that the price is going to skyrocket post-May. He said,

“Some miners are misguided, and so they think that just because the halving will happen, the Bitcoin price will double. Which is obviously not an accurate assessment.”

This optimism runs deeper. Some mining companies even factor in the price of Bitcoin doubling or increasing substantially into their financial forecasts, in lieu of an expansion, acquisition, or major purchase. Heller described this as “shocking,” as with any Bitcoin market participant, “we have to prepare for the worst case.”

While this is not a general theme of the mining community, there is a strand of miners that thinks along these lines. These miners are mining more with hope, and less with actual assessments of the future price of Bitcoin.

The problem, therein, lies on two fronts. Firstly, the supply is lacking. Relevant and usable financial tools for miners to hedge their positions and make better liquidation decisions, with the difficulties of hashrate, electricity, and price fluctuations, need to be introduced. Secondly, there does exist an information gap with the miners in terms of the financial tools present in the market, to allow hedging.

In the conundrum of supply of a service, versus demand of it, from those that want it the most, Heller sided with the former.  “The miners themselves, they’ve not been thinking about it. So we can’t expect them to suddenly think about it,” he added.

With the price of Bitcoin subject to a range of factors, for those that it isn’t merely an investment, but a means of earnings, a range of financial tools catering specifically to the mining community will help significantly. As we inch close and closer to the third Bitcoin halving, the price continues to give no indication of the direction of volatility that will hit the markets in May.

However, one thing is certain, because of the lack of tools available, this halving will be one to remember. Heller concluded by saying,

“There will be companies that will really struggle with their business and maybe potentially [go] bankrupt because they haven’t planned out things in the right way [and] and taken up too much risk.”

Bitcoin sent to Deribit reported highest loss with an SOPR of 0.93

Telegram’s TON hits another roadblock as investors consider backing out