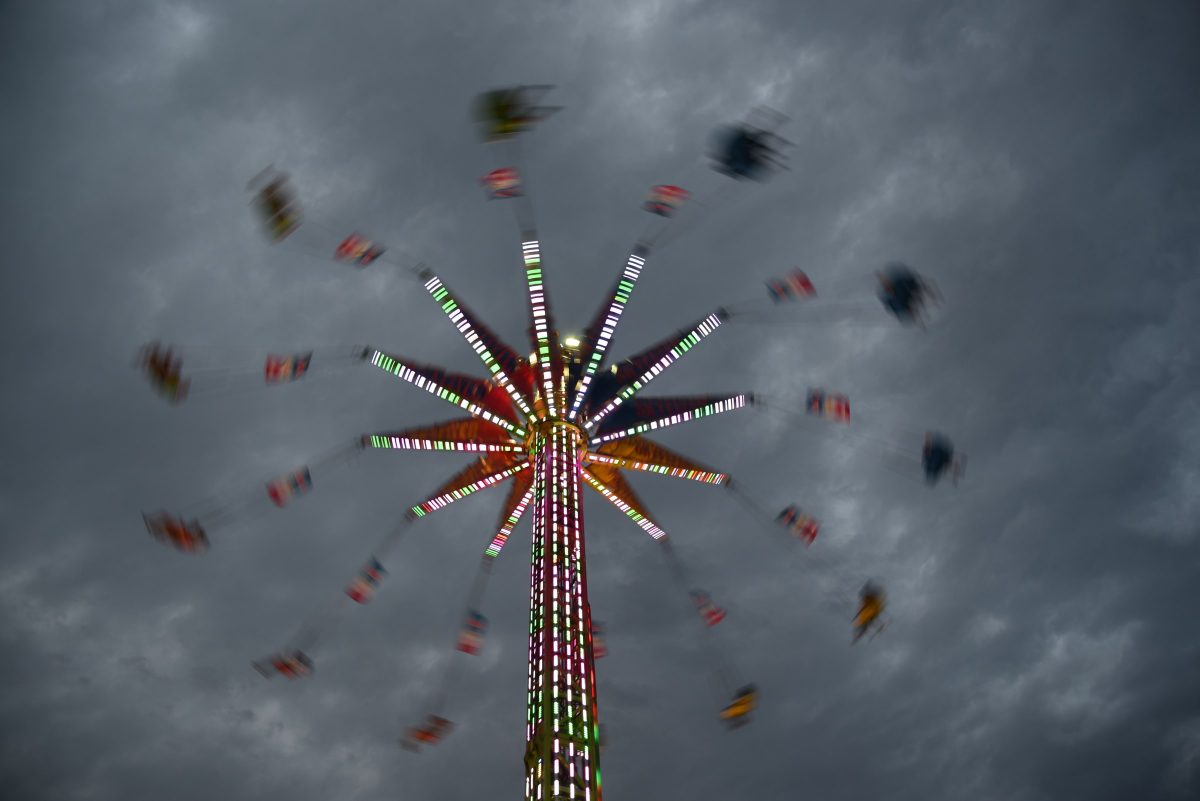 ‘As Bitcoin’s price dropped to the $17k level, trade volume continued to remain high on both spot and derivatives exchanges. 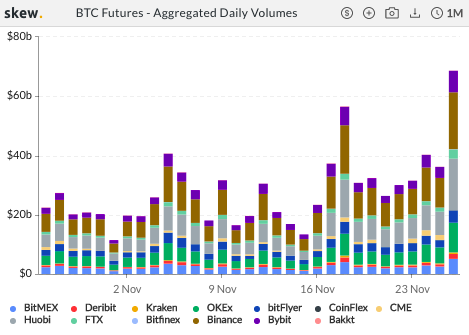 Since November 24, the trade volume in BTC Futures was higher than average. It crossed $60 Billion on November 26. Besides, trade volume on derivatives exchanges is higher than the monthly average, however, the price is below $17300. A similar trend is observed in Bitcoin’s Open Interest. 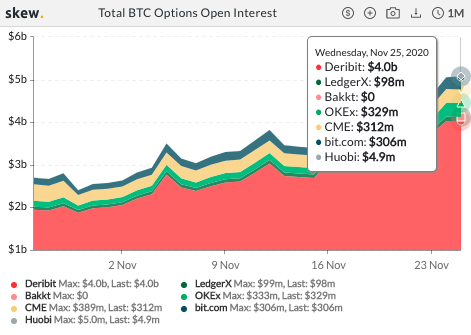 Bitcoin Open interest on exchanges has increased steadily since November 16. Both institutions and retail traders may have identified profit booking opportunities with Bitcoin’s current volatility. The rapid liquidation of Bitcoin longs indicates that if the price drop continues more longs will get liquidated. According to the Fear & Greed Chart and Bitcoin’s fair price, even at the current price level above $17k, Bitcoin may still be overbought. It may still be due for a correction. This may urge retail traders to go short Bitcoin, however some facts that need your attention:

In this 2020 price rally, Bitcoin has sustained above the $18000 level for nearly 5 days now, the market cap is higher than Bank of America and JPM combined. Though the fundamentals are much stronger than in 2017 and the price is a reflection of the on-chain and fundamentals, in the current scenario, many on-chain analysts are holding on to their price prediction, like Plan B’s Bitcoin at $288000.

Long liquidations will get us only so far down, some on-chain analysts are predicting a drop to $12000 level, like @TraderKoz 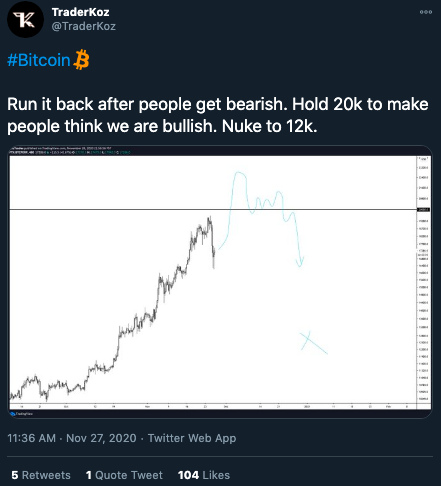 Based on the  Twitter thread debate on BTC to $12k, retail traders remembered seeing HODLers and Bitcoin Maximalists getting trapped from $20000, down to $6000 in the historic bull run of 2017. Panic selling may signal a sell-off as significant as 2017 one. But there is a significant difference, and sell-off volume equivalent to 2017 would come from miners and HODLers flooding exchanges with BTC from their wallets. However, the current increase in reserves is 1% in 3 days. At this pace, the current phase of the cycle may not see the sell-off unless a significantly higher number of HODLers cash in on their profits in the coming weeks.