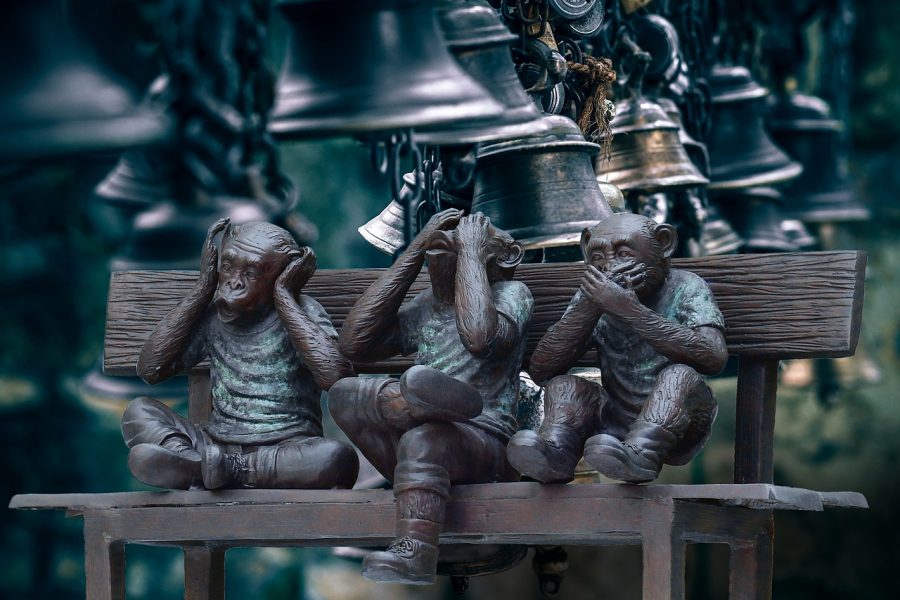 Bitcoin’s single-day crash, taking the price to its lowest point in over 10 months, has single-handedly broken down the most lucrative crypto-derivatives exchange, BitMEX. Known for its ability to massively leverage Bitcoin and other top cryptocurrencies, BitMEX took on more than it could handle after Bitcoin lost 50 percent of its value, going down to as low as $3800 per coin.

In the first hour of the plummet, in which Bitcoin’s value dropped by 17 percent, over half a billion dollars worth of positions were “REKT,” most of them, unsurprisingly, were long. According to data from skew markets, over the entire course of 12 March, BitMEX saw $863 million in sell or long positions getting liquidated. 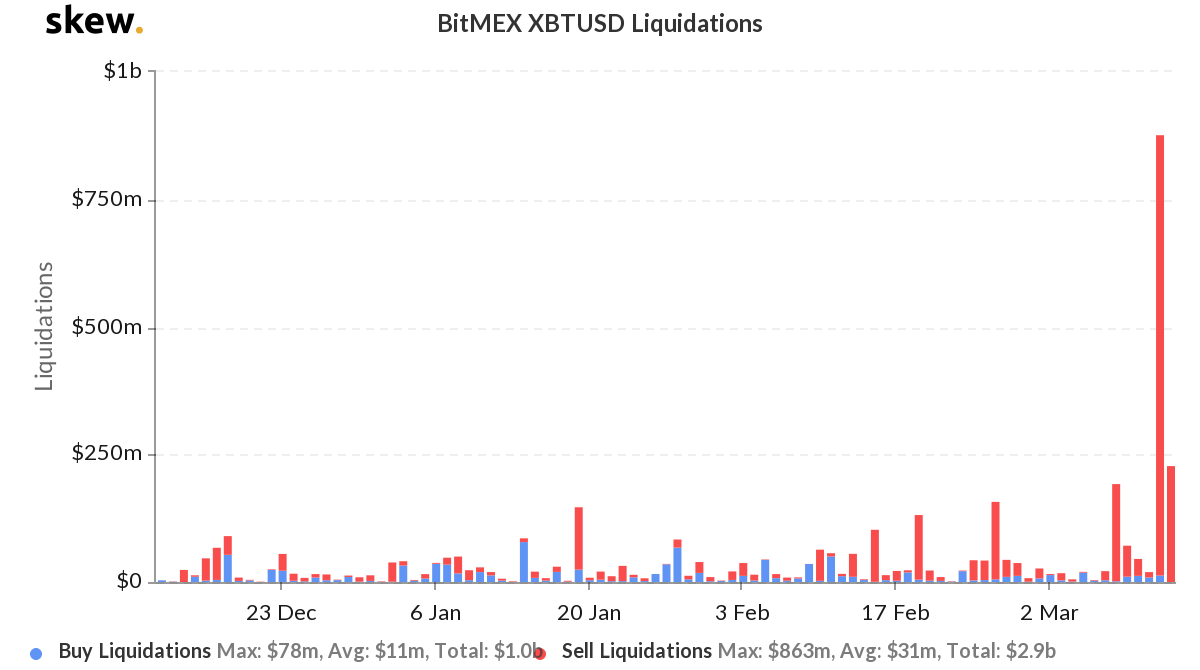 Data from the liquidations tracker datamish stated that 10,257.8 BTC in long positions were liquidated on 12 March. As traders scurried to change positions and close further longs, the price collapsed from $5,500 to as low as $3,800 on some exchanges, with a relatively smaller number of longs liquidated at 653.3 BTC during the early hours of 13 March. According to Skew markets, longs worth ~ $450 million had been liquidated in the early hours of 13 March. However, datamish put the figure around $300 million. 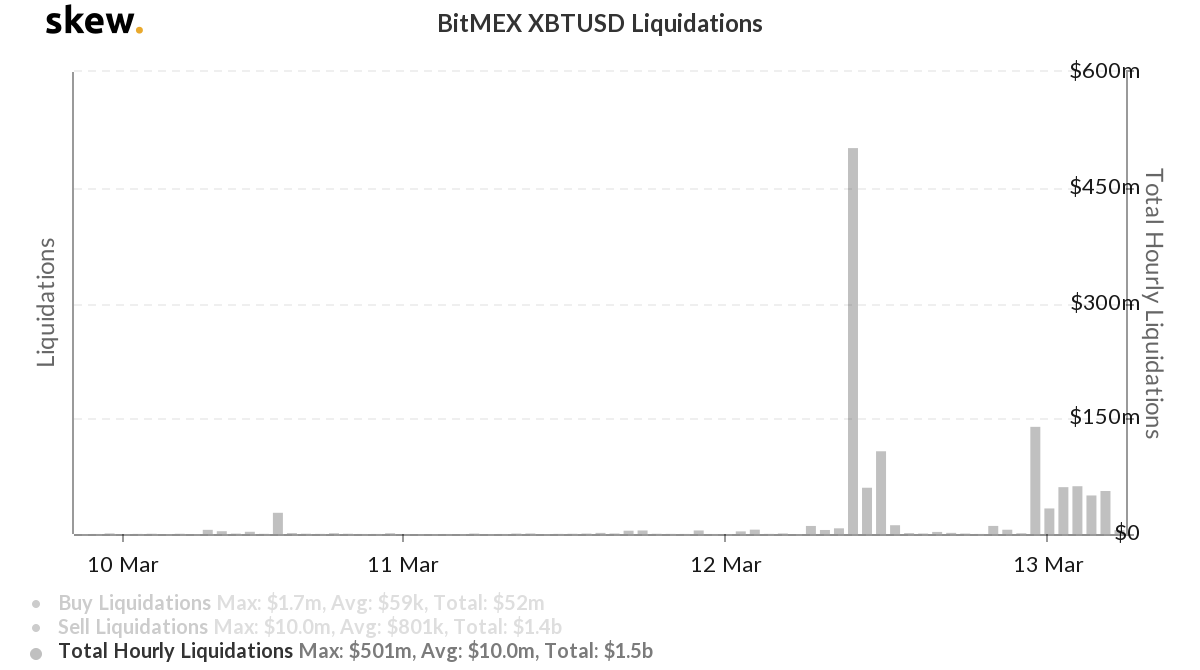 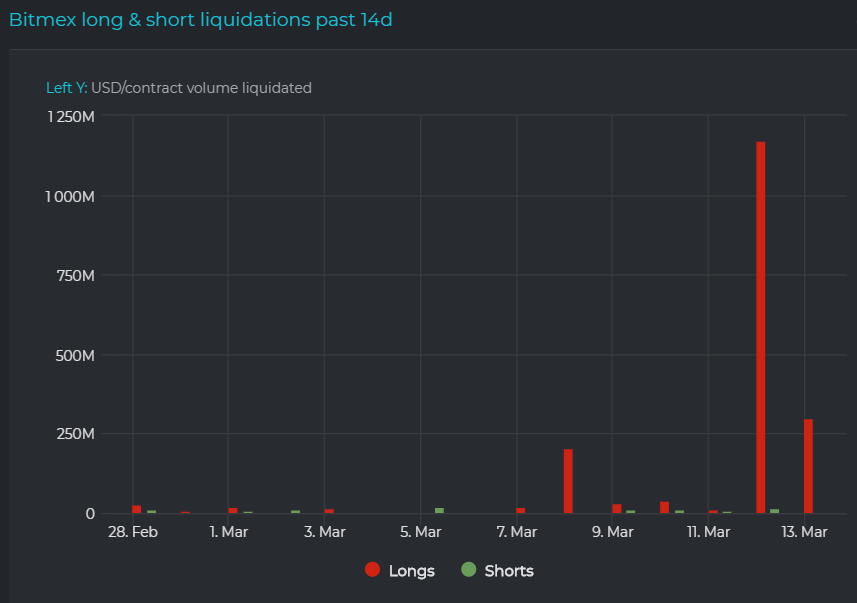 The immense trading volume and liquidations saw BitMEX’s insurance fund plummeting massively, to as low as 57.39 BTC, from just short of 400 BTC prior to the aforementioned freefall. Active traders suggested that trading on the exchange has since been halted.

Some traders couldn’t even log-on to the exchange, let alone change their positions.

BitMEX, however, was quick to release a statement claiming that the outage in question concerned a hardware issue with a cloud service provider.

The price action was by no means limited to Bitcoin. The ETHUSD perpetual swap contracts went to as low as $85, and then jumped back up to $160, all within a one-hour period. The price has since consolidated at $120.

While at press time, BitMEX was back live, some in the markets predicted that incidents like these would be the undoing of BitMEX and would displace the exchange from the perch of the most dominate Bitcoin Futures exchange by 2021.

BitMEX won't be the dominant bitcoin futures trading platform by 2021

Others like Sam Bankman-Fried questioned BitMEX being down for ‘maintenance,’ claiming that something went wrong with the exchange’s liquidation engines.

However, BitMEX soon responded to such an ‘insane’ theory, claiming,

“There is no conceivable reason why a platform like BitMEX – which has operated for over 5 years – would lower itself to the degree you proposed to avoid a situation for which it is already prepared.”

AMBCrypto has reached out to BitMEX for a comment on the matter.