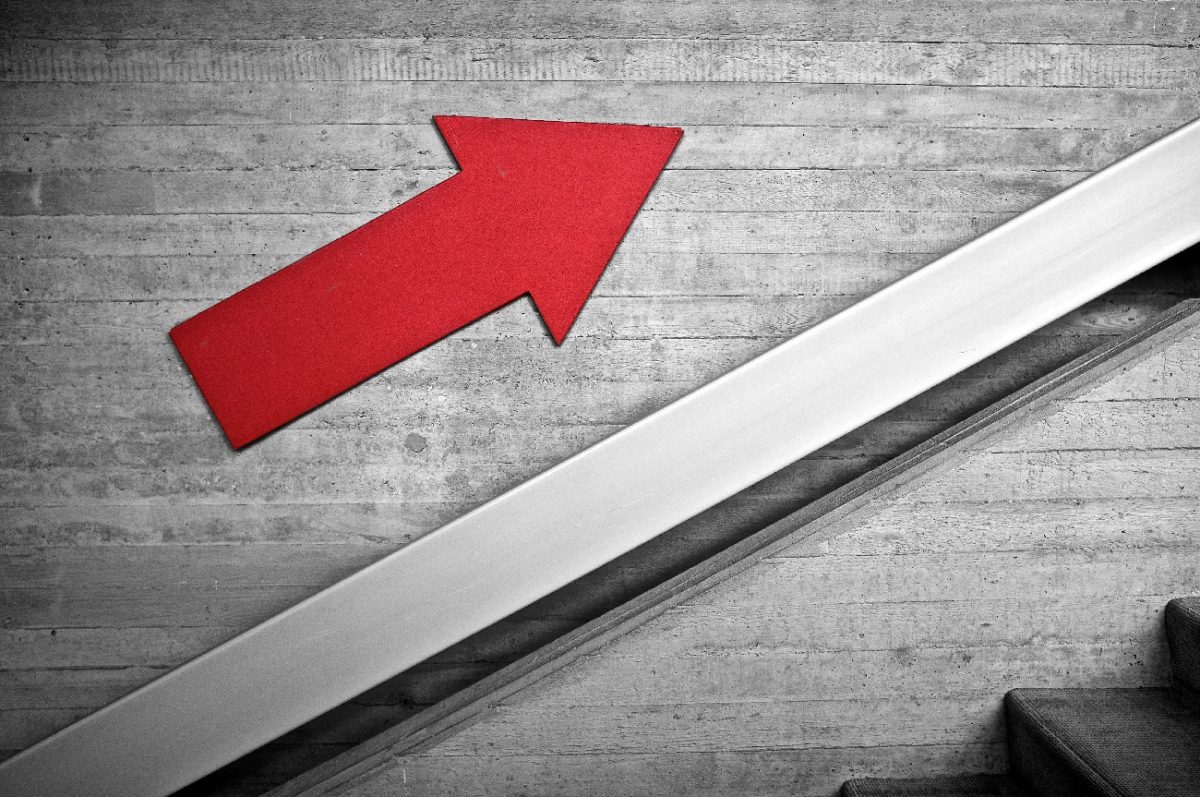 Since 2020, Bitcoin has rapidly been gaining mainstream adoption, especially from institutional investors. The collapse of oil markets into the negative territory, the unprecedented printing of fiat currencies by central banks across the world have pushed investors to look for an increasingly better hedge. Bitcoin checks most of these boxes and is acting as a hedge against the current situation.

Bitcoin Vs. the Stock markets

While the correlation of Bitcoin to stock markets increased during the black swan event it has diminished since then. Further, Bitcoin is performing better than its traditional counterparts. As of June 05, BTC’s RoI stands tall at 36% while that of stocks is still in the negative zone. Gold still stands as a hedge, however, a better solution is Bitcoin due to its digital nature. 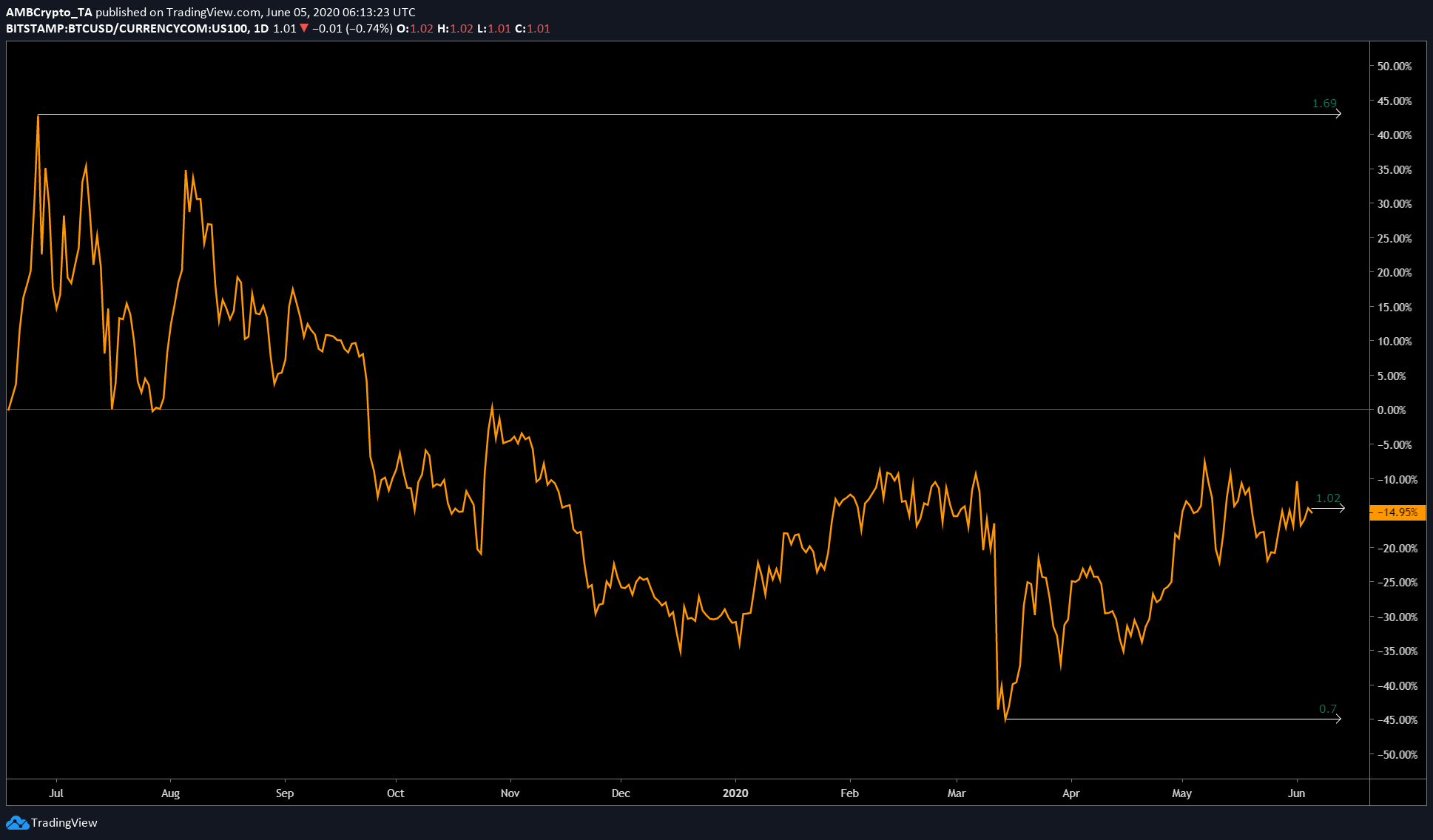 The above chart depicts the performance of BTC relative to the Nasdaq 100 composite. During 2017, the value was around 1.69, showing that BTC performance was far better than the 100 companies that Nasdaq 100 index tracks. This ratio fell down to 0.7 during the March crash, however, it has risen above 1, indicating that BTC has not only broken even but is also performing better than the stock market.

Another confirmation is the ratio between BTC and S&P 500 which gives a much broader picture. The attached chart [below] portrayed the same story such as the one above; ie., BTC is performing largely better than the stock market. A ratio higher than 1 indicates BTC dominating the stock markets, however, anything below 1 indicates the opposite. 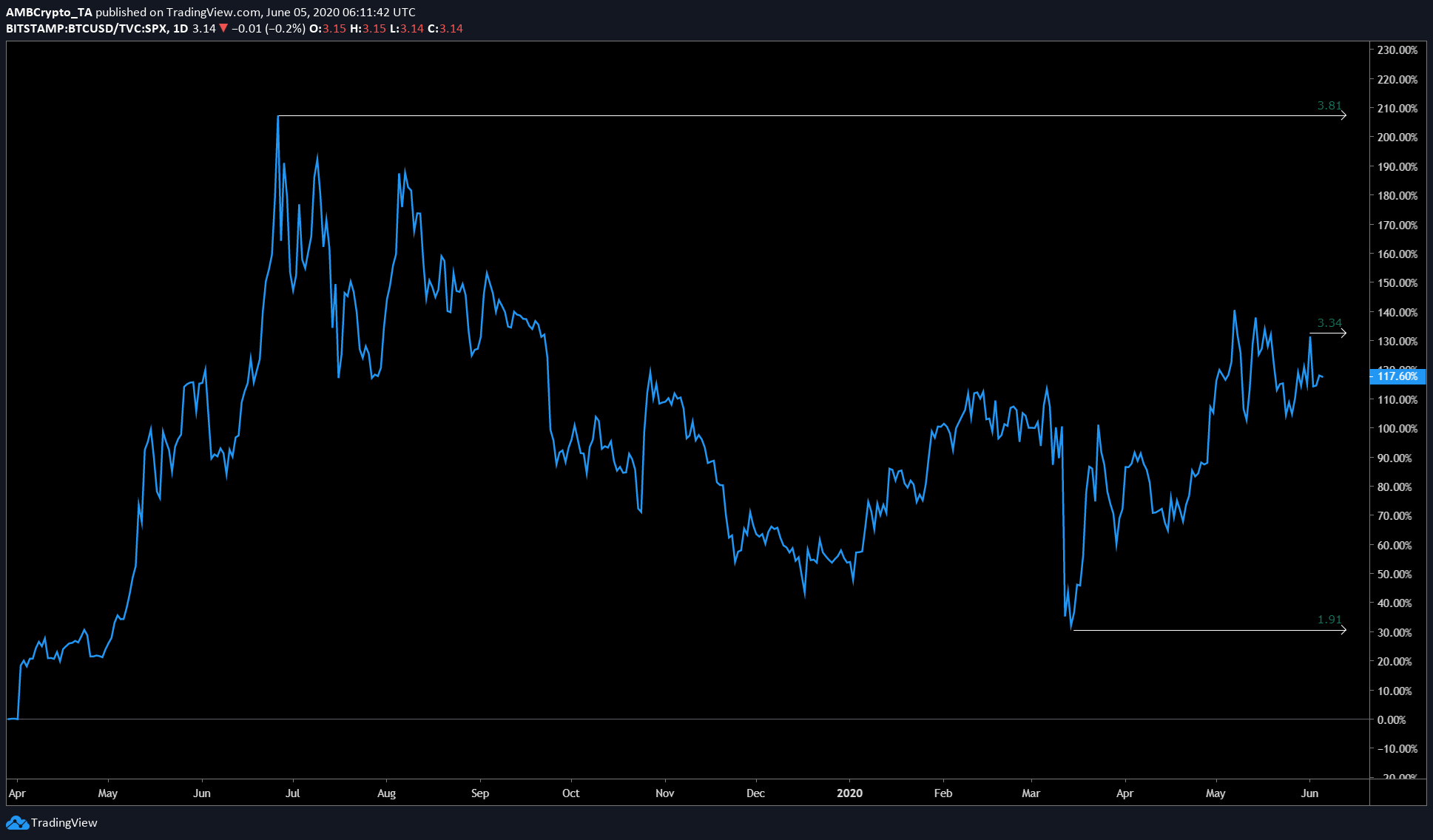 At press time, digital gold’s YTD RoI stands at 36% while that of gold at 12%. Additionally, the SPX’s YTD RoI is at -3.67%. Oil markets, which suffered a massive crash into the negative territory have its YTD performance at -42%. This shows that BTC is outperforming all the traditional markets.

With the entry of Paul Tudor Jones, Grayscale buying up BTCs more than its production limit, and the rising OI from CME’s BTC futures and options markets, the prospect for Bitcoin is nothing but bullish.