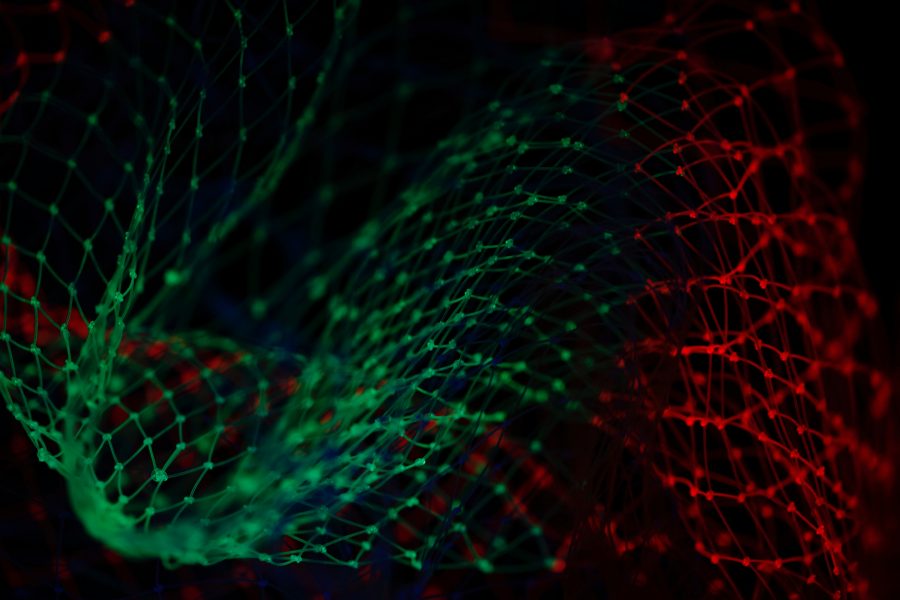 As the year comes to a close with the start of the final quarter, Bitcoin is still hinged at $8,000. Beginning the year at $3,300, the king coin took a while to get going, and once it did, it was a green parade.

The second quarter of the year was inaugurated by the biggest daily price pump in over a year. On April 2, Bitcoin pumped by over 17 percent, rising from $4,100 to well over $5,200 and then there was no looking back. Within the next few months, several resistance levels were shattered, placing Bitcoin well over $10,000 at its YTD high of $13,800.

Context, in hindsight, is a wonderful thing, and with it, the market can be observed with more nuance, rather than the ‘pumps and dumps,’ Bitcoin’s opponents usually cite. Skew markets charted the rise and fall of the king coin over the quarters since 2014, and, as things stand, there is little indication of which side the market is going to take – the bulls or the bears. 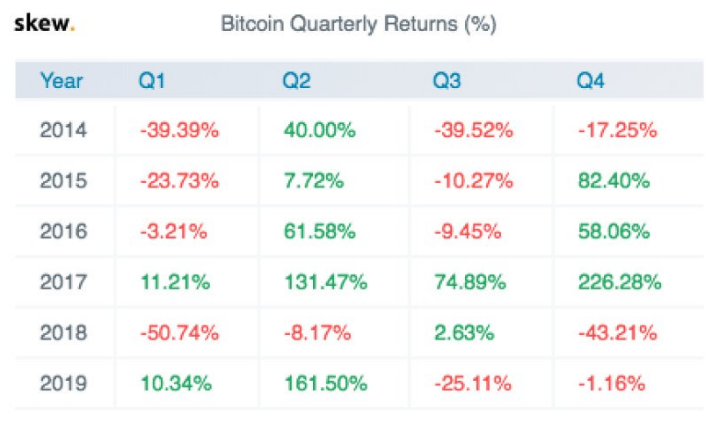 For the third quarter of the year, from July to September, over a quarter of Bitcoin’s price was shaved, dropping by 25.11 percent, or a quarter of its price. In what was pegged to be a continuation of the previous quarters’ bullish gains, which saw a whopping 161.25 percent price gain, Q3 disappointed, to say the least.

Many things were expected in Quarter 3, with two key decisions dominating the fold, the case of the Bitcoin ETF and the introduction of Bakkt. The Bitcoin ETF, which has been setting ripple movements in the price charts for over a year was struck down. VanEck and SolidX withdrew their application prior to the close of the quarter, with Bitwise’s application struck down at the start of this month.

On the other hand, one of the biggest [would be] catalysts for the bullish trends of the year was Bakkt, the Intercontinental Exchange’s digital assets program, which stated that they would be testing their physically delivered Bitcoin futures contracts in July. The hype-train saw this price fever, which stretched out till September 23 (the official launch of the derivatives product) cause the price to hold firm at the $10,000 range.

The actual event, however, missed the mark. With only 72 BTC worth contracts traded. At press time, the daily volume was 27 Bitcoins, priced at a paltry $7,960.

As the year veers to a close, Bitcoin markets are not looking too good. Owing to the Bakkt fallout, not only did the price drop by over $1,500, but the candles took a drop below the descending triangle. A move below the baseline of  $9,340 signaled the coming of a long bearish run, which Bitcoin for the past 3 months has not managed to resolve.

Currently priced at $8,020, already down by 2 percent since the beginning of the month, foreseeing no bullish announcements in the coming weeks, the quarter looks to down another coat of red.

Bitcoin ETF is a matter of ‘when rather than if’