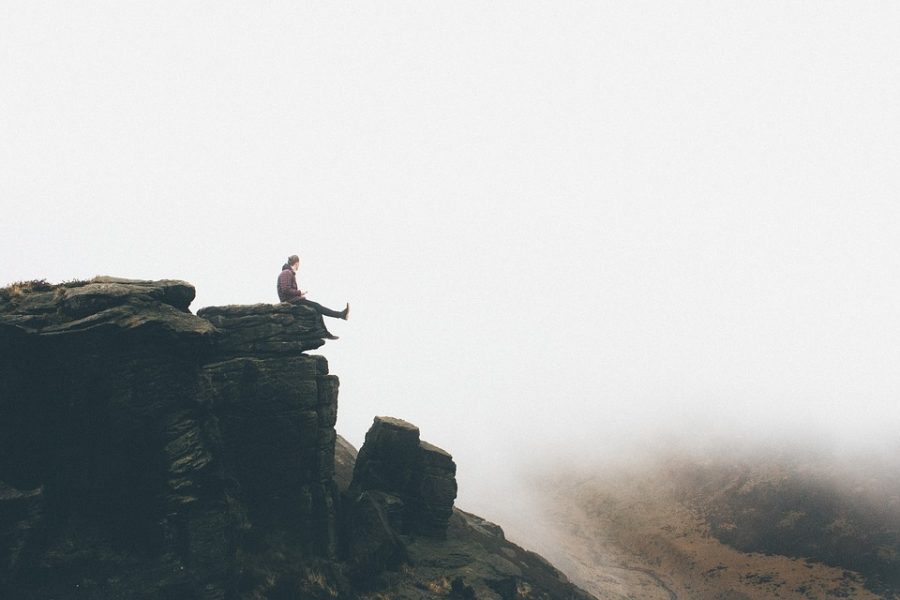 Bakkt up or shut up.

A month ago, the CME looked down and out and now, it’s anything but. Bitcoin Futures, from a regulated standpoint, was associated with the CME and the CBOE, following the Chicago exchanges’ entry into the crypto-derivatives space two years ago. The prime catalysts for the December 2017 bull run were enjoying a positive 2019, with Bitcoin’s price and the Futures volume soaring. However, one young gun looked to stand in firm opposition to the war horses’ success.

Bakkt, the Intercontinental Exchange’s crypto-brainchild, was slated to spur institutional Bitcoin markets with its flagship physically delivered Bitcoin Futures contracts, with the CME’s hold looking to slip and with it, their periodic push-and-pull of the market looked to decline.

From the perspective of institutions, investment, and price discovery, the hold of the CME was rung in the heads of Bitcoin proponents periodically at the expiry of every Futures contracts, which the sensitive cryptocurrency markets always seemed to respond to. Until last month.

The Bitcoin Spot and Futures, interlinked with the CME Futures expiry, has a spillover effect on the larger Bitcoin market, but last month was not so. Bakkt, the digital assets platform curated by the NYSE’s parent company, scheduled a September 2019 launch for their Bitcoin derivative contracts, putting the CME in an uncomfortable position.

The CME’s cash-settled Bitcoin contracts are simply an investment tool for Wall Street to move around ‘contractual Bitcoin,’ and make millions. Bakkt, on the other hand, allows actual movement, storage and trading of Bitcoin, complete with a custody service, a package which is thought to be a boon to the cryptocurrency-derivatives market. Add to that the infrastructural backing of ICE, and Bakkt was primed for a takeover of the CME market.

Given this market-setting, it came as no surprise to many in the cryptocurrency space when the CME Bitcoin Futures expiry in August had little effect on the larger Bitcoin market. Between 30 August and 3 September, Bitcoin surged by 11.8 percent and shot over $10,600, its highest price point that month, in stark contrast to the bearish spells that previous contract expiries had caused, with the volume painting a similar story.

On the verge of the August expiry, Tim Court, Managing Director and Global Head of Equity Products at the CME, told Forbes that on average, 7,237 Bitcoin Futures products had been traded. The number, standalone, looks impressive, until the data leading up to the number is looked at. Between 26 July and 19 September, around 4.300 contracts were traded, 40 percent lower than the YTD figure, showing a slump in the flow.

In June, Bakkt stated that its Bitcoin Futures would be launched in September, which resulted in a drop in CME Bitcoin volumes. However, the actual launch had the opposite effect than what most people were anticipating.

With Bakkt coming out with physically delivered Bitcoin Futures, cash-settled CME contracts looked to be on their way out, but the cryptocurrency industry has a unique way of taking you by surprise. On 23 September, the official Bakkt curtain raiser saw 71 Bitcoin worth of volume traded, a bitter disappointment for the market. Bakkt claimed that “price discovery” was in the process, but many in the industry termed the launch a “flop,” to put it nicely.

Bitcoin Futures volume on CME from 21 August to 25 September,

CME, whom many slated to bear the bearish brunt of Bakkt’s unveiling, actually spurred. The CME Bitcoin Futures volume on 24 September soared to 14,000 contracts and the following day, saw over 8,000 contracts traded. The rumor of ‘physically delivered over cash settled’ was squashed. Mati Greenspan, Senior Markets Analyst at eToro told AMBCrypto that this contrasting movement, both in mind and in market, could be summarized as “convenience over custody,” adding that “Wall Street has made their priorities quite clear.” He however, provided a disclaimer that it still might be too early to tell, but the signs were present.

BITCOIN ON THE BRINK

In the midst of this ‘institutional switch’ from Bakkt to CME, and from convenience to custody, Bitcoin broke down. On the second day of ‘post Bakkt,’ Bitcoin fell by double digits to below $8,500 for the first time in three months. While the breakdown from the ‘descending triangle’ follows conventional trading patterns, the unfortunate Bakkt launch did have something to do with it, with institutions making their intentions quite clear.

At press time, Bitcoin is still trading below $8,100, and BTD [Buy The Dip] is making the rounds on crypto-Twitter. Furthermore, on the day of the CME Bitcoin Futures expiry [27 September], the price dropped by another $400, falling below the 200-day Moving Average, yet another price setback for the coin.

The effect of the CME Bitcoin Futures expiry cannot be understated, especially at this juncture of the market. Arcane Crypto, a crypto-analytics firm, recently reported that the price of Bitcoin on average, drops by 2 percent prior to the CME contracts being settled. Referring to this as a “systematic trend,” the report stated that the price had dropped 15 of a total of 20 times.

“Bitcoin falls on average 2.27% towards settlement each month. In comparison, the average on a random day over the same period is hardly negative, with a fall of only 0.06%.”

With the markets pressing for a downturn, given the depth of Bakkt’s importance and the volume pump of the CME contracts, the question remains; where does Wall Street stand on cryptocurrency based on the trend seen this week? The CME will continue to attract large scale ‘institutions,’ while Bakkt waits to reassert itself.

The one’s prodding the CME can be divided into two categories, according to cryptocurrency analyst and economist Alex Krüger. The volume emanates from “hedge funds and proprietary trading firms.” According to the economist, these investors “matter” as they “have the largest pockets in finance.” Bakkt, on the other hand, has not got him off his seat just yet, but Krüger is willing to play the waiting game for now.

“Bakkt is so far no more than a meme that failed to deliver. Let’s wait to see if their volumes start trending higher before talking about how Bakkt will impact the CME.”

Bakkt, the rumour, caused a stalemate in the Bitcoin Futures volume on the CME, which resulted in the August expiry having no bearish effect on the market. However, the September expiry has caused an immediate decline in the price, dropping by over $2,000 in the past week, coupled with the failure of Bakkt, the news.

The CME contracts seem to have a greater weightage as the current market goes, owing to a clear dividing line between itself and Bakkt, from an institutional standpoint. Wall Street’s preference for the cash-settled nature of the regulated Futures, coupled with the sensitivity of the Bitcoin markets, especially at this given moment could cause price pressure on the Bitcoin markets, leading to a trickle-down, if not a precipitation on the spot price of Bitcoin.

Bitcoin still outperforming most well-known traditional assets, despite being down by 20%