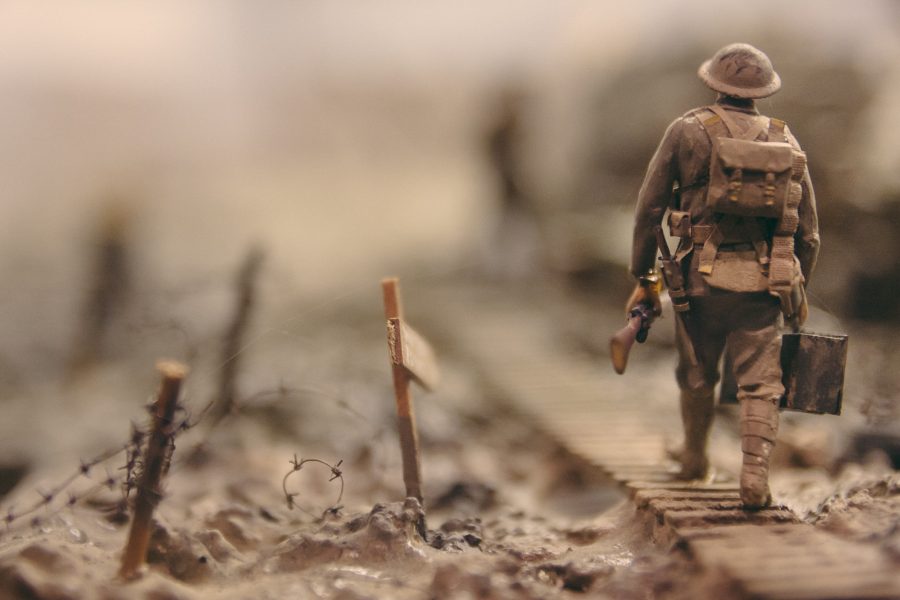 Bitcoin and Gold are dancing to the same tune once again.

The long-held claim of Bitcoin being the digital equivalent of gold was strengthened earlier this month with the correlation between the cryptocurrency and the commodity jumping to a high not seen since August 2016. Following the US-led killing of Iranian military commander Qasem Soleimani, Bitcoin and gold, hand-in-hand, swerved.

On the back of this BTC-gold correlation, Arcane Research stated that the correlation between the two was at its highest point since 2016. Their recent report put the 90-day Pearson correlation at 0.3, the highest since August 2016, when Bitcoin was trading at $600 and gold was valued at $1,330 per ounce.

This correlation bears all the more importance when the 1-year time-frame is looked at. At the close of 2018, during the peak of the crypto-winter, the correlation was at -0.2. Since then, a common tune has been playing for Bitcoin and gold.

Evidenced by not one, but three price movements, the trend holds steady. On January 3, as Soleimani’s death was made public, Bitcoin and gold saw massive surges. In retaliation, Iran attacked a US air-base in Iraq, causing yet another surge in the two stores of value, pushing Bitcoin over $8,000 for the first time since November 2019.

As US President Donald Trump spoke of de-escalation, Bitcoin made a stark U-Turn, dropping below $8,000. Gold, with its threshold placed at $1,600 per ounce, saw a move up and down, with the de-escalation speech causing reversal. 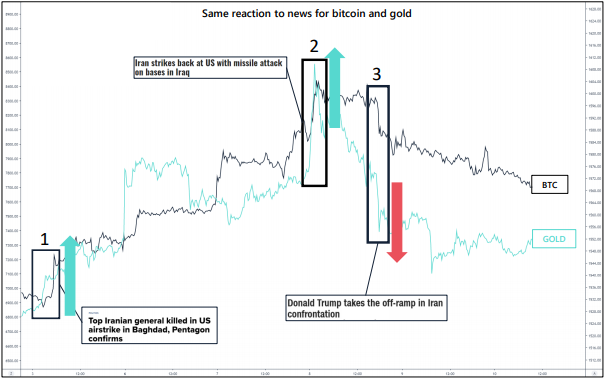 Maintaining that this correlation between the two non-traditional assets is rare, the claim of Bitcoin being a “safe haven” could be coming to fruition. However, Arcan stated that short-term correlation does not imply long-term causation in any way,

“This short-term price action could also just be spurious correlation and a long-term evaluation must be taken into consideration.”

While Bitcoin is moving towards the “safe haven” claim, this move is centered more on market volatility than the market itself. In the case of this particular conflict, there is no organic demand from Iran itself, both in product and in sentiment.

Bitcoin demand in Iranian rial [IRR] and Google search volume for the term “Bitcoin” has shown no spike with global spot price, indicating that the price surge emanated from investors overseas hedging the uncertainty of the global market, rather than Iranians looking for a “safe haven.”

Related Topics:featuredgoldIranUnited States
Up Next