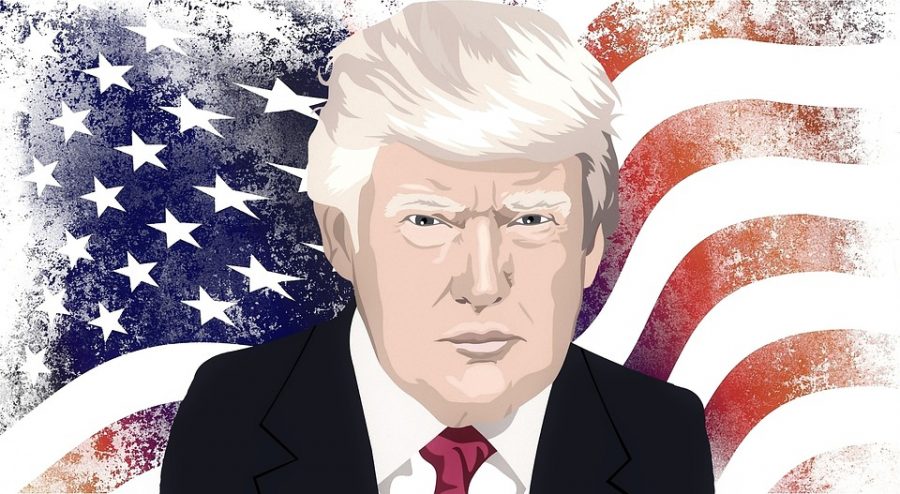 From an experimental idea in the minds of Libertarians, cryptocurrencies today have become an idea of interest for major financial and non-financial institutions, politicians, nation-states, and even terrorist groups. U.S President Donald Trump’s recent comments on Bitcoin and cryptocurrencies was perhaps, the best reflection of this growing sentiment. However, Trump’s incendiary comments run contrary to the growing use of cryptocurrencies in American politics.

Long gone are the days when barons and lords with the largest armies played kingmakers and molded the face of politics. However, not everything has changed either. Money still plays an important role in deciding who rules the country. This is true of presidential democracies such as the United States as well. In fact, a candidate’s fundraising is crucial to his/her chances in election year.

However, while these contributions to fundraising campaigns have traditionally been in cash or kind, a new trend is emerging. Despite the hesitance of the political class in the United States to accept cryptocurrencies in the mainstream, many have been only happy to accept them in donations. And while the share of cryptocurrency donations is still minimal, growing numbers highlight their significance.

According to a study by the Centre for Public Integrity, the 2017-18 election cycle recorded almost $570,000 in cryptocurrency donations for a host of federal candidates and political parties. While insignificant with respect to the $2.5 billion raised during the same election cycle, these donations are much higher than previous election cycles. The same study found that this figure was $38,000 during the 2014 elections, falling to a low of $2,500 in the 2016 elections.

The benefactors of these cryptocurrency donations haven’t been fringe candidates either. Republican Andrew Hemingway was the first to open the floodgates when he announced cryptocurrency donations for his Gubernatorial election campaign in 2014. In fact, Hemingway claimed that cryptocurrencies contributed to 20% of the total capital he went on to raise. Others followed, with the likes of Jared Polis, Greg Abbott and most famously, Presidential candidate Rand Paul following suit.

The curious case of Crypto-PACs

Political donations and contributions aren’t the only area where cryptocurrencies are making a mark. The rising popularity of cryptocurrencies have spurred the growth of Political Action Committees, or PACs too. Since 2013-14, several PACs created with the sole purpose of pushing for cryptocurrency-friendly regulations have campaigned and raised money for ideal candidates.

BitPAC is a significant example of the same. According to data retrieved from the Center of Responsive Politics, this hybrid PAC/Super PAC raised over $140,000 in the election cycle of 2018, a staggering gain of 400% over the $27,500 it raised in 2014. Over the years of its operation, it has donated to candidates as diverse as Rand Paul, Brian Forde and Ted Cruz.

What is also interesting to note here is that Brian Armstrong’s Coinbase and Jeremy Allaire’s Circle have also contributed to this PAC, highlighting the participation of crypto-enterprises in precipitating crypto-friendly changes in the legislative arena.

This brings us back Donald J. Trump, the 45th President of the United States of America. President Trump made headlines after he went on yet another one of his Twitter rants. This time, his targets were Bitcoin and cryptocurrencies. He had tweeted,

“I am not a fan of Bitcoin and other Cryptocurrencies, which are not money, and whose value is highly volatile and based on thin air. Unregulated Crypto Assets can facilitate unlawful behavior, including drug trade and other illegal activity.”

Trump’s tweets were discouraging to many in the cryptocurrency community, most of whom went on to question the President’s understanding of the digital currency. However, what is significant is that Trump’s tweets highlighted the President’s ignorance of how crucial Bitcoin and cryptocurrencies are becoming to the United States’ election and political machinery. This is interesting to note as cryptocurrency donations have enjoyed a fair degree of bipartisan support in the country.

Bitcoin: The savior of the alt-right?

President Trump also fails to recognize how useful cryptocurrencies have turned out to be for many on the right-wing and the alt-right. Many on the right, a lot of whom were some of Bitcoin’s early adopters, have turned to Bitcoin and cryptocurrencies after mainstream institutions such as Apple Pay and PayPal froze their accounts citing Neo-Nazi, white nationalist and anti-Semitic sentiments.

Bitcoin has emerged to become the currency of the alt-right, according to Richard Spencer of the National Policy Institute, a known white nationalist think tank. In fact, the use of cryptocurrencies among such groups is so popular that the Southern Poverty Law Center released a list of such groups that were open to cryptocurrency donations. Needless to say, there were a lot.

This is a demographic Donald Trump carried in the 2016 Presidential Elections. To openly criticize and possibly, take action against an instrument which is fast becoming this demographic’s financial lifeline could be political suicide. President Trump doesn’t seem to have realized that yet.

Then there’s the question of Russia. The Federal Bureau of Investigation, CIA, NSA and the Senate Intelligence Committee have all concluded that Russia interfered in the 2016 U.S Presidential elections with the intention to “undermine public faith in the Unites States’ democratic process.” And while the complicity of any of the 2016 Presidential candidates is yet to be proved, only one winner emerged from the election.

A grand jury indictment has already ruled that Russia used cryptocurrencies and cryptocurrency exchanges to take advantage of the gaps in the United States’ financial transparency and political financial systems. To publicly criticize and imply serious actions against a financial instrument that may have contributed to his victory is a curious step for Trump to take.

Reports dated 2016, reports which predicted Bitcoin’s performance on the off-chance of Donald Trump’s victory in the Presidential elections offer an interesting read now. One of these read,

“If Donald Trump becomes President of the US, there is the very real prospect of turmoil on world markets. However, Bitcoin trading would thrive in such an environment, at least until the impact on major fiat currencies becomes clear.”

This prediction did come by, at least in part, as Bitcoin hit its all-time high in December 2017. However, this bullish momentum failed to sustain itself as the crypto-winter soon took over the market. Further, Trump’s positive impact on the cryptocurrency was turned on its head after a combination of his statements/tweets and the Facebook-Libra hearings pulled the king coin below the $10,000 mark after a brief resurgence.

There is still a long way to go before the Trump administration takes a conclusive stance on Bitcoin and cryptocurrencies. As with everything associated with the mercurial President, his future thoughts and actions are uncertain and unpredictable.

However, Trump must realize that countries such as Canada, UK, China, Sweden, Thailand and Israel have already begun investigating the full scope of cryptocurrencies, even going as far as discussing the prospect of a Central Bank-issued Digital Currency.

President Trump risks the prospect of missing the cryptocurrency train altogether. If he does, he won’t have Hillary Clinton or Barack Obama to blame.

Tron’s BitTorrent saga is a collage of hits, misses and Justin Sun’s promises