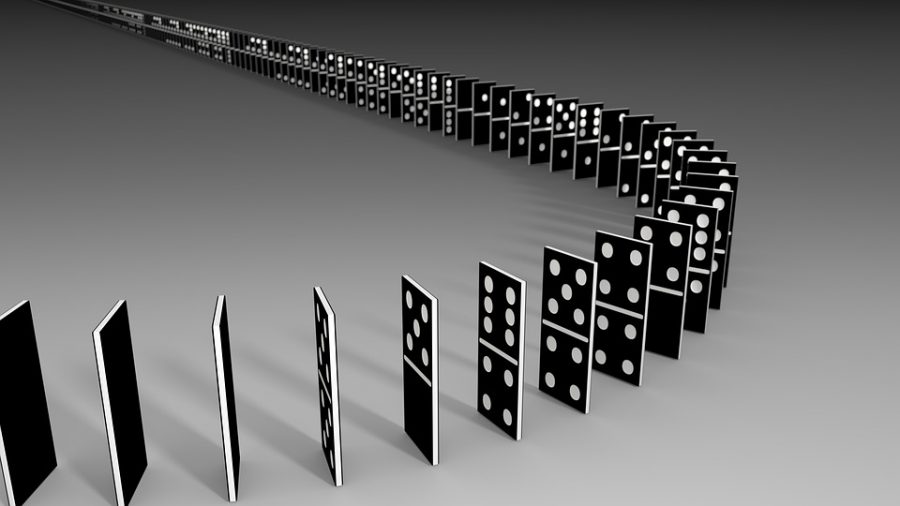 The previous year had been ruthless to cryptocurrencies, however, this year has been all about recovering from the bear’s attack for most coins but one.  XRP’s adoption spree is evident, but that has not helped it break away from the continuous consolidation pattern the coin has been subjected to. As it goes through minor crests and troughs in the market, the community waits for the coin’s value to rise. The last peak for the coin was noted at $0.7961 on September 2018, after which the coin has been on a downward spiral. 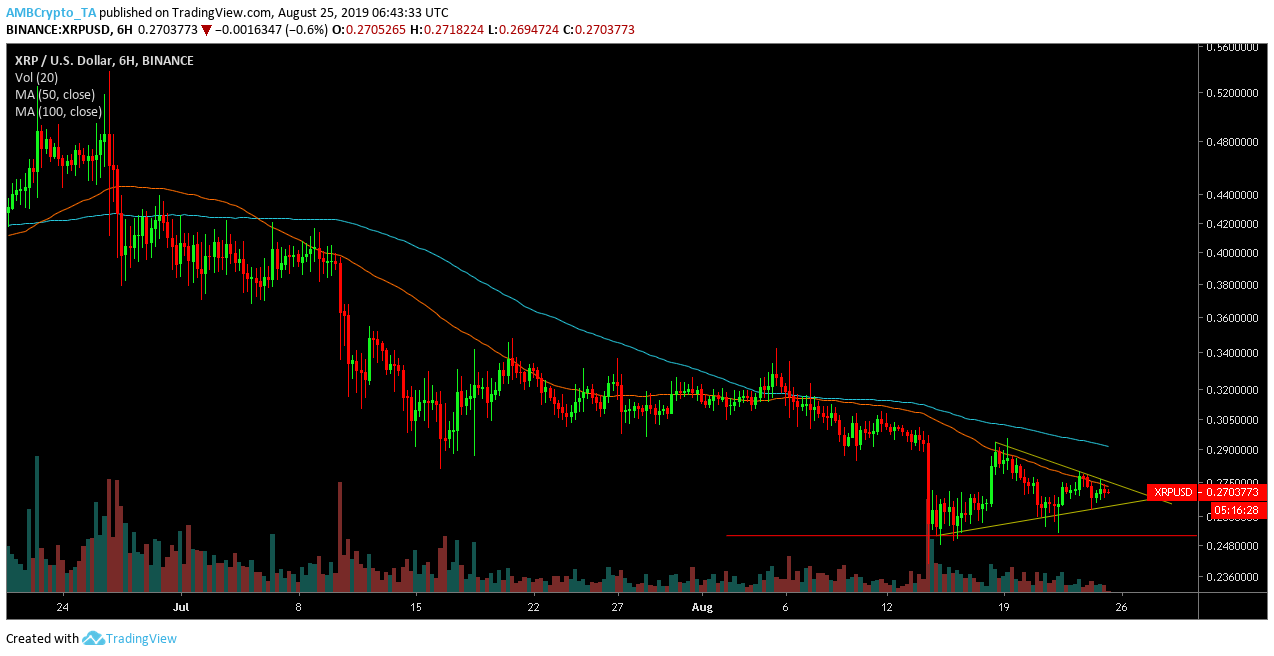 The 6-hour chart indicated formation of a symmetrical triangle. The pattern is characterized by simultaneous downtrend and uptrend lines tapering. Consecutive downtrends can be observed from $0.2934, $0.2803, and $0.2761, while uptrends extended from $0.2522, $0.2597, and $0.263. The convergence of uptrends and downtrends form a point of breakout; however, with Symmetrical triangle, it is difficult to identify the direction of the breakout. 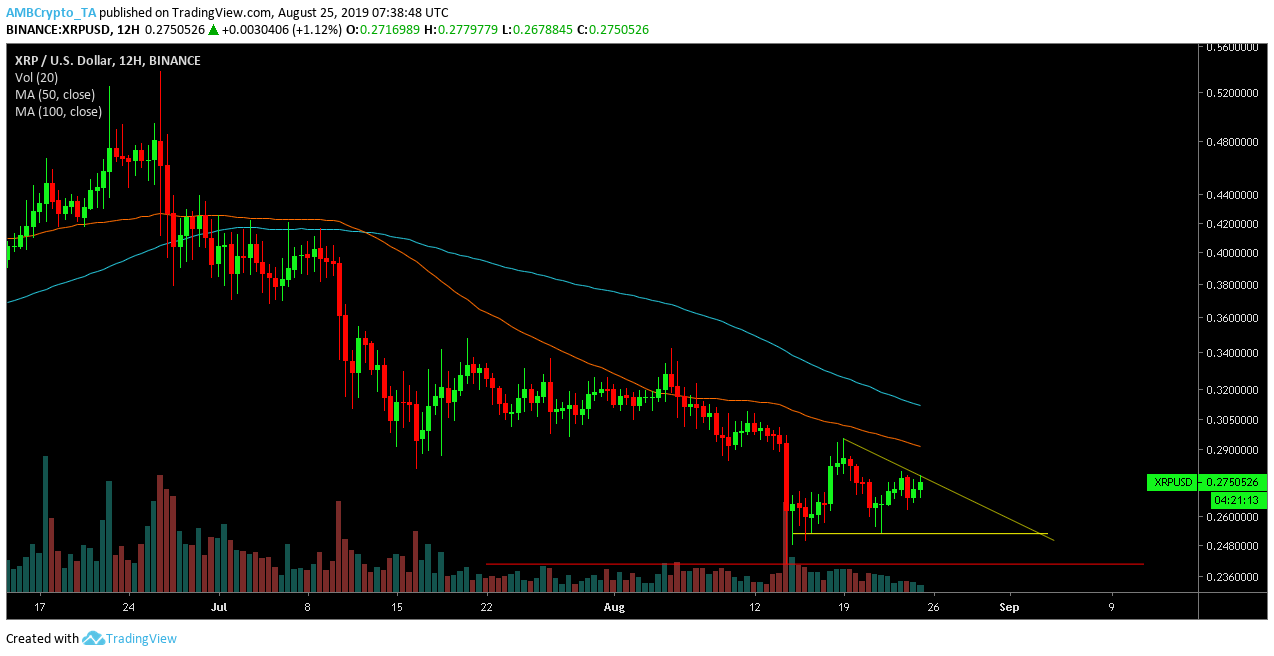 Another breach, another fall

The symmetrical triangle might result in a breakout towards another slump, as the moving average confirms the bear’s presence, while the descending triangle pattern awaits further consolidation. However, the coin might note a minimal rise in price between the trend lines, before it breaks out.