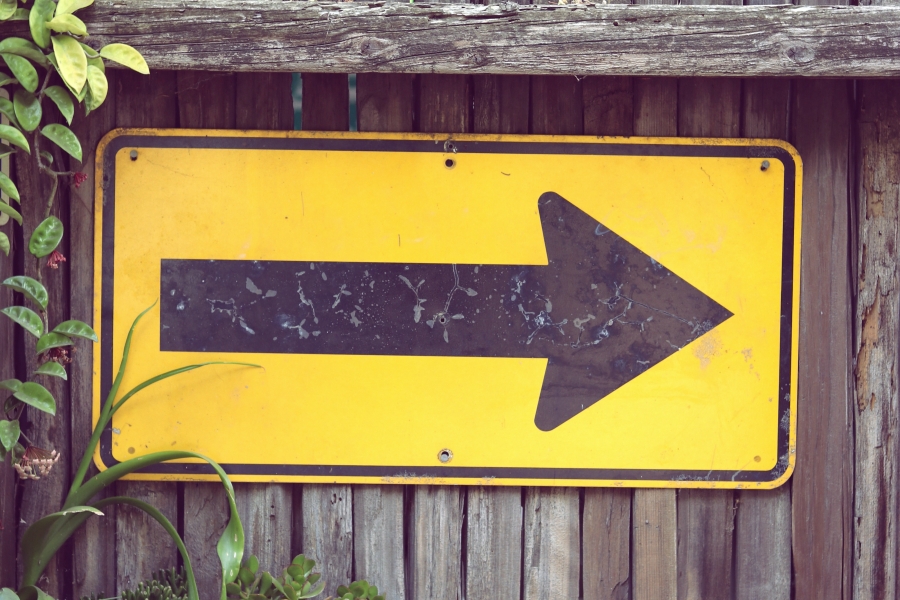 XRP spent over 97 days under the $0.30 mark, before resetting the counter just hours ago. After dropping down to $0.266, XRP has been moving upwards through steep candles and high volumes. According to CoinMarketCap, XRP had a market capitalization of $13.1 billion, with over $3.52 billion worth of XRP traded over the last 24 hours. 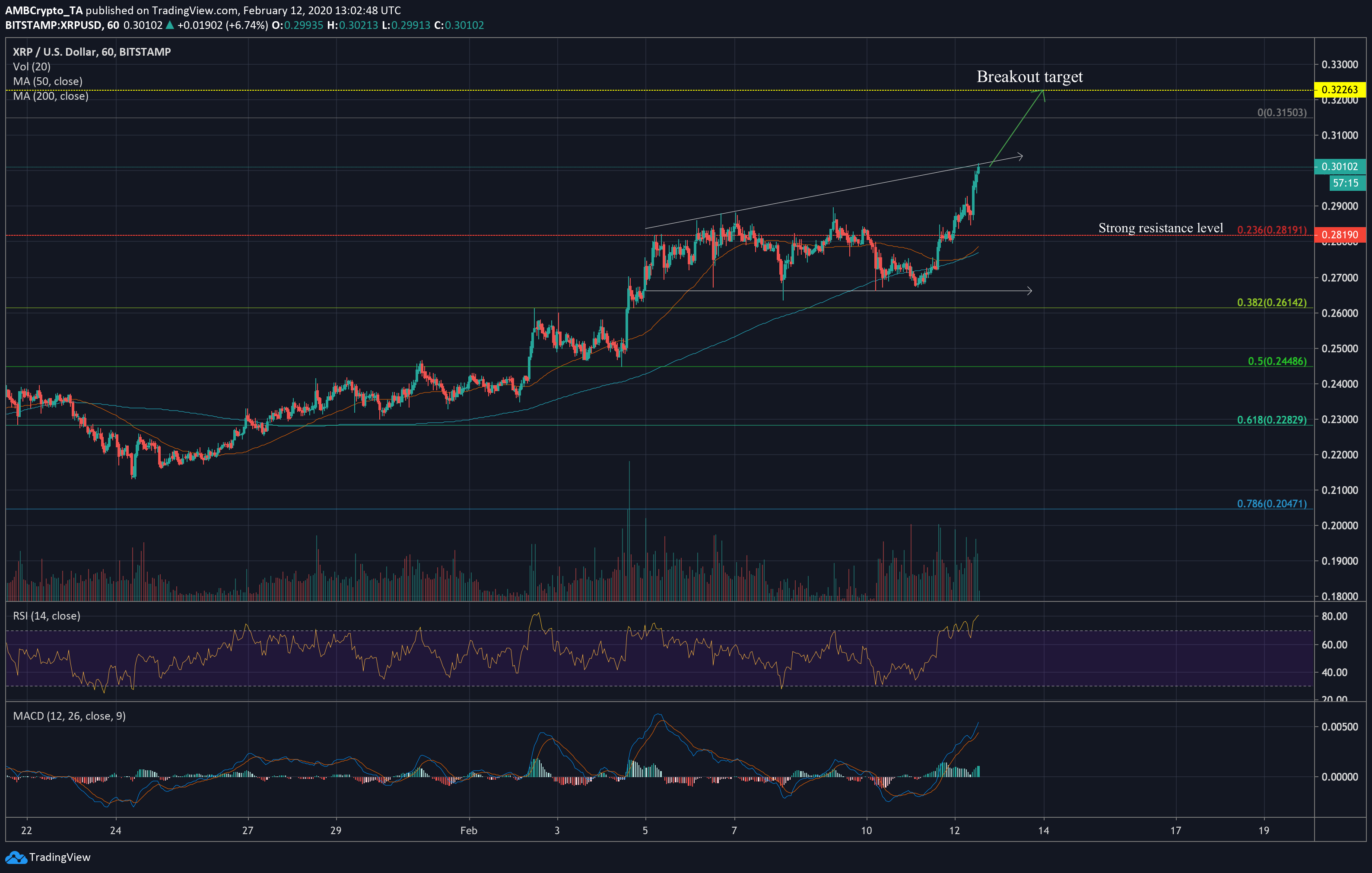 Over the last week, XRP has been moving in an ascending right-angled broadening formation, a slightly bullish pattern that performs best when the incoming uptrend takes less than three months. ‘Slightly bullish’ means that there is a 54% chance of an upward breakout and while that closely resembles 50:50 odds, technical indicators suggest that an upward movement is far more likely.

Both the 50 and 200-day moving averages were moving under the price, having broken out of their death cross in late- January. While XRP’s latest drop from nearly $0.29 to $0.266 caused the 50-DMA to once again face-off the 200-DMA, a sudden rise above the $0.282 level has been able to maintain the bullish golden cross.

The MACD appeared quite optimistic, with the MACD line moving above the signal line and showing no signs of looking back. However, the RSI reported an overbought market, something that could indicate some short-term sideways movement before XRP breaks out upward.

Should some sideways movement occur, the breakout could be delayed for a day at most. However, once the candle breaches the upper trend line, a pump to $0.322 might be possible by the end of the week. 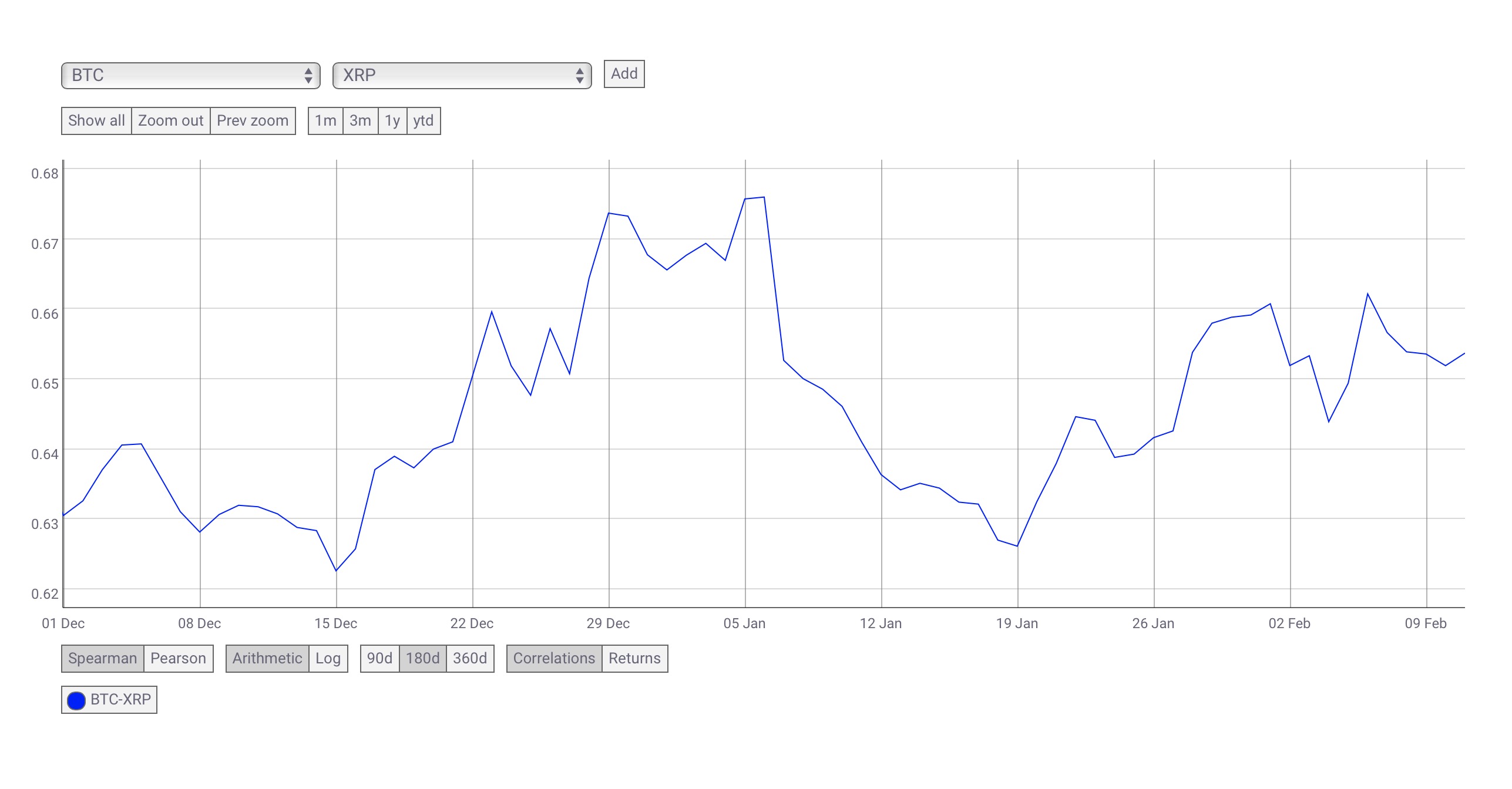 CoinMetrics‘ chart shows that XRP’s correlation with Bitcoin has been on a steady uptrend since mid-January, especially since a decoupling began during the start of the year. Considering Bitcoin‘s strong push above the $10,000 level in recent times, we might see some similar movements on the XRP front. Volatility has also been on the rise since late-December and this could indicate stronger upward movements in the weeks to come.

With the 50 and 200-DMAs maintaining their golden cross, coupled with the MACD predicting short-term bullish movement, we could see an upward breakout to $0.322 over the next few days. Bearing in mind Bitcoin‘s recent bullish movements, its rising correlation with XRP also estimates price appreciation in the short-term. However, with the RSI reporting an overbought market, some sideways movement might happen, delaying the breakout slightly.