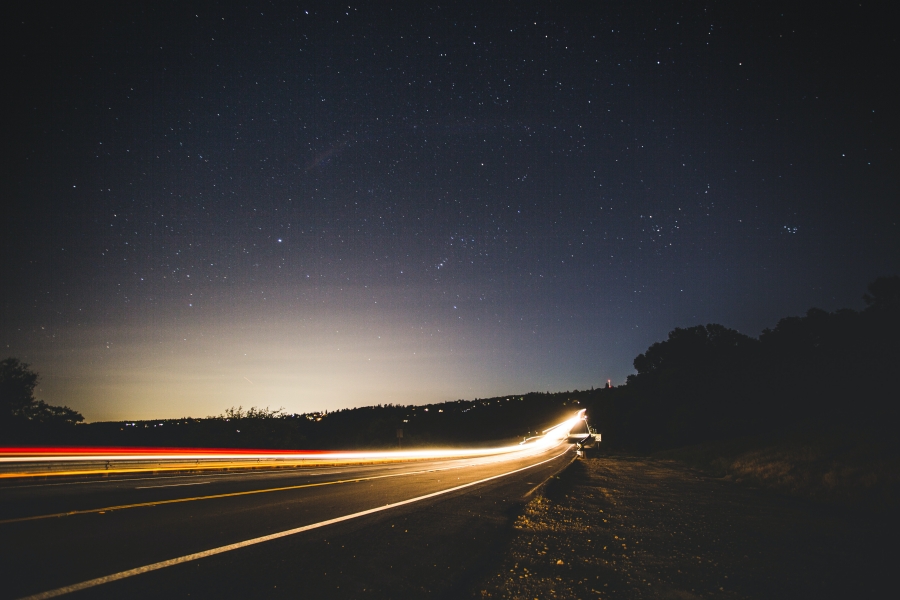 When the concept of a stablecoin was first introduced, it took the cryptocurrency industry by storm. Trading moved faster, liquidity rose, and markets became more efficient. Further, the introduction of stablecoins enabled users to make cryptocurrency payments without the risk of volatility.

Though stablecoins have changed the way crypto-markets work, a number of controversies surrounding fiat-pegged tokens have emerged over the last few years. National financial regulators have also looked at the asset class with skepticism, while raising numerous concerns regarding their potential economic impact. Nothing is greater evidence of how keen and skeptical the world is about stablecoins than the fact that the recent World Economic Forum in Davos inaugurated a consortium to look into digital assets, CBDCs, and stablecoins.

However, such hurdles haven’t stopped stablecoins from being used.

According to CoinMetrics’ latest issue of its ‘State of the Network’ report, velocity of one-year active supply of stablecoins is near its all-time high. Velocity generally represents how often a crypto-asset has changed hands, something that essentially means that market participants have been increasingly transacting with stablecoins. 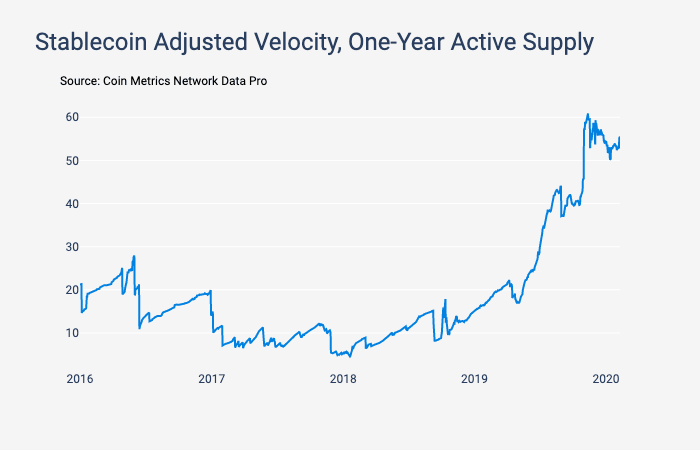 The chart from CoinMetrics also shows that stablecoin velocity has been on the rise since the start of 2018. However, the metric recorded an accelerated rise after mid-2019.

This sounds reasonable in light of the fact that many new stablecoin projects were launched last year. Additionally Tether, the most dominant stablecoin in the market, was issued on the Ethereum blockchain last year, a development that likely further contributed to the increased average stablecoin velocity. In fact, according to CoinGecko’s 2019 yearly report, Tether held a market dominance of 82% in the stablecoin market.

Further, according to a report by ConsenSys, projects in 2019 saw over $1 billion in stablecoin funding facilitated by Tether. Also, one of the largest cryptocurrency exchanges in the world, Binance, also launched a USD-backed stablecoin last year – BUSD.

Considering the volume of trading that happens on the platform, this is also likely to have contributed to the increase in stablecoin velocity as users on Binance have far more incentive to trade BUSD than other fiat-pegged cryptocurrencies.

Additionally, it was recently reported that over $1 billion had been locked into decentralized finance (DeFi), out of which MakerDAO accounted for around 60%. This rise in ETH-pegged DAI usage further validated the increased stablecoin use over time.

Despite the host of concerns surrounding stablecoins and their potential impact on cryptocurrency markets and world economies, it’s clear that they are here to stay and will probably continue to be used more and more as the crypto-space grows.