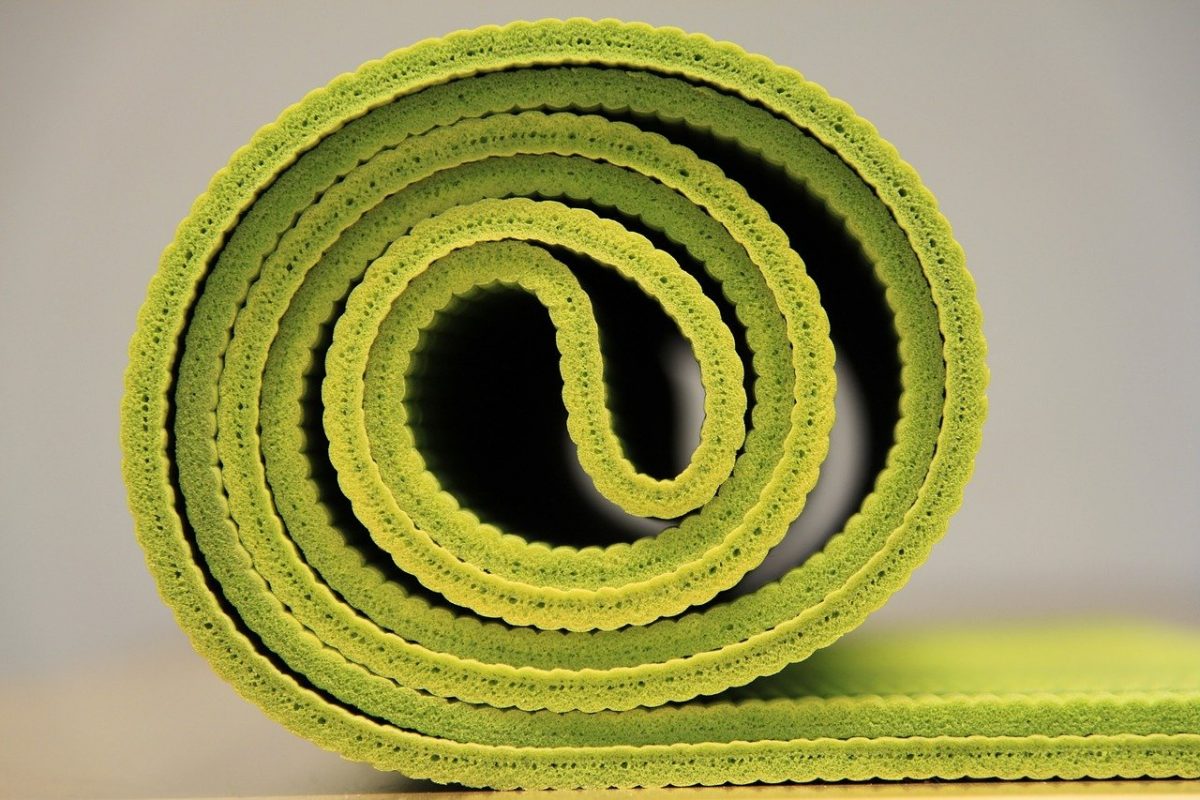 Bitcoin Dominance remained steady at 62.87%, at press time, but Ethereum instilled some courage in the altcoin market bulls after its hike that took it past $550. Tezos and Augur noted some short-term bullish momentum over the past few days, while Verge did not see either the buyer or the seller side seize the initiative and direct the market yet. 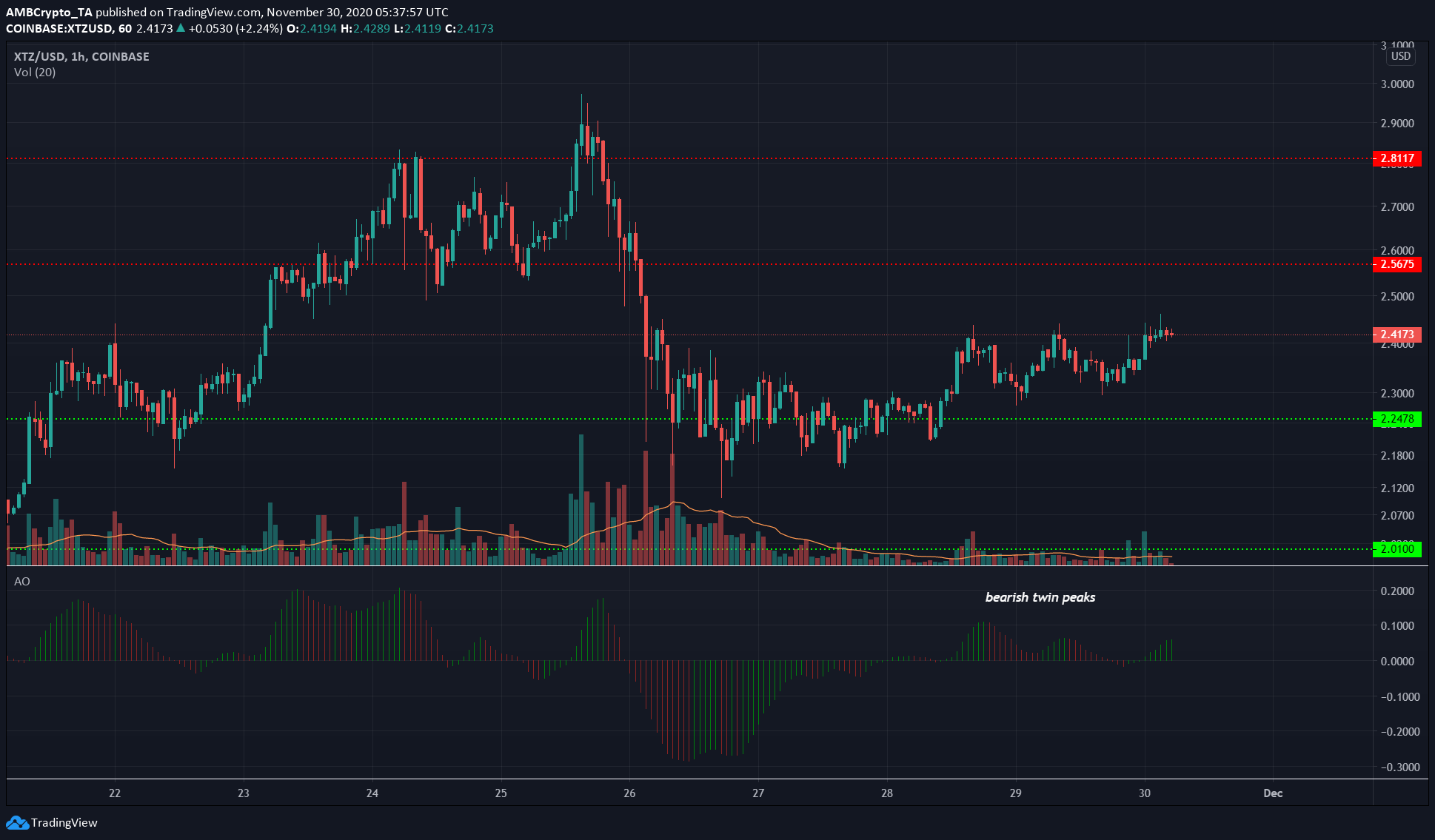 XTZ formed a bearish twin peaks setup, as shown by the Awesome Oscillator. The price subsequently dropped by 4.45% to $2.31. At the time of writing, the AO was picturing rising bullish momentum.

The region between $2.4 and $2.45 has been a liquidity pocket for XTZ in the past, while also offering some resistance to the price over the past couple of days. A candle close above $2.45 could see XTZ test the level of resistance at $2.56 in the near-term. 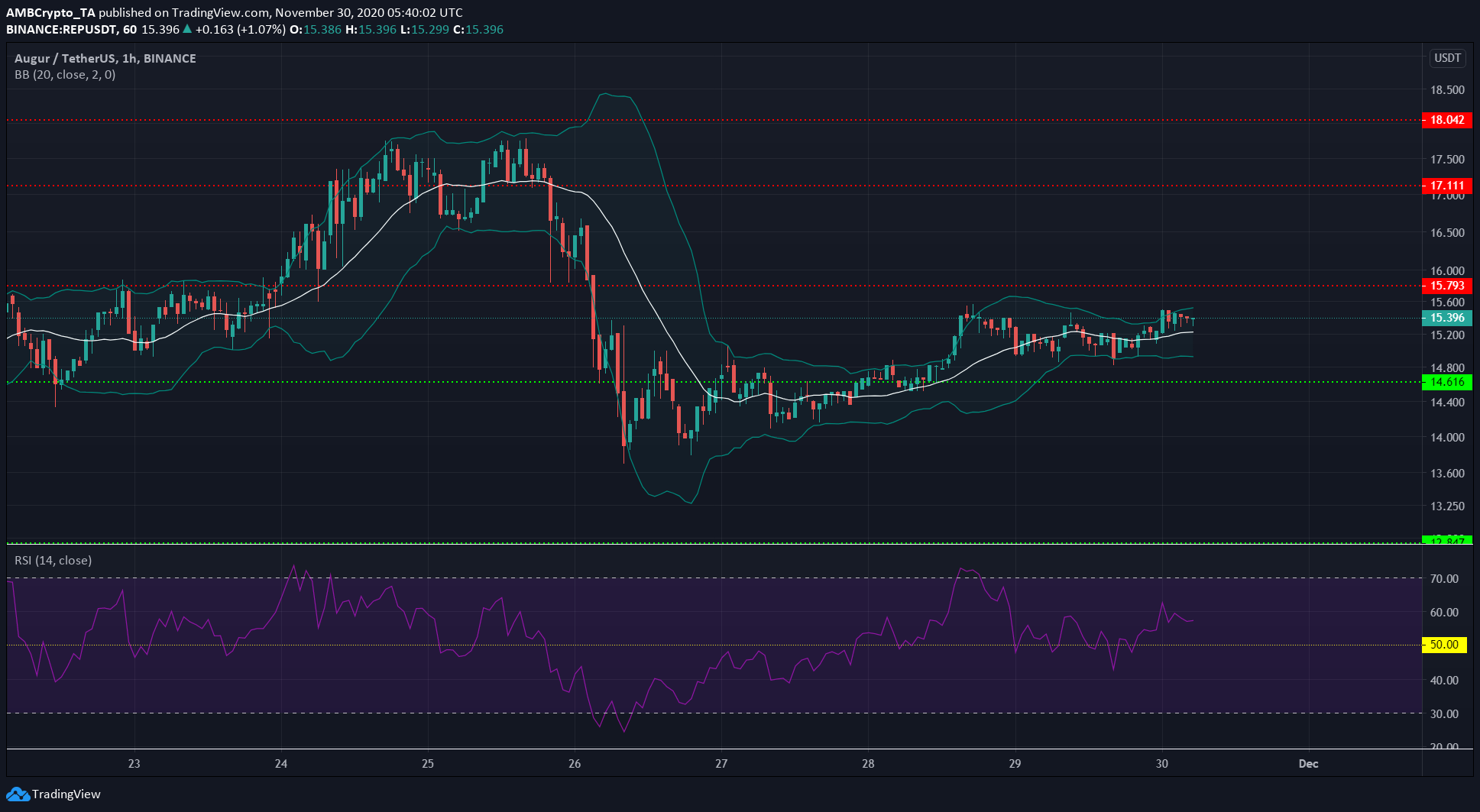 On the hourly charts, the Bollinger Bands were tight around the price, indicating a period of lowered volatility and consolidation for REP.

The RSI moved steadily above 50, with the same reflecting the slow gains made since the crypto’s recent drop to $13.6.

The price was trading at $15.396 at the time of writing, and a level of resistance lay at $15.79 for REP, with the support at $14.6. A breakout backed by above-average trading volume can be a signal to enter the market on the side of the bulls. 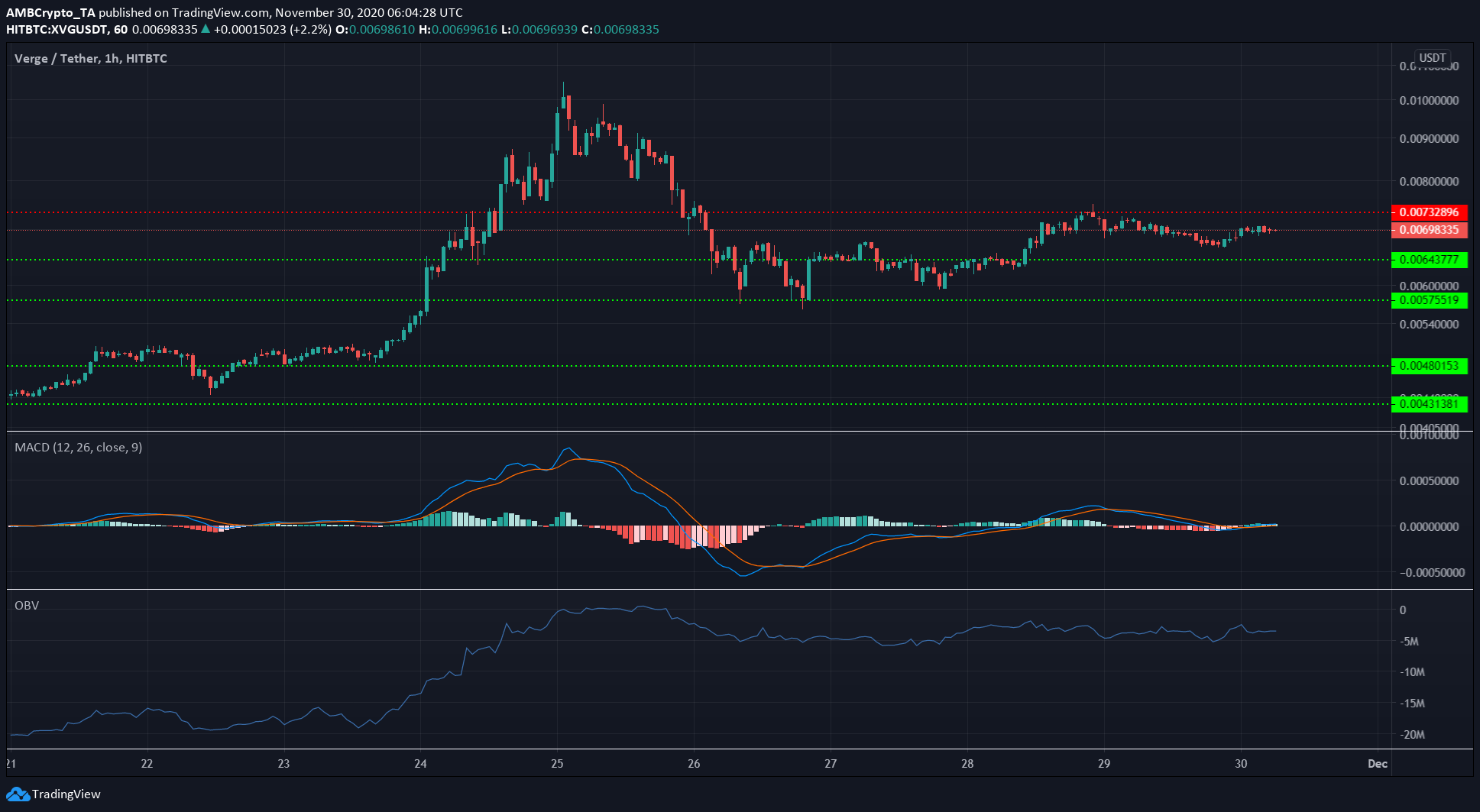 The short-term momentum for XVG was neutral. The MACD and the Signal line were almost overlapping and have been for the past few hours.

Neither did the OBV show an ascendant buying or selling side. They have been in equilibrium over the past few hours, and XVG market participants appeared to be sitting on the sidelines, waiting for a catalyst to spur the price in either direction.