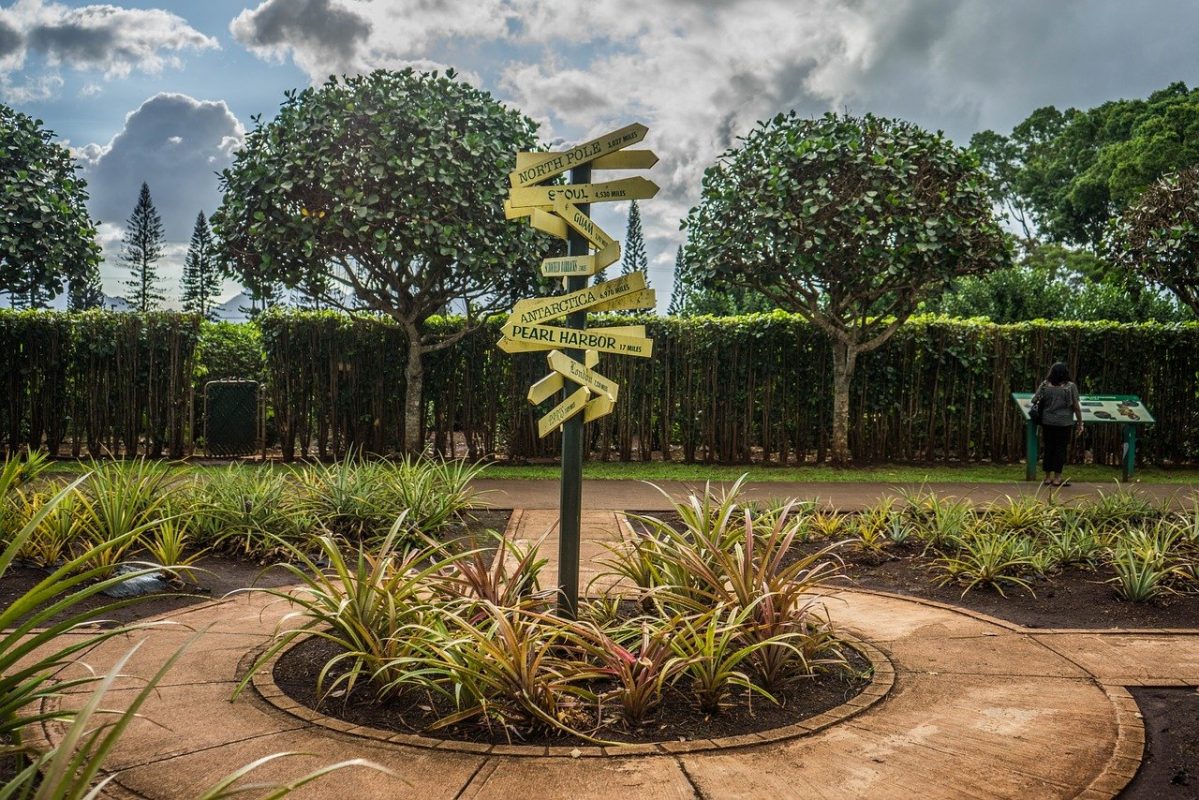 Bitcoin visited $17,600 and rebounded to $18,300 at the time of writing. The altcoin market followed Bitcoin’s price movement over the past few hours. Tezos tested support at $2, and FTX Token saw a decline to $4.08 before bulls pushed the price upward to $4.27. Crypto.com Coin appeared to resume the previous bearish trend that saw it lose nearly 66% of its value since early September. 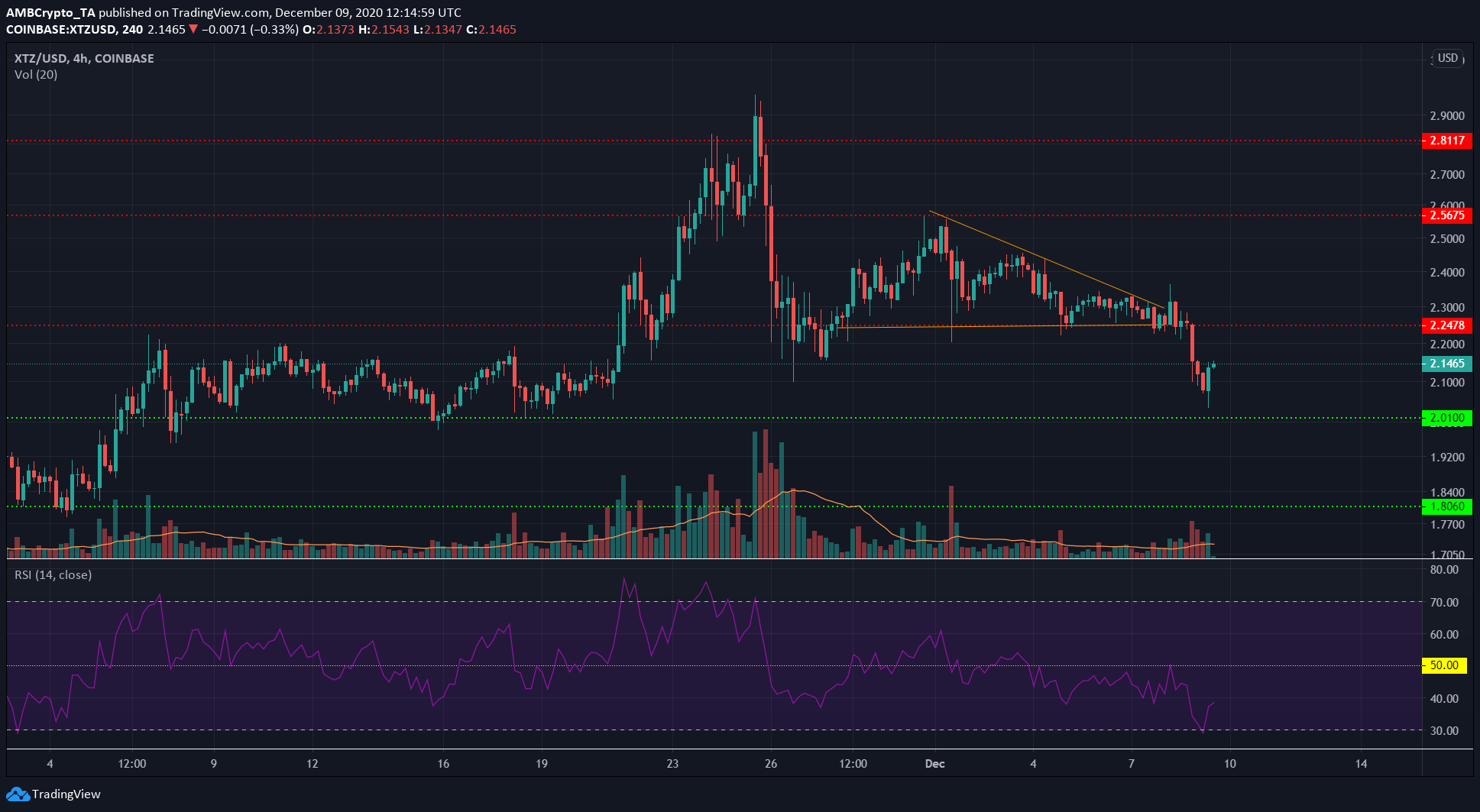 Tezos formed a descending triangle and broke beneath the $2.24 support and saw a candlewick as low as $2.03 in the past few hours. Since then, bulls have beaten bears back a bit and driven the price up to $2.14.

RSI dipped briefly into oversold and reverted upward. It is possible that bulls falter at $2.16, a pocket of liquidity and the market might see a few hours of indecision before another drop toward $2 support for XTZ.

Momentum was still in favor of the bulls, and barring a strong Bitcoin recovery toward $19,000 hours after touching $17,600, XTZ can be expected to see losses. 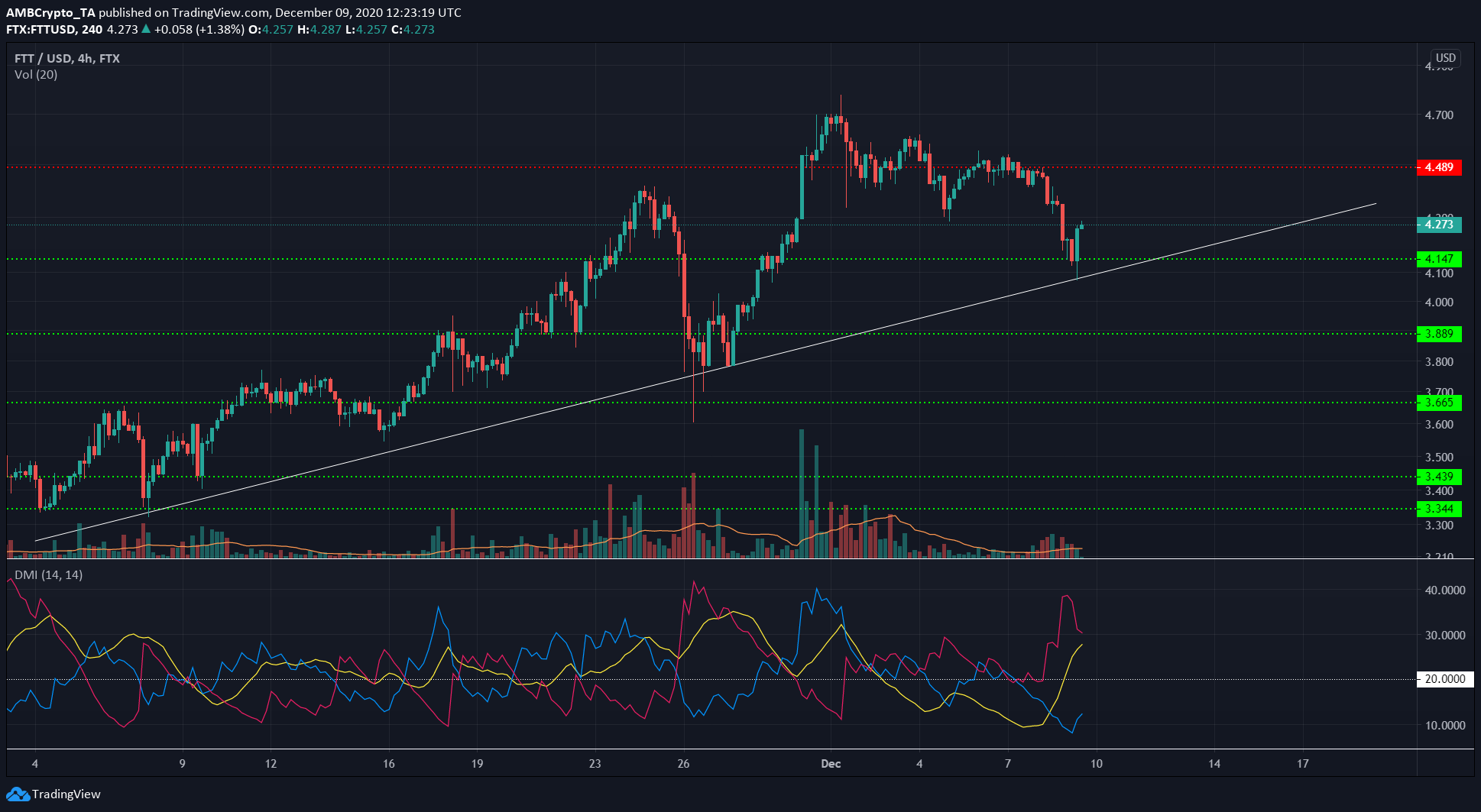 FTT has been in an uptrend since early November, interspersed with pullbacks. The ascending trendline was tested once more. Confluence with the $4.14 level of support gave that region some extra weight, and bulls were able to claw some of the recent losses back.

Yet, Directional Movement Index showed a strong downtrend in progress, as ADX (yellow) climber above the 20 value, with the -DMI (pink) to denote the bearish nature of the trend.

This suggested that FTT might drop toward $4.14 support once again. It remains to be seen if the trendline support is also broken, which would suggest weakening bullishness on a longer-term outlook as well. 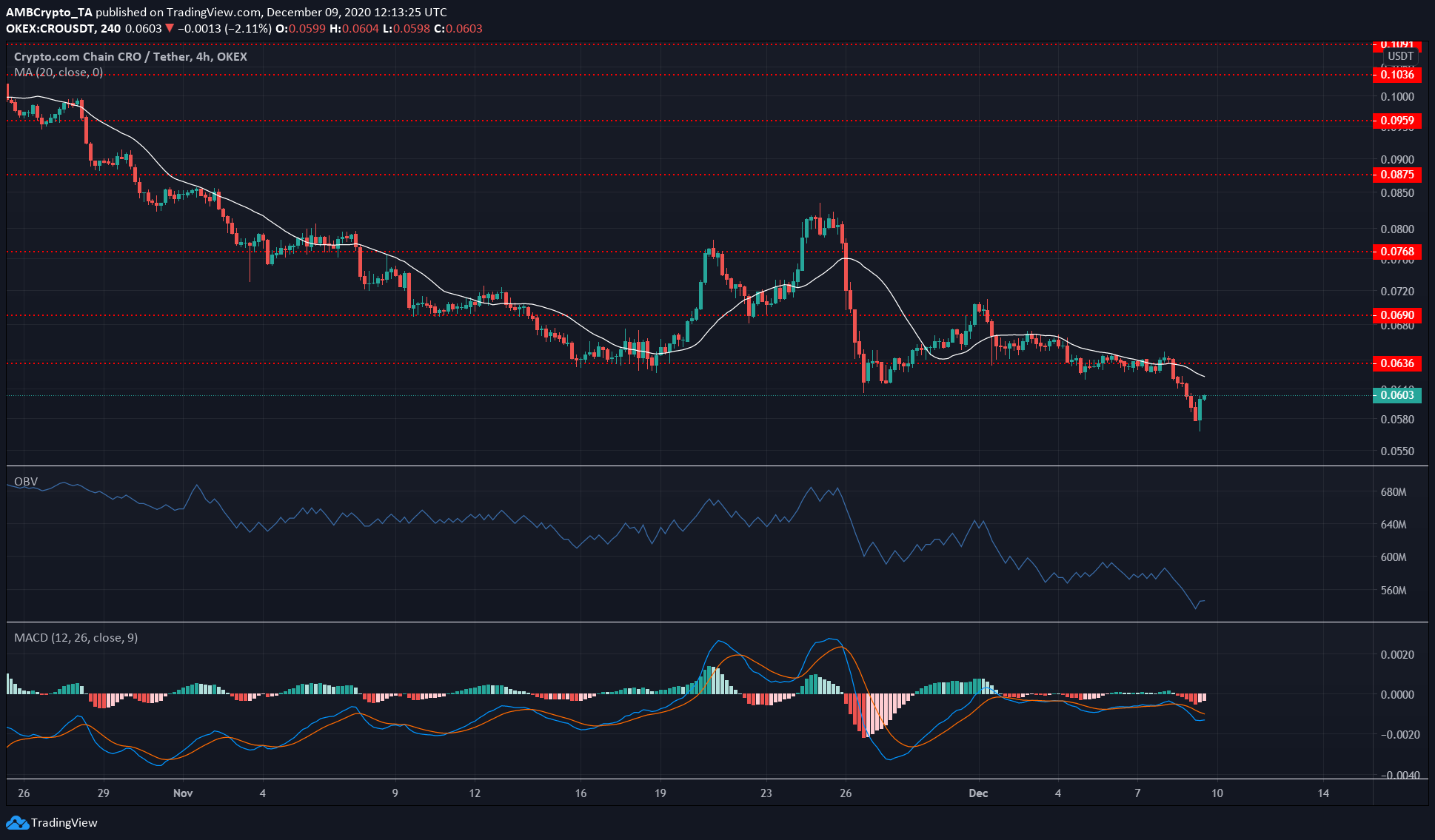 CRO was trading at $0.182 in early September, but since then, it has experienced near-constant selling pressure. This brought the price to $0.062 in mid-November, and bulls mounted a fight to drive the price as high as $0.08, before bears stepped in once more.

The price has consistently faced resistance from its 20 SMA (white), except for the latter half of November when it acted as support.

At the time of writing, it has gone back to acting as resistance, and CRO slipped beneath its previous swing low of $0.061 and went as low as $0.057.

More selling is likely for CRO as MACD formed a bearish crossover under the zero line, and OBV noted a downtrend in buying volume over the past couple of weeks.

With under 2.434 million Bitcoin left to mine, how much should a newbie invest in BTC?

If you sell your Bitcoin right now, chances are, they will end up in this sector’s hands!