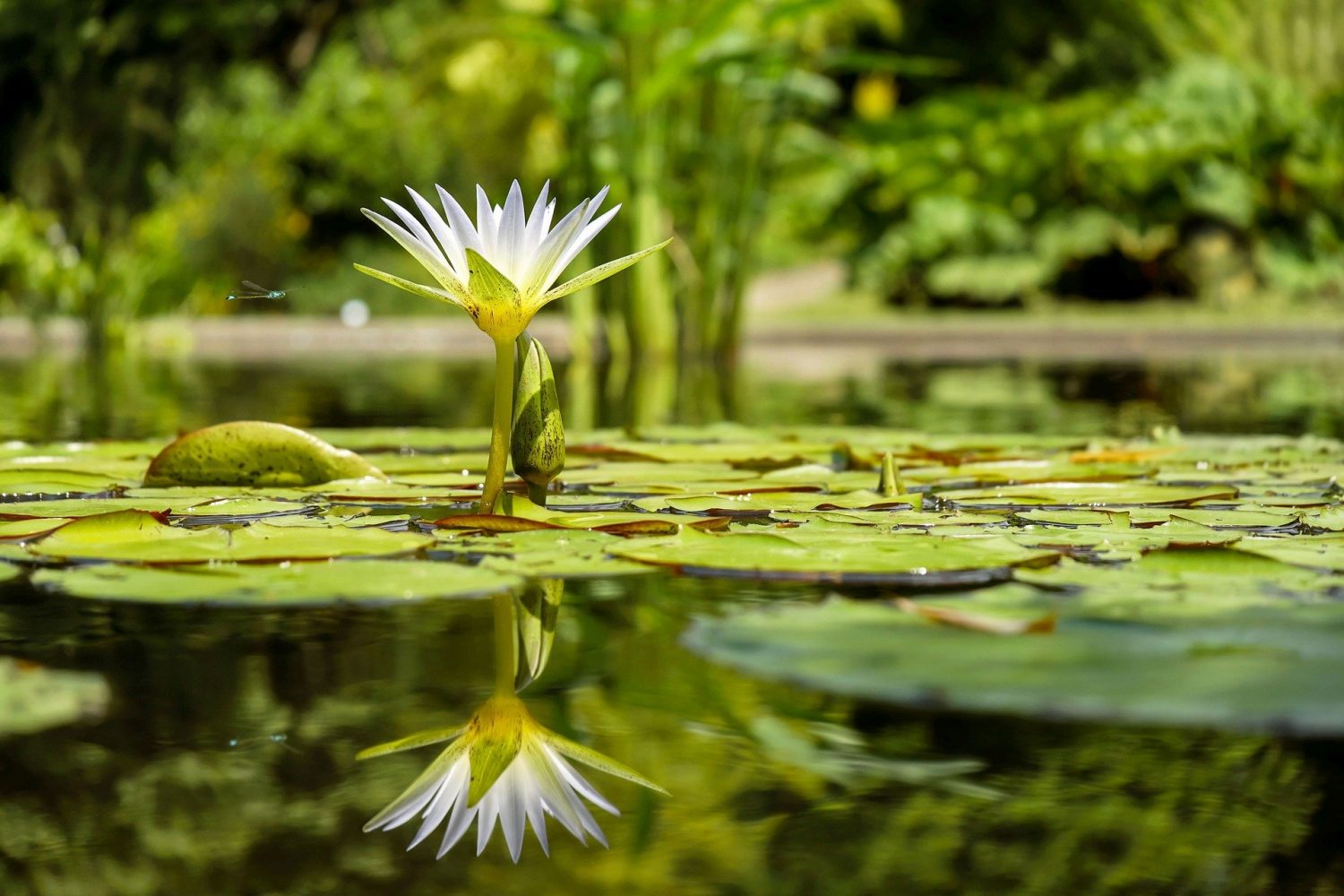 Bitcoin was trading at $11,620, at press time, with the cryptocurrency showing signs reminiscent of the beginning of a bull run like the one in 2017. However, crypto-exchanges continue to perform woefully during times of volatility that are characteristic of the crypto-market. A surging Bitcoin could drag the value of the market’s altcoins too, most of whom have been on an uptrend since Black Thursday in March.

At the time of writing, however, these alts presented contrary signals. While Stellar noted bearishness, Crypto.com looked poised to hit new heights on the charts as Synthetix formed a possible bullish pattern. 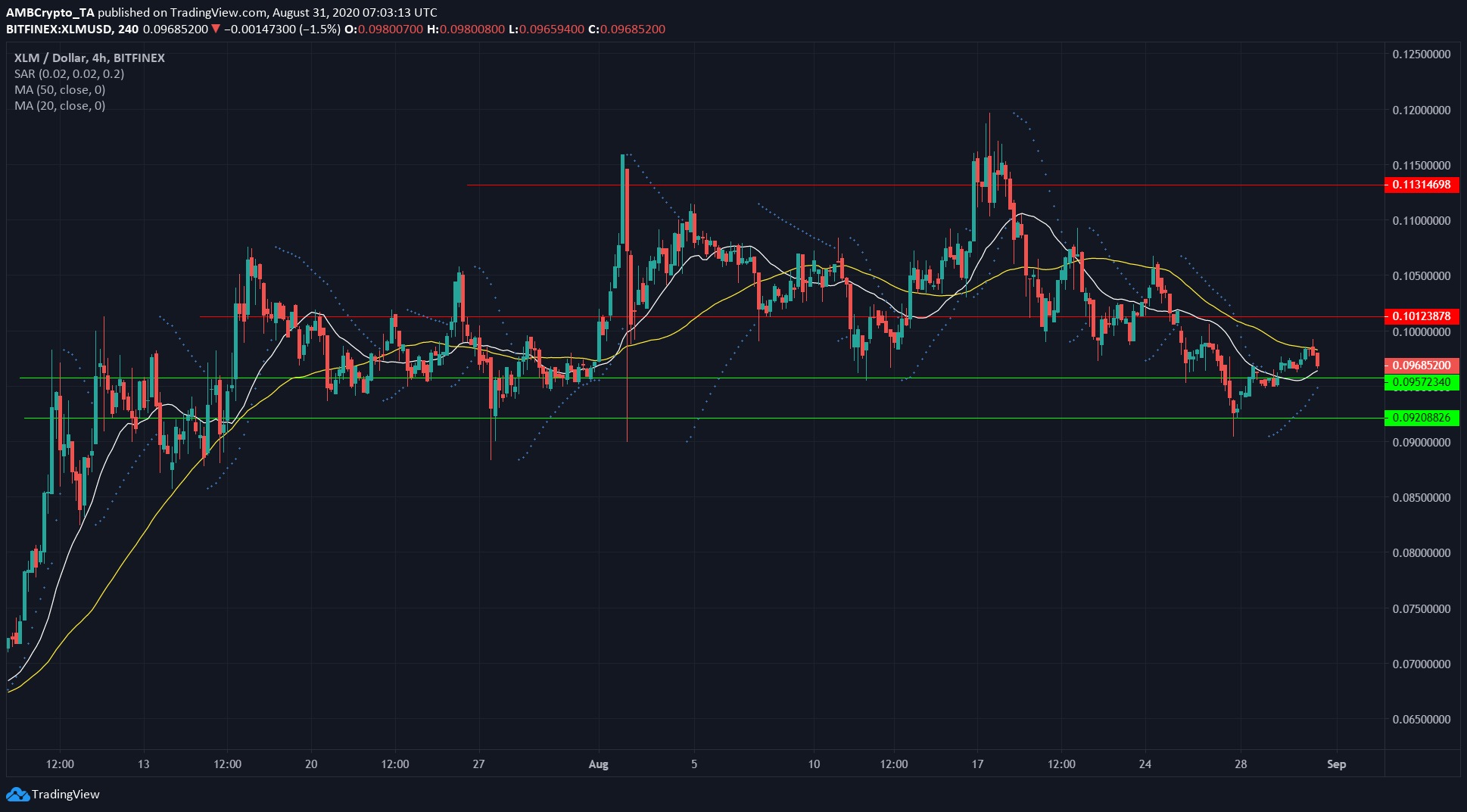 Stellar Lumens was ranked 14th with a market cap of $1.99 billion, at press time. Stellar was recently in the news after it tweeted about the launch of Stellar Community Fund 2.0 with the aim of distributing Lumens to support teams and projects that work to strengthen the ecosystem.

XLM has been in a downtrend for a few weeks now, especially since it touched a local high of $0.119 on the charts. XLM had been making a series of lower highs, but pictured the possibility of rising above its most recent bounce to $0.099. However, XLM failed to do so.

The 20 SMA (white) was below the 50 SMA (yellow), indicative of a short-term bearish trend. Further, the Parabolic SAR also gave a buy signal, but XLM only bounced off its support and had not reversed its downtrend. The simple moving averages can also be expected to serve as resistance levels. 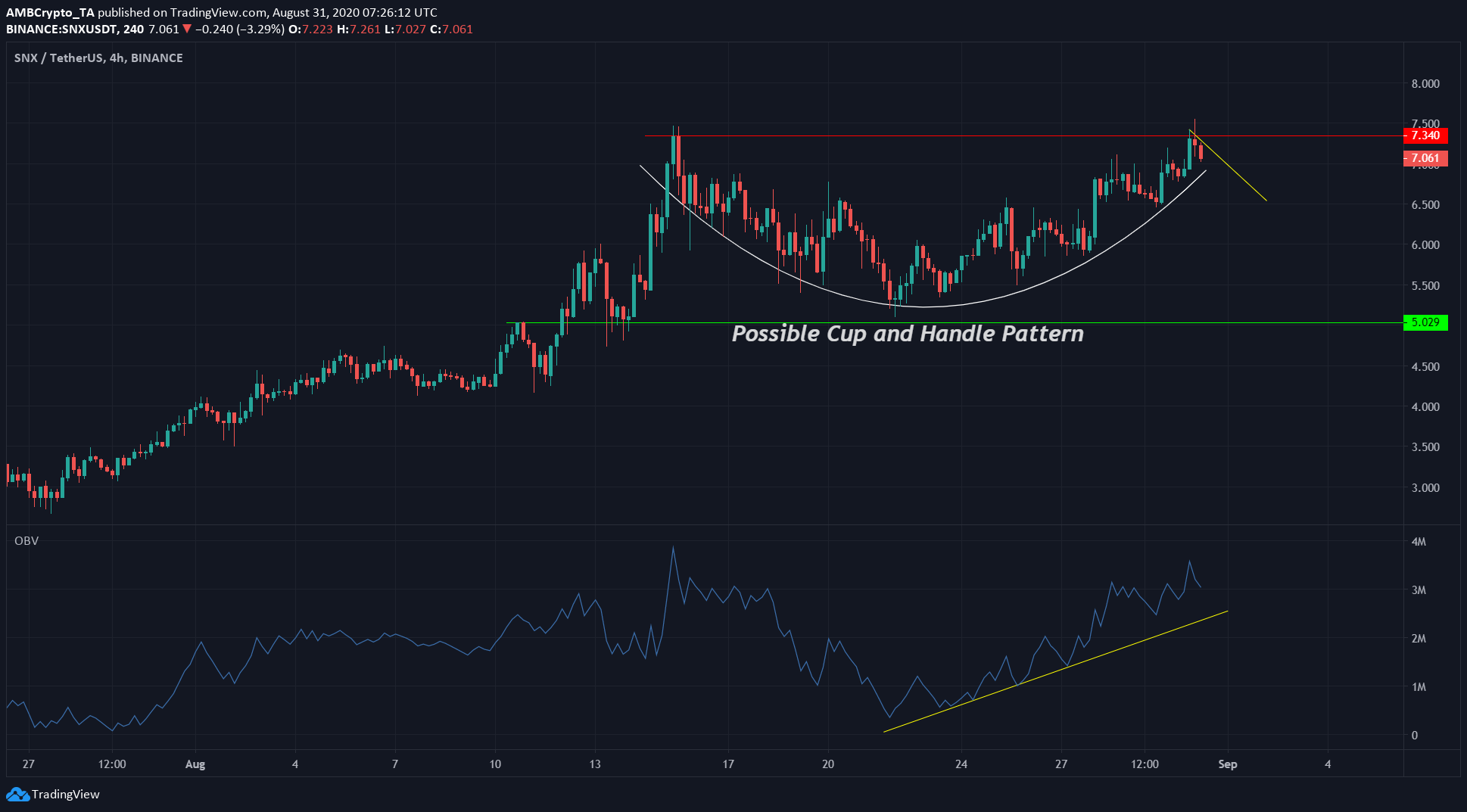 Synthetix was ranked 32nd on the charts with a market cap of $674 million. The fifth-largest DeFi coin, the Synthetix network had a total value locked figure of $878 million.

SNX appeared to have formed a possible cup and handle pattern. However, this pattern had not yet been established, which is why this remained a distinct possibility.

The trendline (yellow) highlighted the possible formation of a handle. Usually, traders buy a breakout of the handle, or above the tip of the cup. The upside target is the depth of the cup, in this case, SNX could target $9.5, if the pattern is validated.

In the short-term, SNX faced resistance at $7.4, with its ATH of $7.45 close by too. Finally, the On Balance Volume indicator showed that the recent uptrend from $5.5 of SNX was backed by buyer interest. 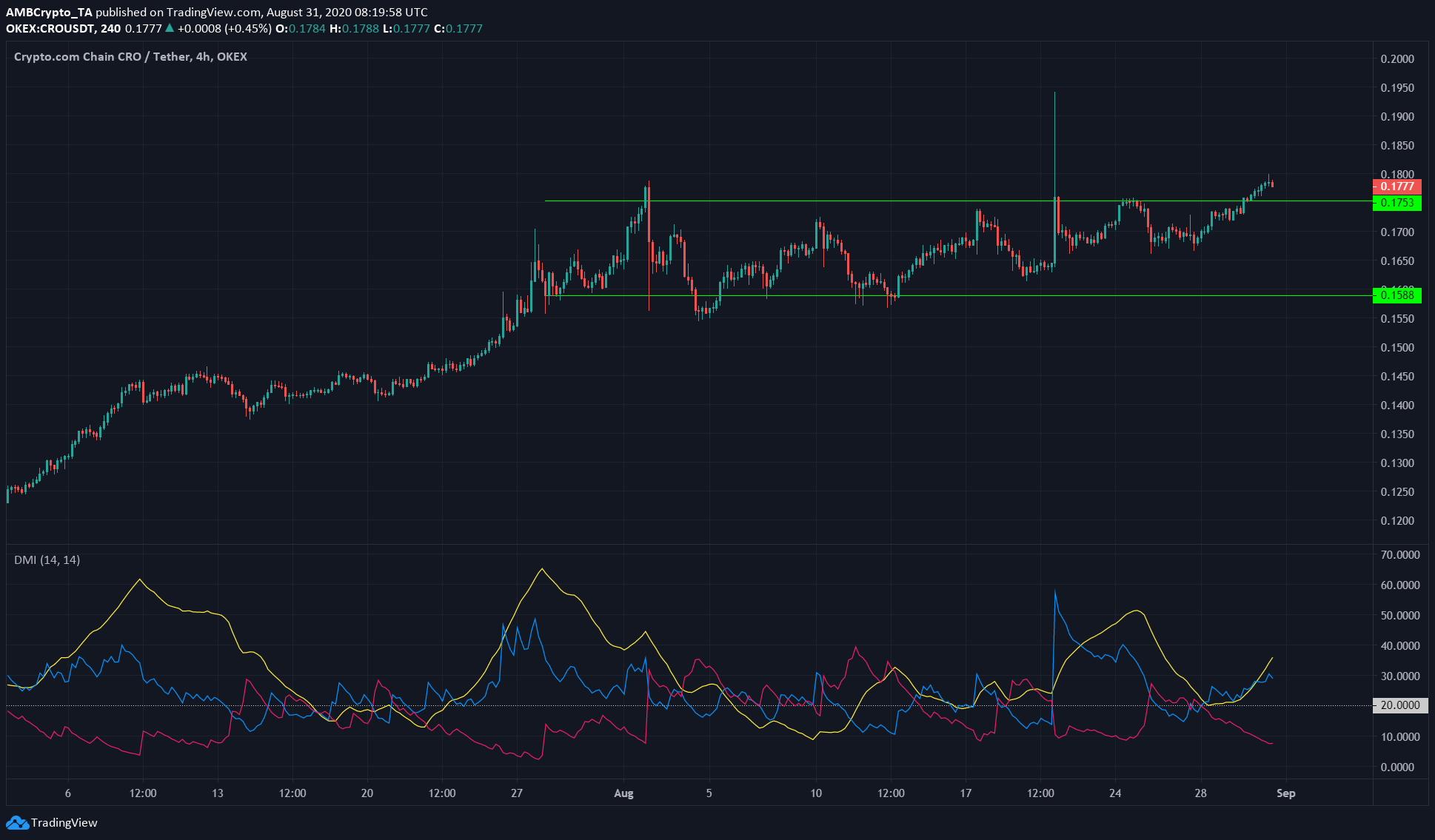 Crypto.com Coin was placed 9th on CoinMarketCap’s charts with a capitalization of $3.5 billion, with the crypto looking set to hold on to a top-10 spot. Recently, Crypto.com announced that its company’s payment solution for online merchants, Crypto.com Pay, would be able to accept CRO payments from any ERC-20 wallet.

CRO had been on an uptrend for months, with short-term bearishness seen during recent pullbacks. At press time, however, the uptrend from $0.16 was on its way, a price around which CRO had oscillated throughout August.

As highlighted by the Directional Movement Index (DMI), the ADX (yellow) was above 20 as was the +DMI (blue), denoting bullish strength.