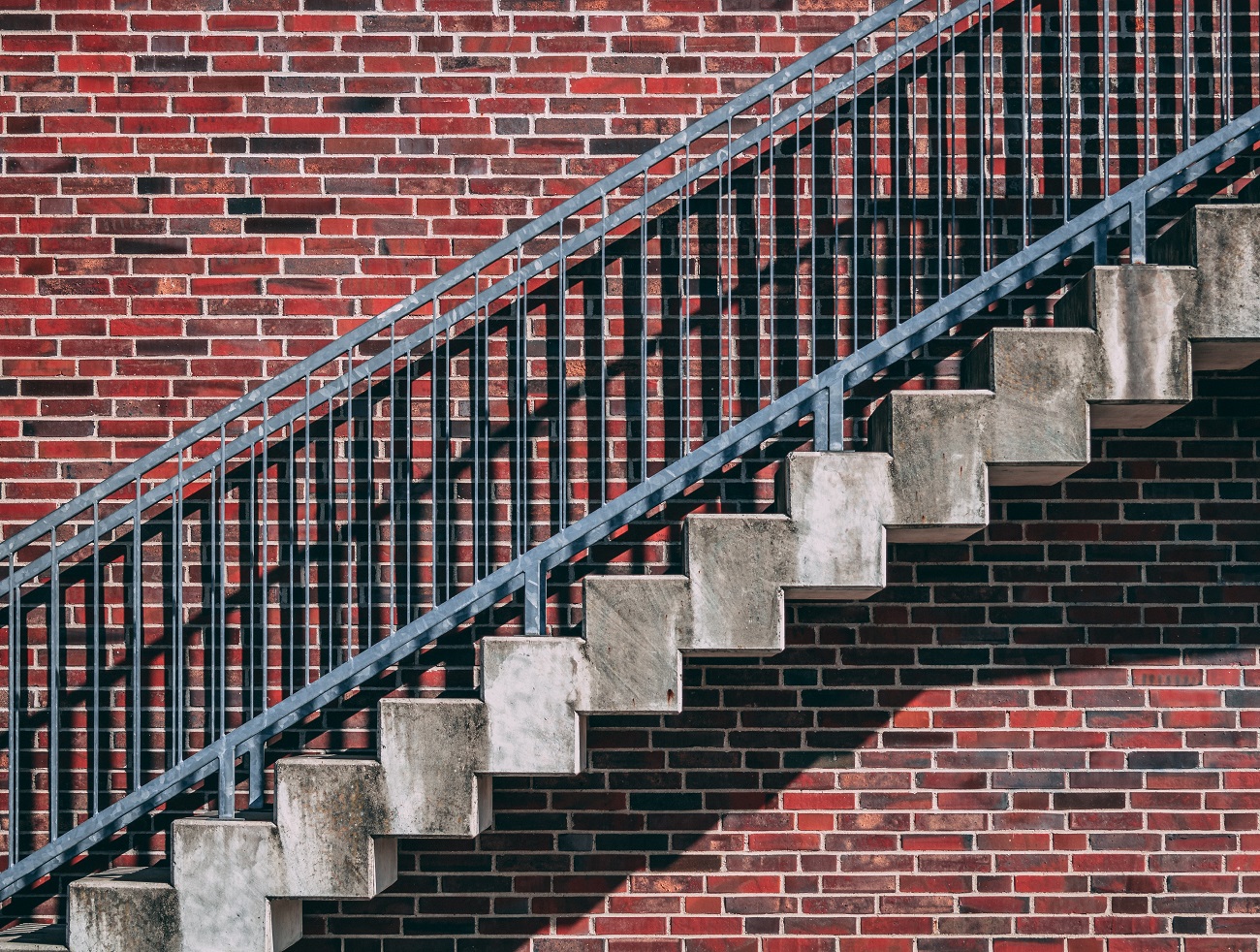 The most-awaited bitcoin bull run seems to be just around the corner. With bitcoin dipping its toes above $12,000 twice in August the excitement for the bull run is palpable. With bull run come the dreams of getting a 10X, 100X, on the investment and even becoming a millionaire.

Unlike in 2017, the state of crypto has improved in almost all aspects. The ecosystem has evolved in some ways, however, a few things like scammers and swindlers still remain. Similar to the last bull run this one might take BTC to a new high, hence, an important question has to be asked,

Are we as an ecosystem ready for the next bull run?

The ecosystem for bitcoin and crypto can be broadly split into 3: blockchain networks, exchanges, and other service providers, and the crypto populace.

Although there are myriad of blockchains and crypto tokens, bitcoin and ethereum are, in a way, representative of them all. Hence, taking a look at these coins’ networks would show if we are actually ready for the next bull run.

An increase in the active address count indicates interested users getting on to the network, ie., buying the crypto. With active addresses reaching the 2017 levels, it is clear that the audience is now more ready than ever with their bags of cryptos.

Although active address count doesn’t really paint the full picture, using it in conjunction with the transaction count provides the necessary explanation. The transaction count for both bitcoin and ethereum has started to surge similar to the price.

As for ethereum, transaction count has increased to 1.2 million, a level last seen in 2017. Moreover, this metric has seen a 102% increase since the start of 2020. Perhaps, the sole reason for this increase could be attributed to defi and its multitude of tokens that are providing users a new way to look at finance.

In addition to these, mempool is another important metric that can be used to measure a blockchain’s readiness for the next bull run. Although there were spikes in mempools in May and July, they immediately reset. Speaking about these surges Sergej Kotliar, the CEO of Bitrefill stated that the next bull run might see a 5X in the number of on-chain transactions but added that it would be,

“…very unlikely something worse than in ’17. Network has scaled significantly in so many ways since then, batching being just one of them.”

For a detailed look into mempool and how it affects the network during a peak surge or crash, refer to this article.

The crypto populace includes the investors, service providers, not to mention, scammers. Bitcoin was not well-known to the traditional world before 2016-17; however, the bull run attracted scammers/hackers, alike a bee to a flower. 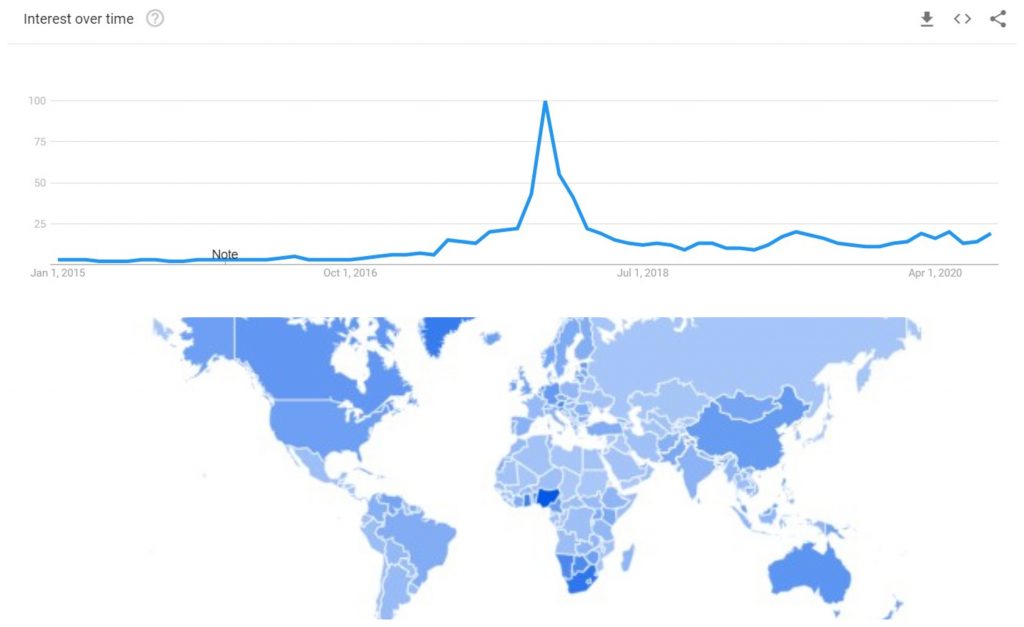 Google trends show that the “bitcoin” keyword is now at levels last seen in late 2016 and early 2017, ie., before the start of the 2017 bull run. Moreover, the word bitcoin is now being searched in almost every country around the world.

The survey also mentioned that,

“Millennials are more likely than older generations to believe cryptocurrencies will become widely accepted as a means of transactions for legal purchases within 10 years.”

With the pandemic in full force and curfews in place, people are left with nothing to do. This has caused a lot of people to start investing and trading cryptocurrencies and penny stocks. This liking towards day trading and buying beaten-down stocks as companies file for bankruptcy has somewhat caught the attention of the public. Additionally, the craze has also caused a teen to commit suicide after the app showed his balance as negative $730,000.

Perhaps, the latest incident where a Tik Tok video asking people to buy Dogecoin and pump the coin to $1 going viral shows that cryptocurrency is widely known. While the trend allowed the price of Dogecoin to pump by 151%, it eventually collapsed. This goes to show that more and more young people, particularly, millennials and GenZ are interested in investing.

Unlike 2017, ICOs are not the fad but defi is. Defi has become widely popular in recent times especially with the yield farming. A multitude of governance tokens launched by existing platforms that allow users to earn interest on their borrowed/lent crypto has caused the total value locked in defi to skyrocket to ~$5 billion, a 7 fold increase since 2020.

So it is with utmost certainty that cryptocurrency is not a new thing to most people, hence, if a new bull run does begin soon, then people would be educated enough to buy crypto and profit from the rally.

However, with FOMO come the dark side of the crypto populace – the scammers, swindlers, and hackers.

These are a group of people that not only solicit the wrong idea about cryptocurrencies but also siphon money from the new entrants. The recent Twitter hack is the best example, where a 17-y.o. from Florida was the mastermind behind the hack that caused Twitter accounts of Elon Musk, Jeff Bezos, etc to tweet about bitcoin. Defi platforms and projects are new and have a lot of room to grow; this can be seen as many platforms have lost funds due to faulty codes.

This bull run, albeit different from 2017, will have many similarities to it especially when it comes to scammers, hackers.

Are Chain-LINK marines betting on a big move?

Bitcoin hasn’t changed much but has changed enough!