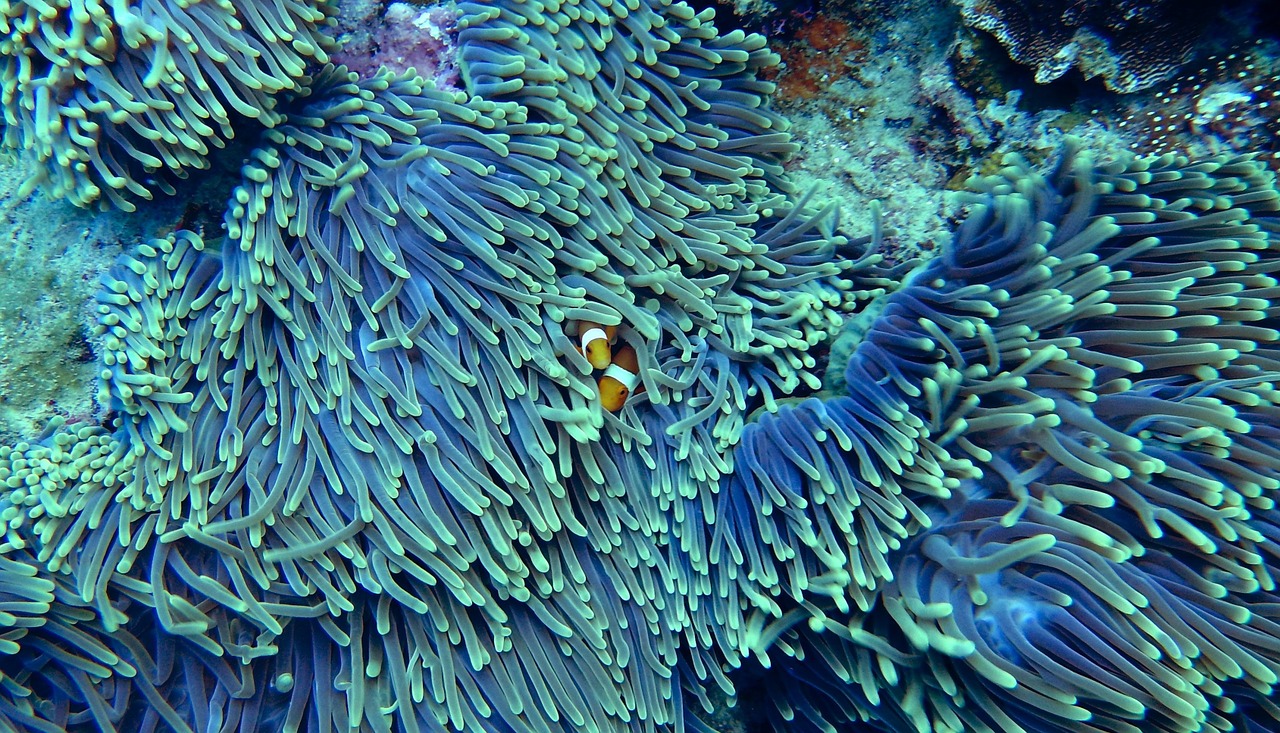 Bitcoin as an asset performed well under unforeseen market conditions. Most cryptos followed Bitcoin’s trend but not at the same pace. Bitcoin Cash spent months dithering before surging in late July to make up for its losses in March. VeChain, last month, saw wild returns before settling down to gather steam. Crypto.com had been marching to new highs and looked to have been temporarily stalled. 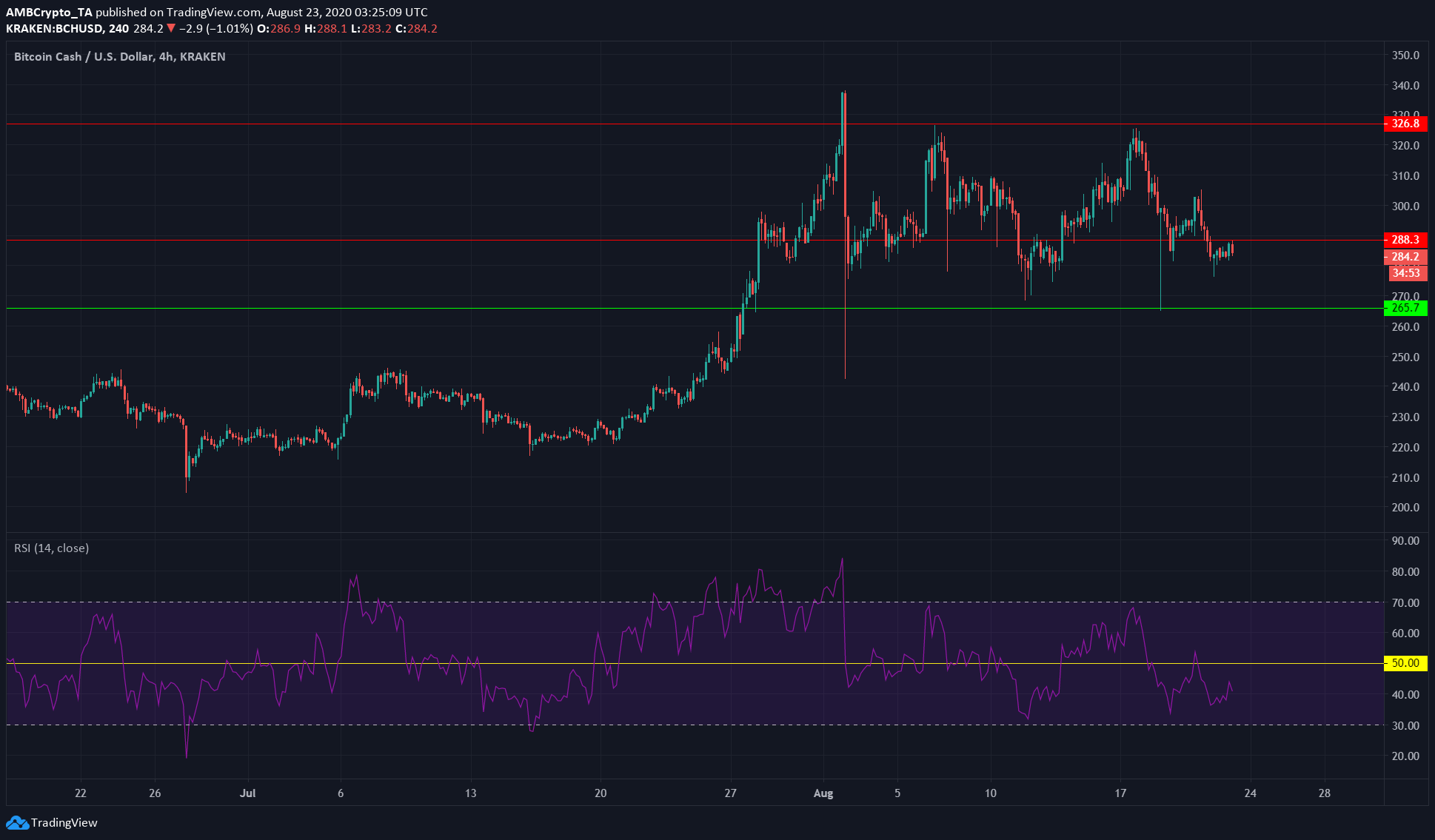 Bitcoin Cash was ranked 6, and remained the largest Bitcoin fork, with a marketcap of $5.24 billion. Priced at $284.2 at press time, BCH was trading near resistance at $288. It had reached a local high of $326 and faced rejection at resistance.

At press time, RSI value showed 41, indicated bearishness. RSI failure to break above neutral 50 showed further downtrend is in store for the coin.

Greyscale’s Bitcoin Cash Trust [BCHG] has gone public but recently showed that premium on Bitcoin Cash was falling, indicating a lack of demand. 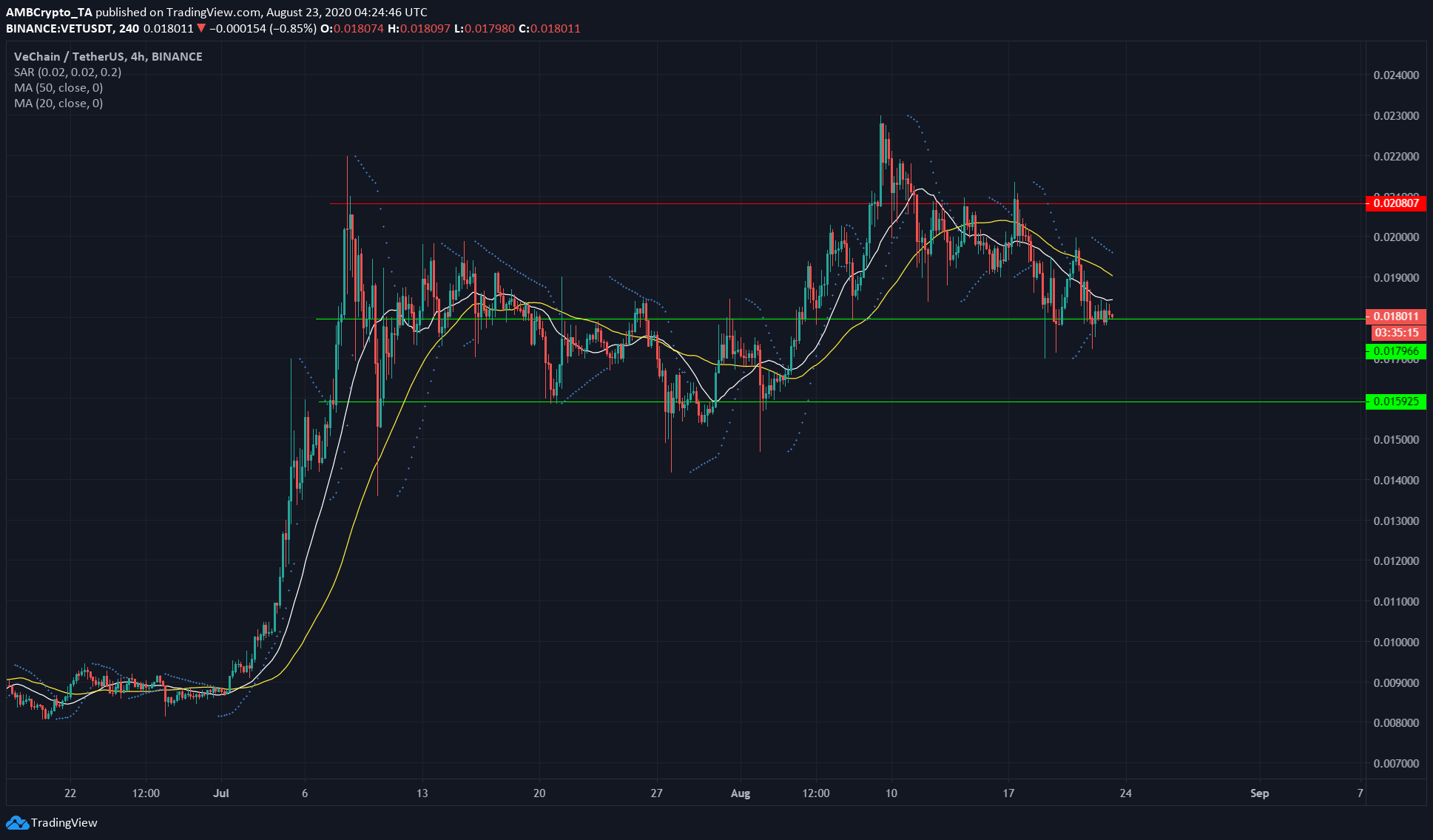 VET formed lower highs and lower lows and looked to continue its downtrend in the short-term. 20 SMA (white) had crossed beneath 50 SMA (yellow) indicating short-term bearishness, and Parabolic SAR gave a sell signal.

The next level of support lies at $0.0159 if current support is broken.

Recently, VeChain partnered with Travala.com to offer VET as a payment option to hotels worldwide. 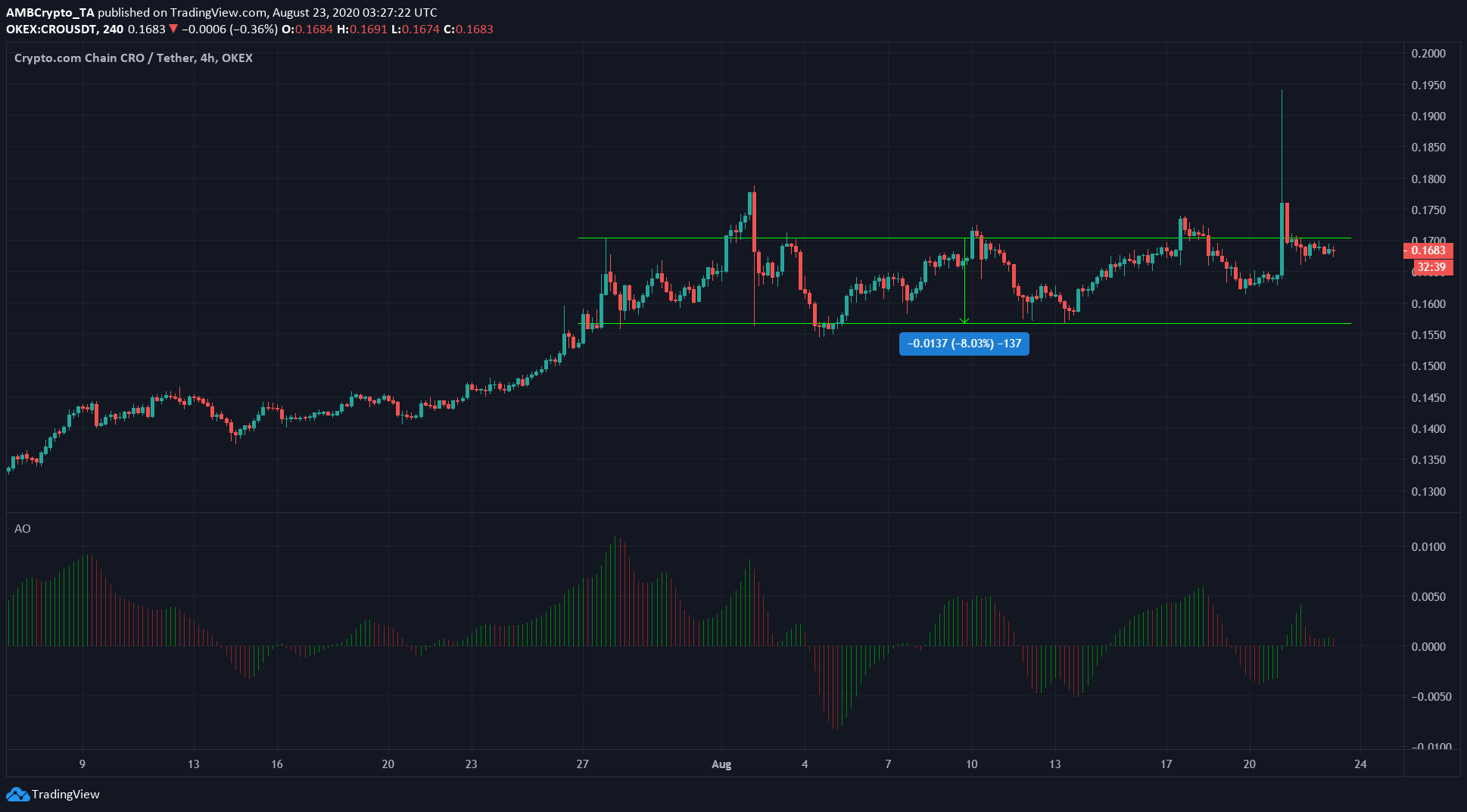 CRO has been caught in a range between $0.157 and $0.17 since the end of July. It showed no real momentum going into the weekend, either upward or downward.

Awesome Oscillator showed weak bullish momentum but it could swing quickly given its weakness.

CRO has trended strongly upward over the recent months, so this consolidation phase likely points toward eventual bullish movement.

Crypto.com token held rank 10 with a marketcap of $3.19 billion.

‘I do think that Ethereum is unforkable now’