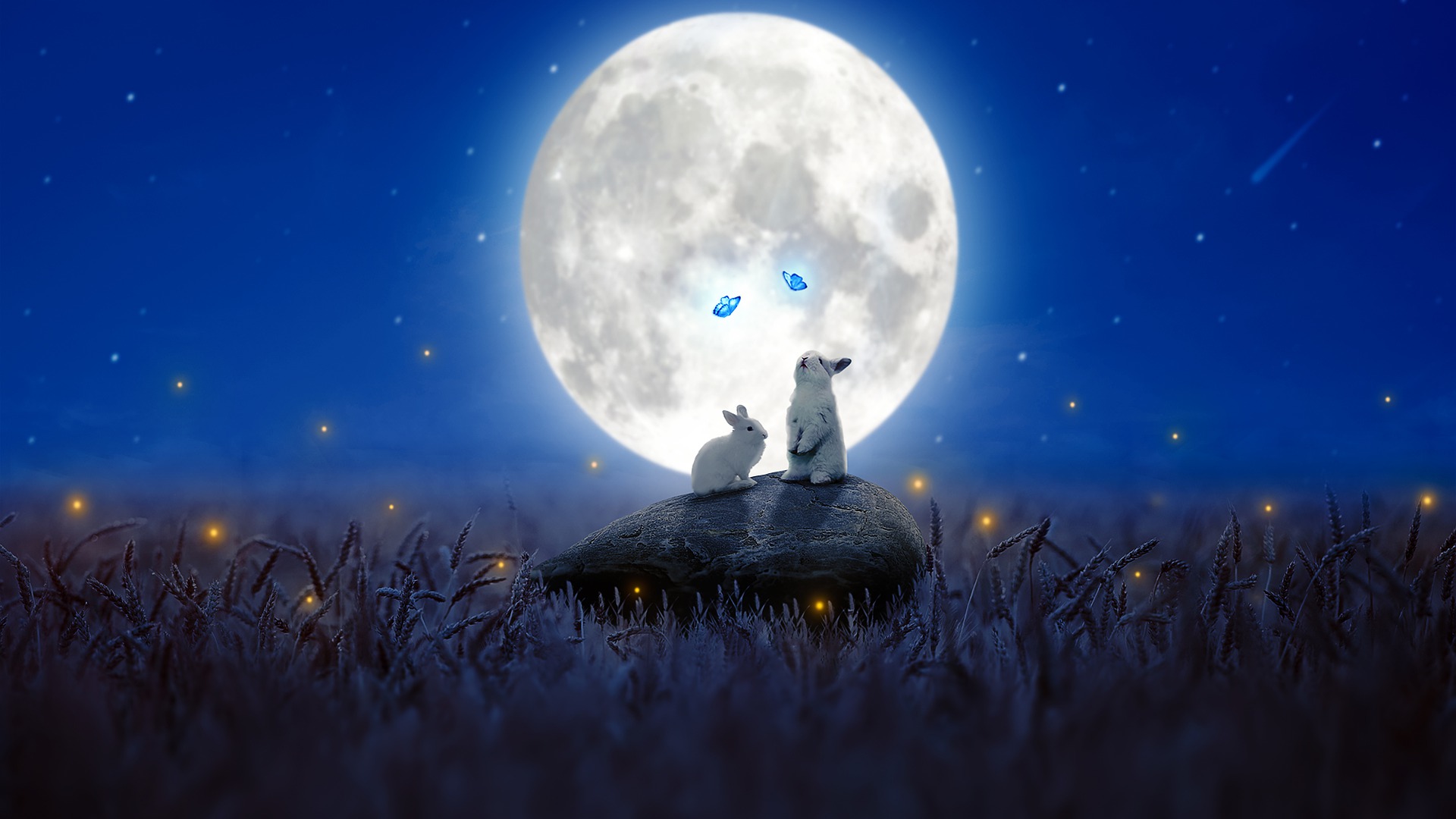 The overall investor confidence could propel Stellar and BAT to breach stiff resistance facing them. EOS saw strong gains in the past week and is ready to target the next resistance. 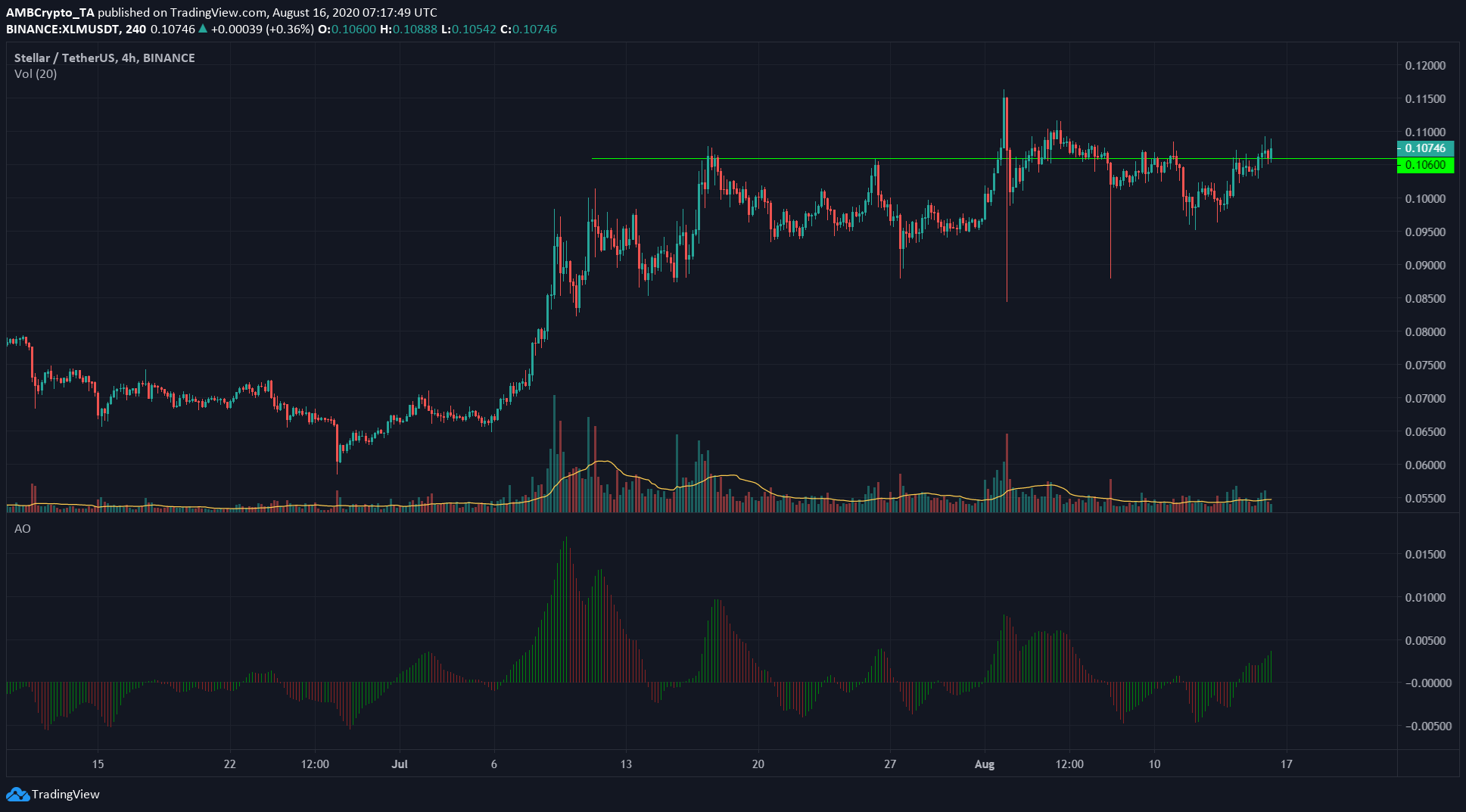 XLM was trading on average volume this weekend. Awesome Oscillator signaled a shift in momentum in favor of the buying side and XLM could witness a rise in price. 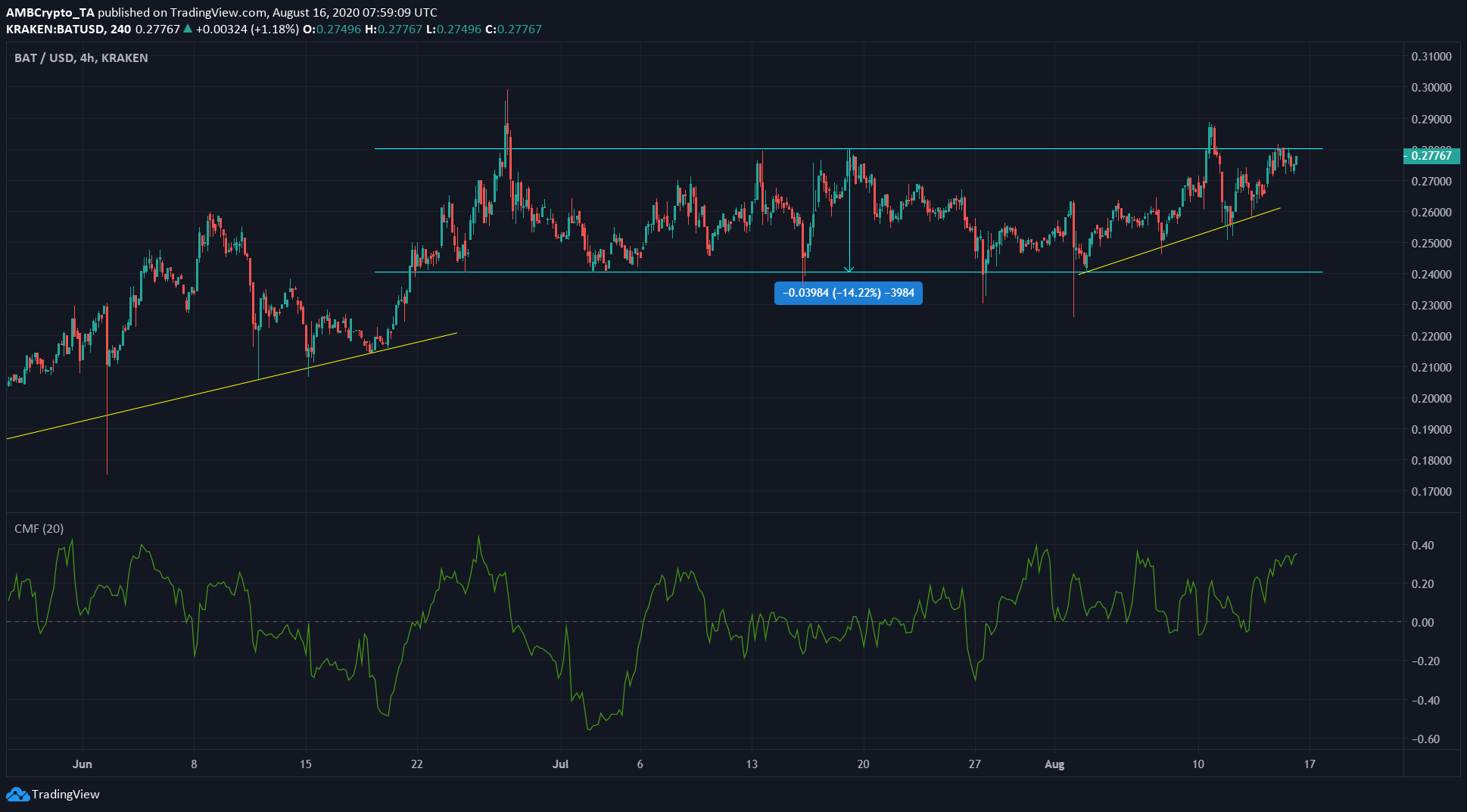 Ranked 39 on CoinMarketCap with a capitalization of $414 million, BAT was a bit slow on the news side this weekend.

BAT price faced stiff resistance at $0.28 near the end of June. Since then, BAT settled into a range between $0.24 and $0.28. The price of BAT throughout August has been in a positive; it tested the range top again, before being rejected.

BAT showed a miniature uptrend within the range. CMF indicated money flow into the market, with a positive value of 0.4. If the range top of $0.28, which is also a longer-term resistance, is successfully breached, BAT can target the next resistance of $0.32.

If resistance is not flipped, BAT can expect to test range lows near $0.24. 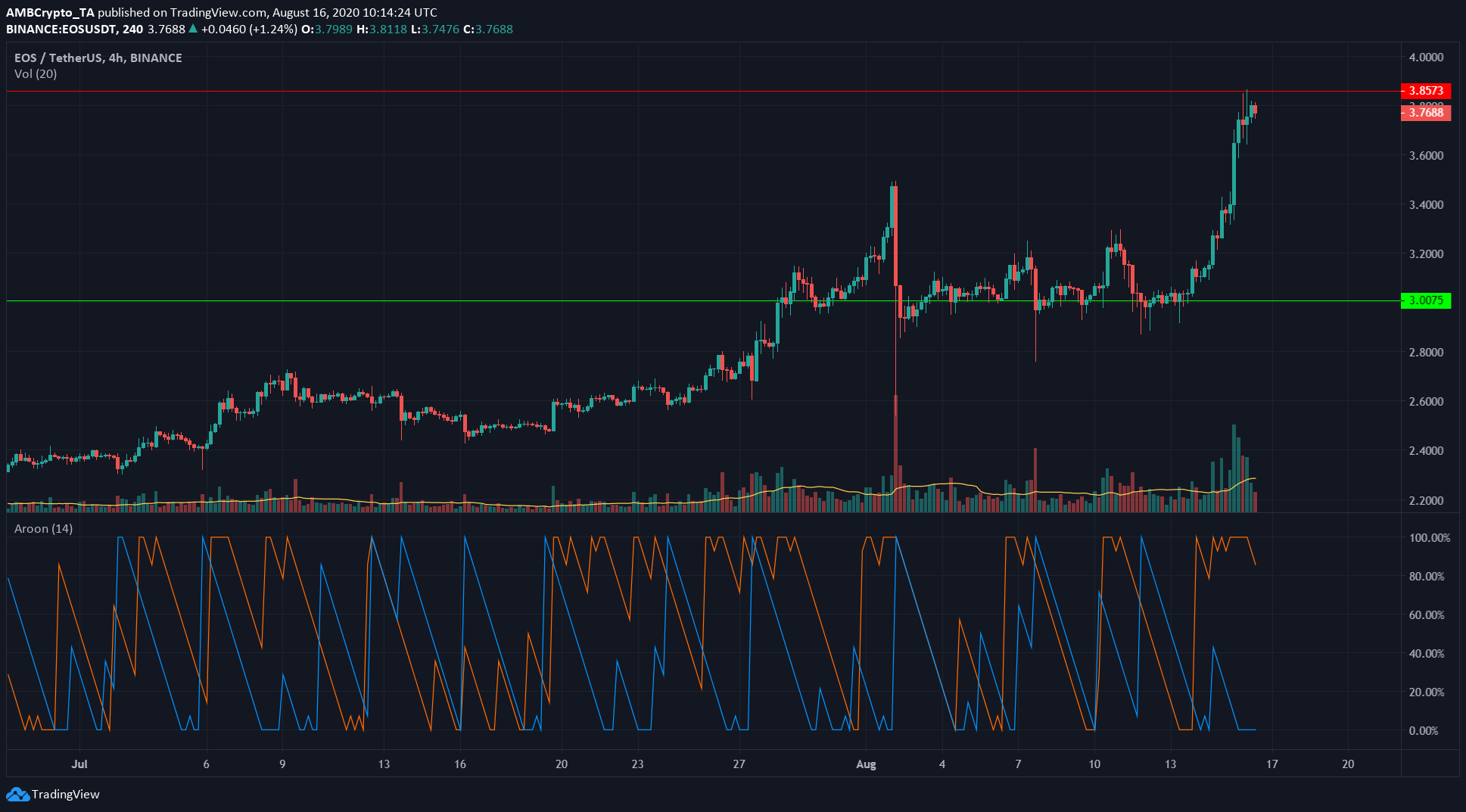 EOS saw a strong upward price movement in the past week to reclaim its spot as the tenth-largest cryptocurrency, with a market cap of  $3.5 billion.

Aroon indicator’s Up (orange) showed that the highs were made by EOS very recently. This combined with above-average volume was evidence of the strength of price rise. EOS was nearing resistance at $3.85. A pullback at the resistance is possible. The next long-term resistance is in the $4.4 region.

In the less likely event that the market reverses in the coming days or weeks without breaching resistance, the next major support is at $3.