Staking services for digital currencies are a tool for new and upcoming digital tokens, a tool through which they garner some interest and userbase by incentivizing the latter for holding their funds. Staking was first introduced on the Peercoin network as a feature for a hybrid of Proof-of-stake and Proof-of-work based networks, but the feature later transpired for only Proof-of-stake based networks.

A recent report by Binance highlighted how staking as a service has evolved from a promotional gimmick in its early days to a consensus defining parameter. The report highlighted that the staking services on the top 10 chains accounted for a $25.8 billion in market cap. 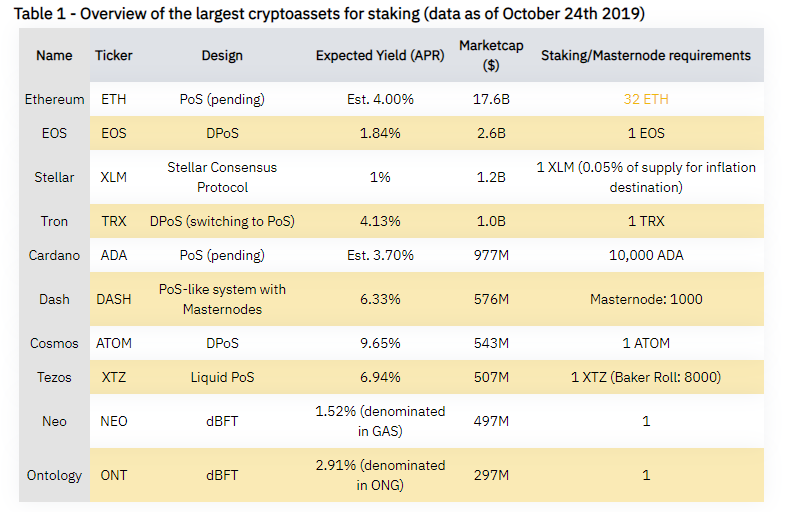 The report categorized stackable coins into 5 core groups based on the on-chain consensus which included,

Ethereum’s switch to Proof-of-Stake would only make the staking services more popular and increase the market capitalization by many folds, the report added.

How is staking rewards different from block rewards?

Block rewards are awarded as per the participating miner’s contribution of hash power in mining the block, but the staking rewards have a completely different rewarding structure which varies from network to network and comes in different reward caps and lock-up periods.

Staking services aid the governance process and make it more transparent and allow equal opportunity to participants for staking their claims in becoming the next validator for the block.

Related Topics:DPoSposstaking services
Up Next