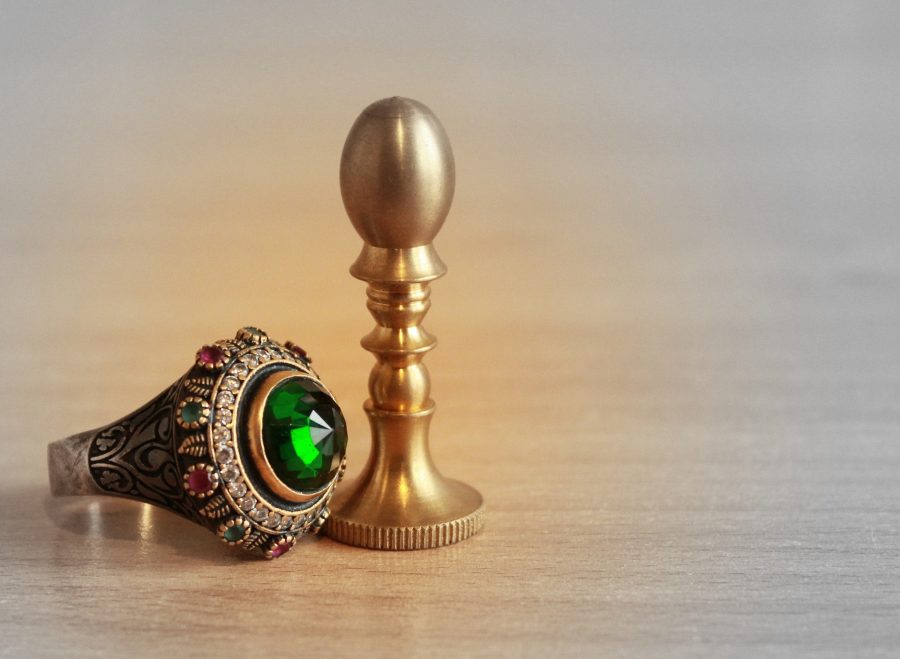 The Futures market of crypto-assets has been on a rollercoaster ride in 2019.

After a tremendous price rally during the April-June period, the Futures market exploded in terms of trading volume in July. BitMEX registered daily aggregated volumes of over $5 billion in July. Binance Futures platform was also launched in early September, and the highly anticipated Bakkt Futures went live on 23 September

However, Bitcoin‘s falling valuation since June had a significant affect on the Futures trading volume across the aforementioned institutions, with Bakkt especially off to a lukewarm start.

Just as investors’ interest was veering slightly away from the Futures market, 25 October recorded the resurrection of Bitcoin, as a 35 percent pump led the largest crypto-asset in the world to regain its previous 32-day losses.

The sentiment carried forward to the Futures market as well. 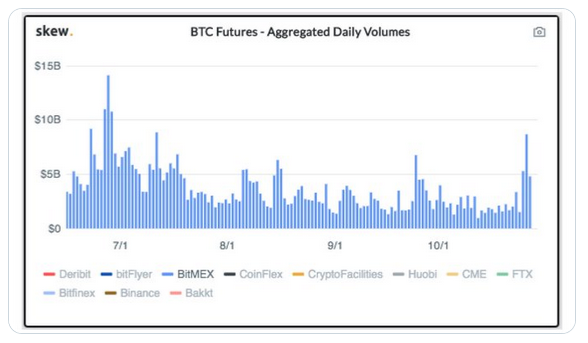 According to a Skew Markets report, BitMEX registered aggregated daily volumes of over $8.5 billion on BTC futures, a figure which was its highest since meeting the same numbers back in July. Binance echoed the same surge in volume, recording over $2 billion trading volume on its platform. 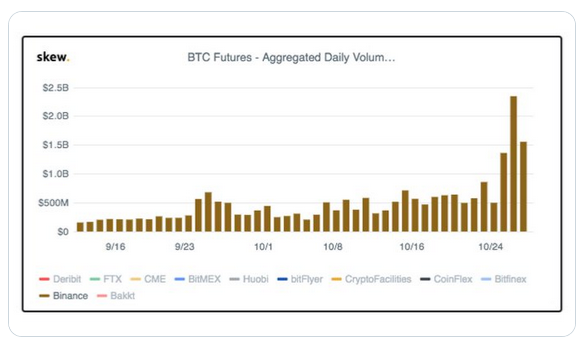 There is a recurring pattern here.

Although it is usually assumed that the launch of Bitcoin Futures on any institutional platform can lead to a BTC bull run, Bakkt’s launch did not have the same impact. Neither did Binance.

During the consolidation phase after Bitcoin peaked at $13,800, the repercussions of a slow market were observed on BitMEX, when the daily volume dipped below $1 billion last month.

Ethereum had a significantly better month in early September, but the collective fall on 24 September hit its Futures perpetual trading volume as well.

It can be speculated that Futures trading can hardly be credited for a collective bull run, as it is the other way around. Before the recent rise on 25 October, Bakkt finally registered a healthy volume of $4.8 million on 23 October, which was later beaten again on 25 October when a high of $10.3 million was recorded.