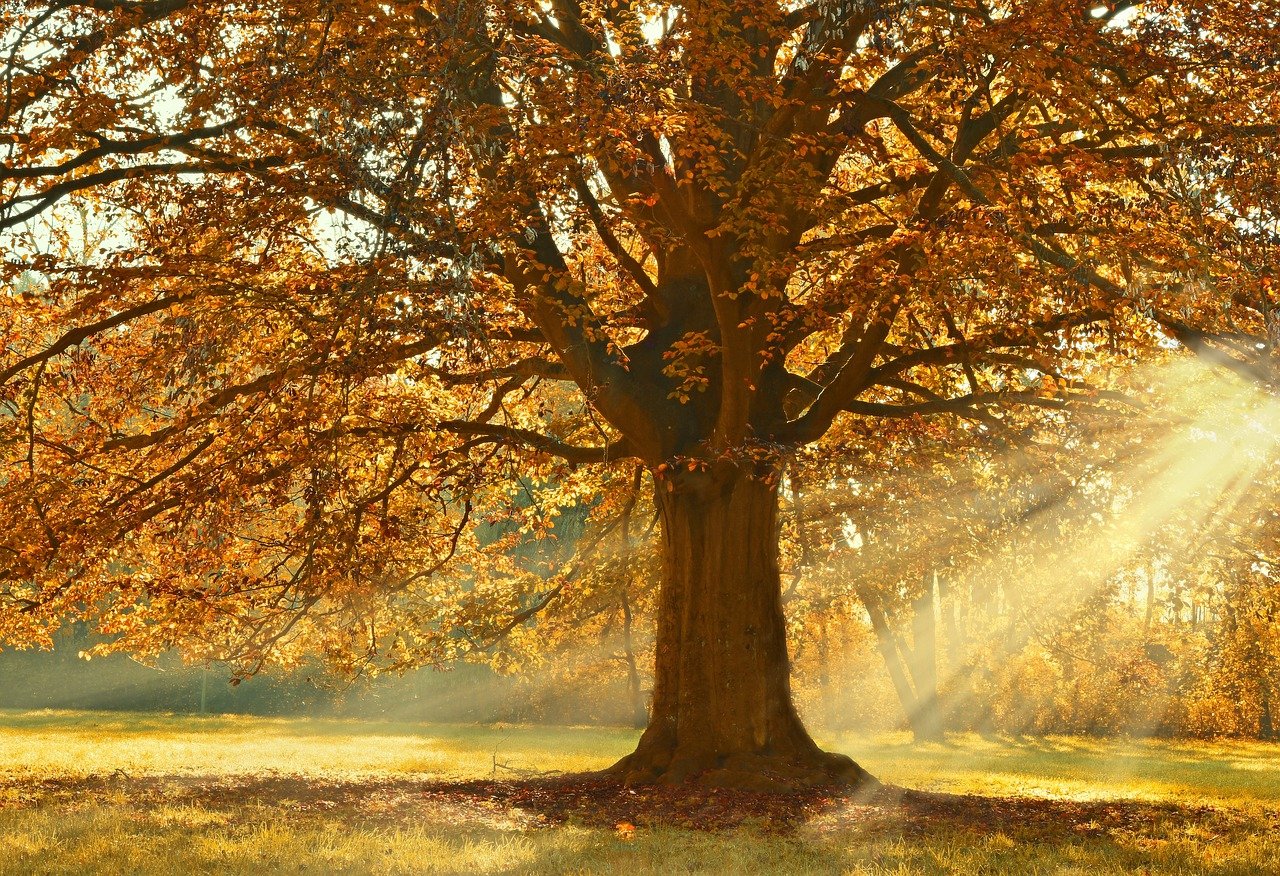 At the time of writing, Monero had recorded gains of just over a percent, in the last 24 hours. However, the digital asset, over the next few trading sessions, could be expected to rise towards a crucial pivot level, ensuring a bullish rally.

STEEM, on the other hand, maintained a neutral outlook as consolidation possibilities became clearer from its technical indicators. For DASH, a rise above its present resistance level and reinvigorated buying pressure seemed likely. 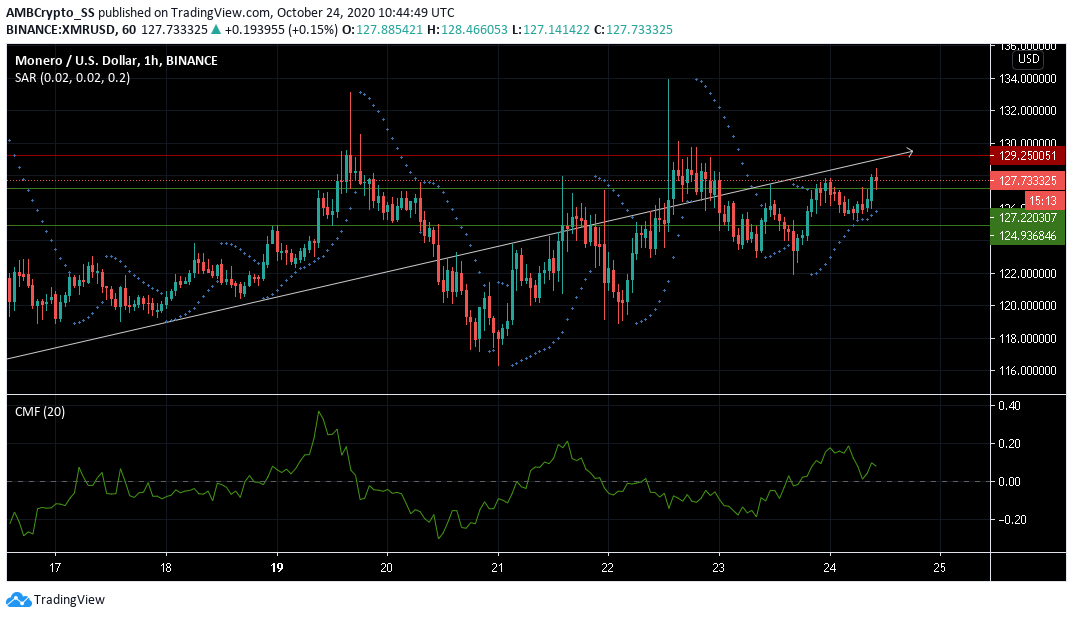 Monero was maintaining an uptrend on the charts, rising above two of its resistance turned support levels in the last 24 hours.

The Parabolic SAR was below the price candles, signaling that the digital asset was heading towards an extended uptrend. XMR, however, faced stiff resistance from its trendline and the $129.25-resistance level.

The Chaikin Money Flow indicator (CMF) was rising above zero and confirmed an inflow of capital into the XMR market – A signal of buying sentiment in the short-term.

The buy liquidities thus generated could further support a price hike above the $128-pivot level in the coming days. 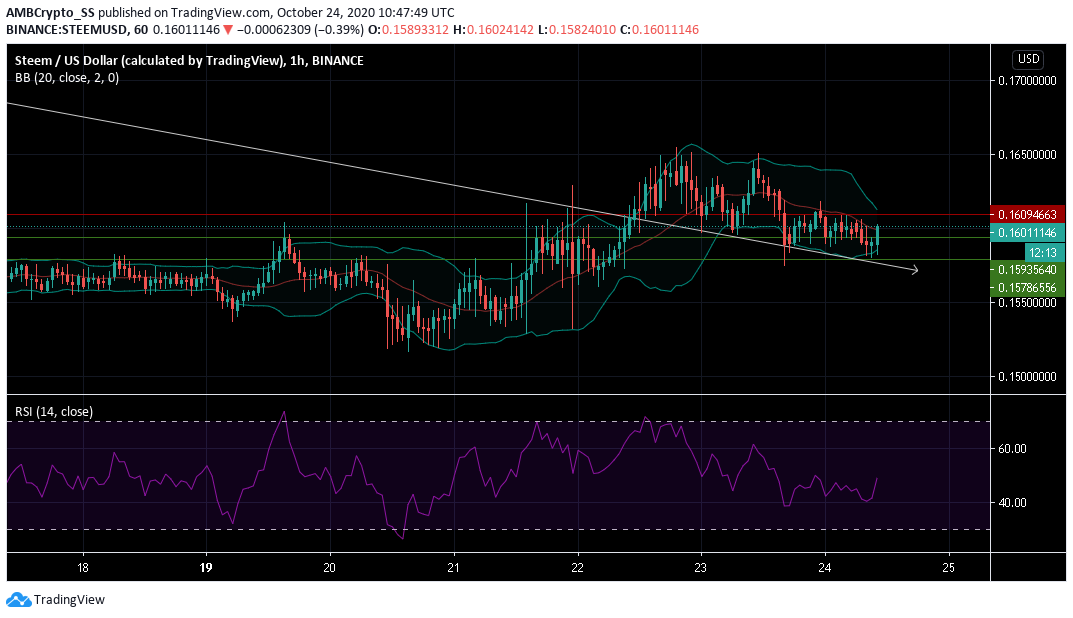 The LTP for STEEM, at press time, was $0.16. The digital asset was on a downtrend and oscillated between its immediate support and resistance levels.

The Relative Strength Index (RSI) continued to make lower lows in the last 24 hours, but at press time, rose above 40, a sign of weakening selling pressure.

Drawing inferences from another technical indicator, the convergence of the Bollinger Bands pointed to a fall in volatility.

Taking the signs of the Bollinger Bands and the RSI together, it is clear that selling pressure has stalled. STEEM’s price levels might note more stabilization above its existing support level over the next few days. 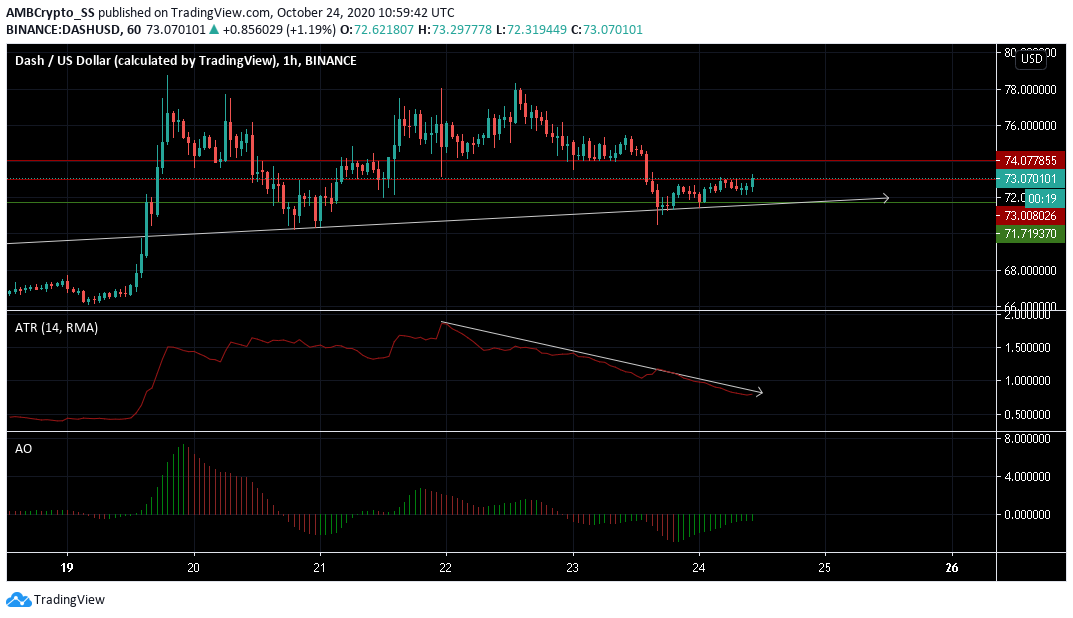 Price levels in the DASH market were marked by low levels of market volatility, as per the indications from the Average True Range. Despite this, a pullback was witnessed above the trendline and the immediate support at $71.71 over the past 24 hours.

The uptick coincided with a positive trend reversal emerging from the Awesome oscillator as the green closing bars could soon imply bullishness in the short- term period.

Having said this, existing volatility levels were still not strong enough to push the price into a bullish zone. However, a breach above the immediate resistance level could be seen within the next 24 hours.

Three main reasons why Ethereum will sustain this uptrend