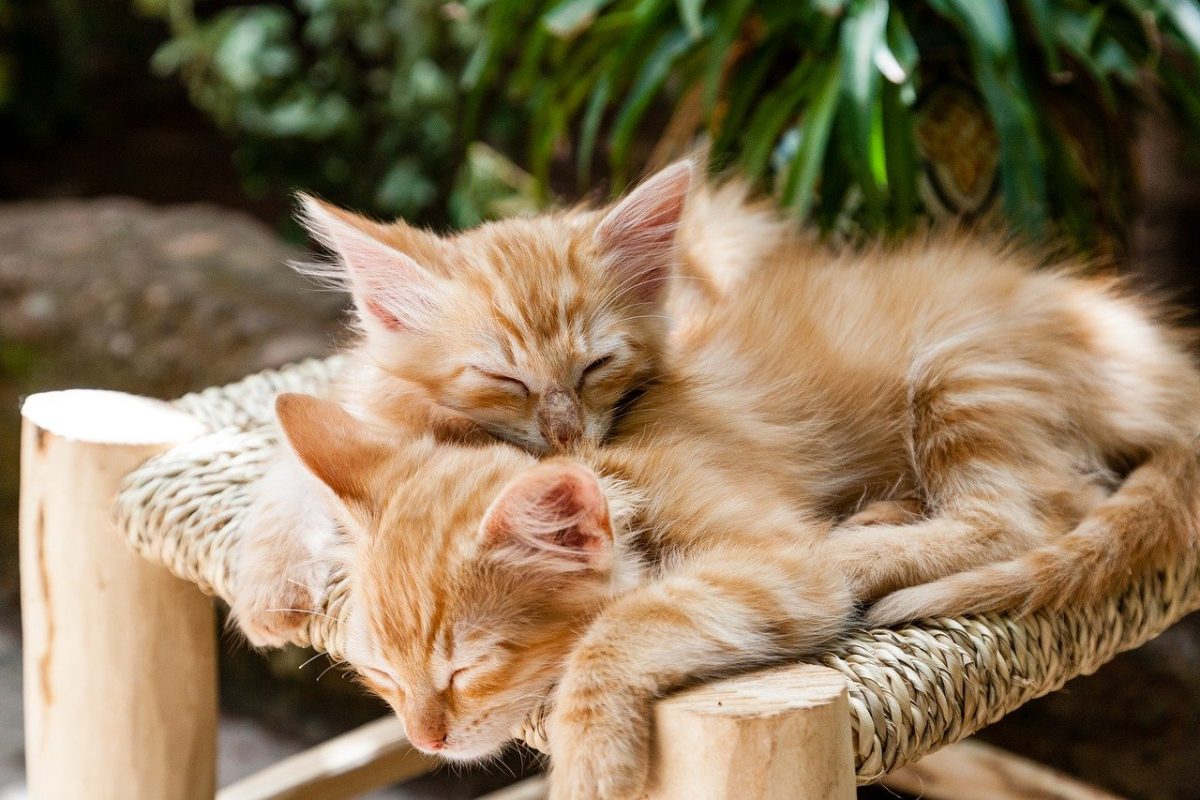 The Crypto Fear and Greed Index showed extreme greed with a reading of 93 for the day and has stayed above 80 since early November. MicroStrategy purchased another $50 million worth of BTC averaged to $19,474 per coin, while Grayscale added another $140 million to its Bitcoin holdings in the past 24 hours. Tron had bearish momentum behind it but stood resiliently at the $0.03 level of support. Steem did not show significant buying or selling volume in recent hours and was in a short-term downtrend, while Maker saw significant volatility in recent days. 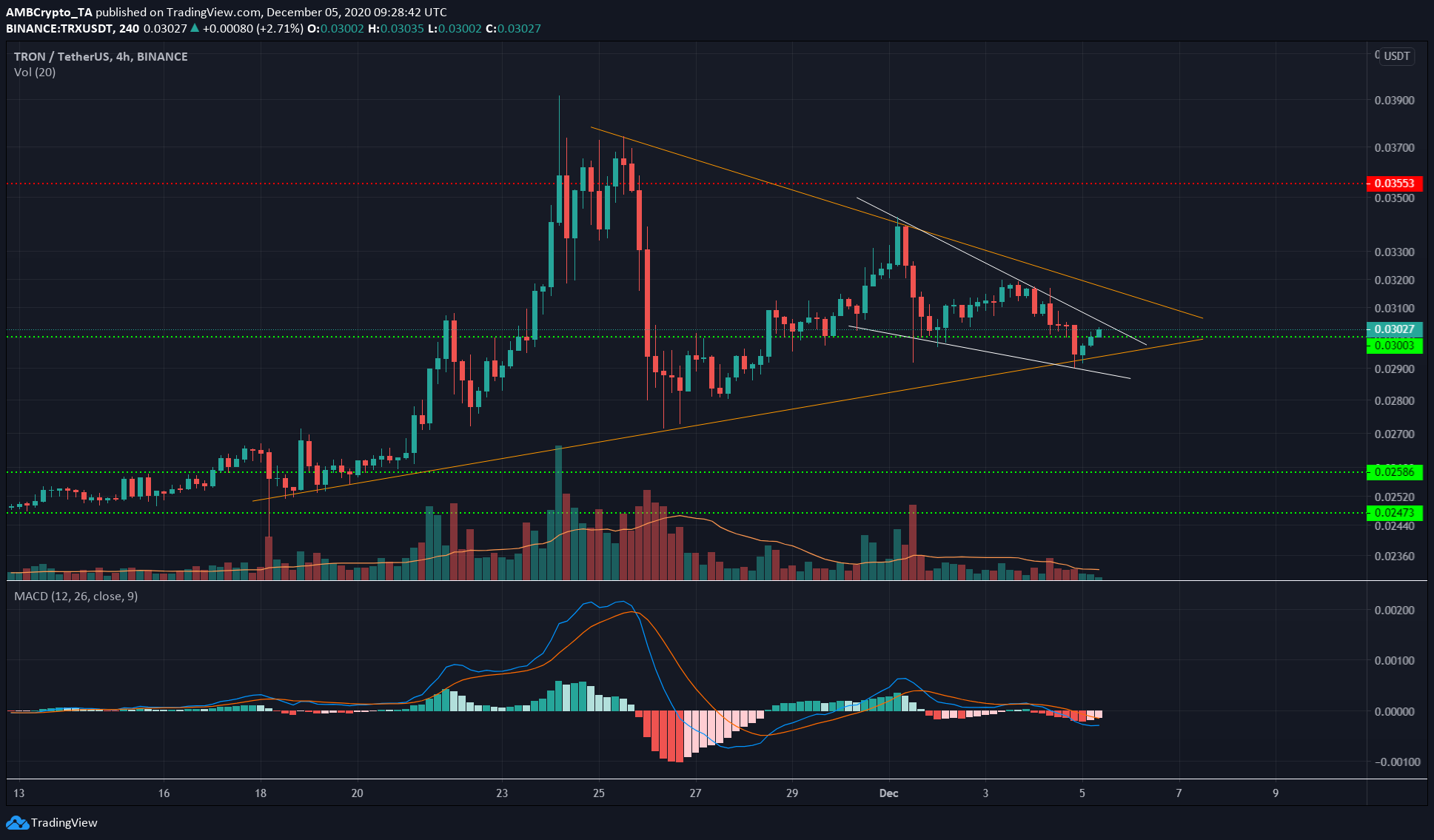 TRX formed a symmetrical triangle (orange), and a smaller falling wedge (white) within the larger pattern. The price also refused to drop beneath the $0.03 region, with a dip to $0.0295 being bought up in recent sessions.

The MACD formed a bearish crossover and dropped beneath the zero line, to reflect the series of lower highs the price set over the past few days.

A close below the triangle would not rule out an upward breakout, as an upward breakout sometimes sees a fakeout to the downside on stop-loss hunts. $0.028 has been a pocket of liquidity, and the loss of this region would reinforce bearish pressure.

In other news, Ampleforth Foundation announced that AMPL expanded beyond the Ethereum network by integrating with three new blockchains, namely Tron, Acala, and NEAR. 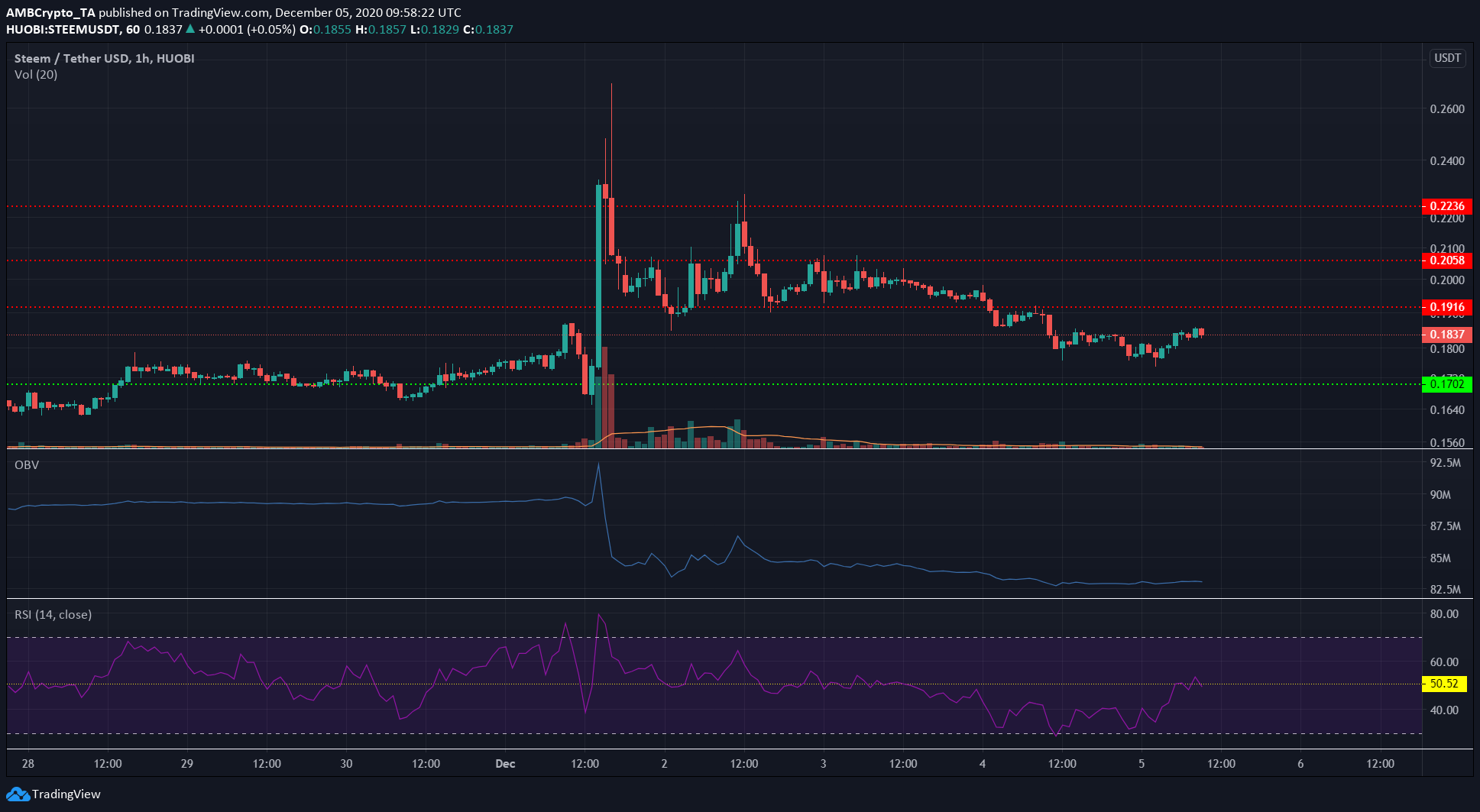 On the 1-hour charts, the OBV has basically flatlined except for a spike upward followed by a sharper drop. The trading volume has been minimal.

The price steadily declined after it failed to rise past $0.2 resistance on the 2nd of December. The RSI has dropped into bearish territory. In recent hours, it recovered to test the neutral 50 line, but was likely to be rejected and the price to continue to descend toward $0.17 level of support.

The longer-term outlook was bullish, with the 20-day moving average moving just above the $0.17 level to serve as support 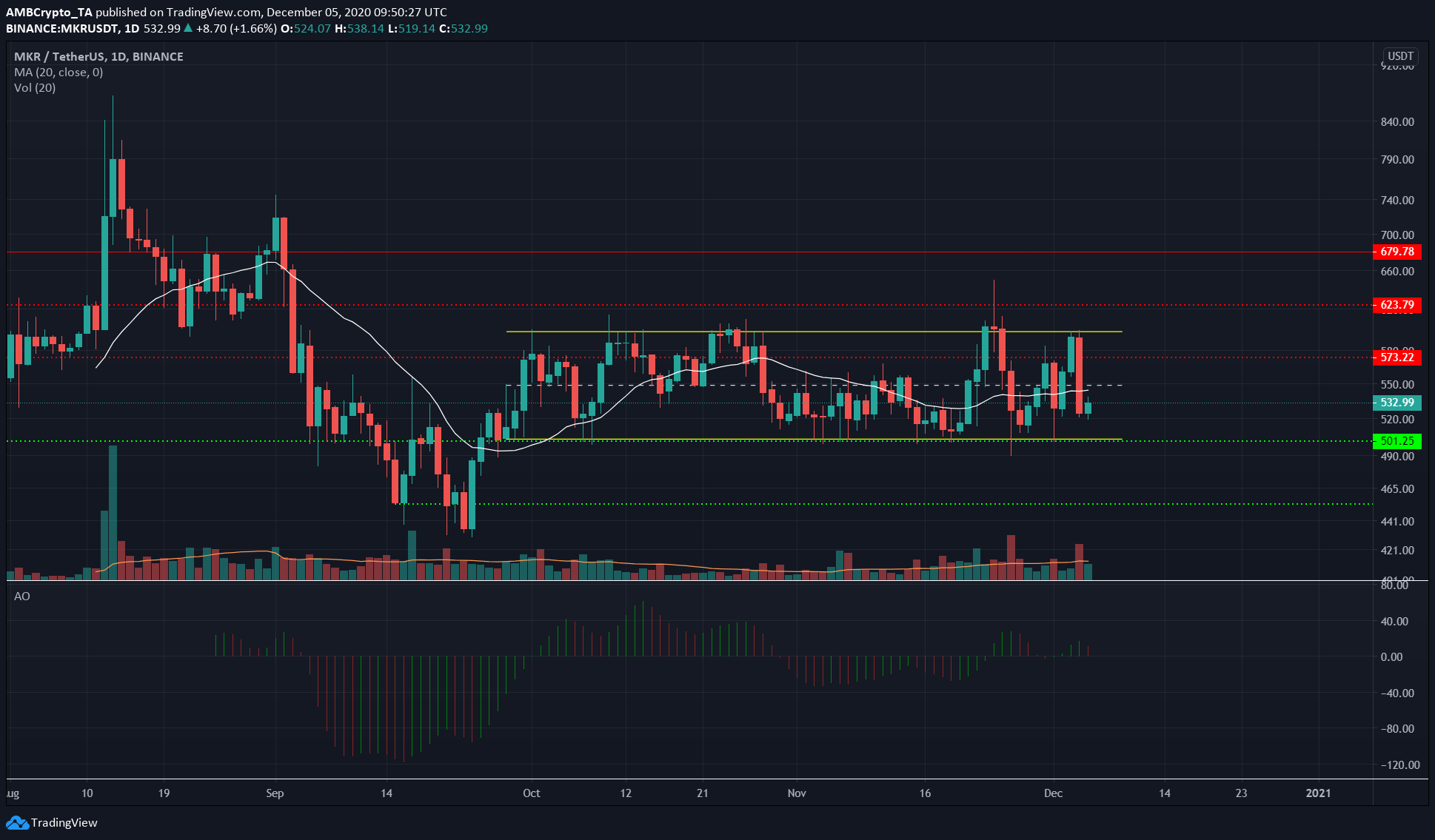 Maker has been quite volatile on the shorter timeframes. Using D1 to screen the noise, we find that the crypto asset is still trading within the range between $500 and $600, a range it has been within since late September.

The Awesome Oscillator also agreed and showed no significant momentum to either direction, affirming the oscillatory movement of MKR.

Evolving Bitcoin cycles & what to expect from the new bull run?