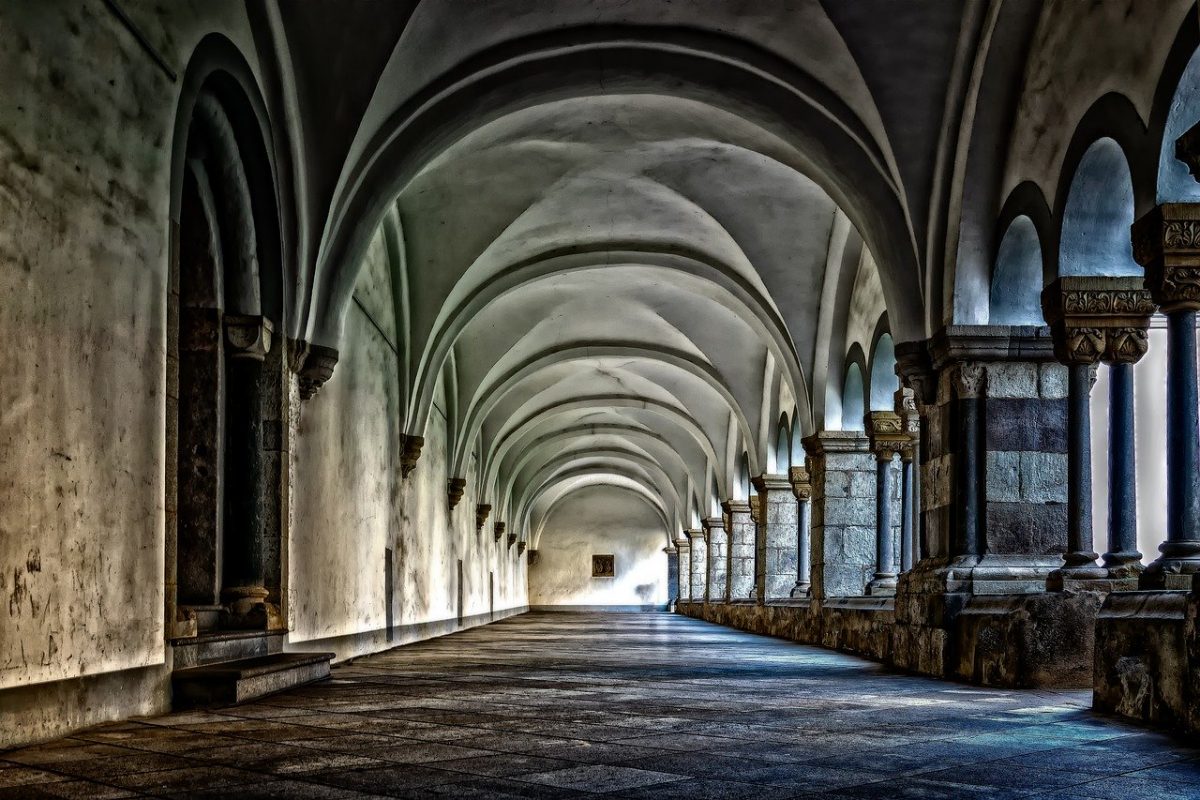 Germany officially classifies Bitcoin, and cryptocurrencies by extension, as a financial instrument, according to the latest guidance issued by the Federal Financial Supervisory Authority of Germany, BaFin. The said guidance was an attempt to clarify the status of crypto and the regulations applicable for related business activities.

Despite such clarity and pro-activity, the “adaptation” of cryptocurrencies by industry players in Germany remains relatively low. This was revealed by a recent paper titled, ‘Adaptation of cryptocurrencies in listed companies: Empirical findings of a CFO survey in the German capital market,‘ in which an online questionnaire was sent out to CFOs of German Prime Standard listed 31 companies.

According to the report’s findings, cryptocurrencies tend to be of minor importance to German stock corporations. For instance, only 10% of surveyed companies consider cryptocurrencies as a possible investment, while none claimed to have invested in it. A majority of the companies are of the opinion that no competitive advantage will be achieved by adopting cryptocurrencies in the future. In fact, just one company spoke about the integration of cryptocurrencies into its business model. 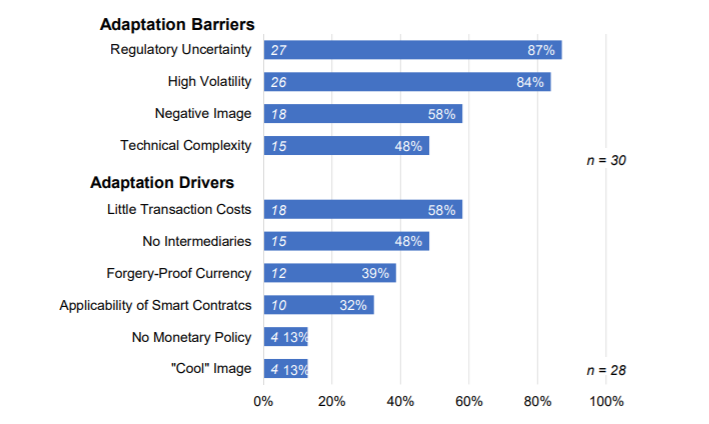 Source: Inderscience Online | Drivers and barriers for adaptation of cryptocurrencies

The underlying technology of cryptocurrencies – blockchain– was found to be of higher relevance than Bitcoin. The reason behind the same was explained by the “comparatively low risk of undefined technology utilization,” than the risky adaptation of “new currencies.” Some of the use-cases identified by the surveyed companies were observed to be,

“More than half consider cryptocurrencies as a means of payment at the point of sale as well as a suitable vehicle to access the blockchain technology. More than a quarter recognize potential benefits in the context of the internet of things or in the settlement of small payments (micropayments).”

While the main obstacles were perceived to be regulatory uncertainty and high price volatility, the potential benefits identified by the companies in question were low transaction costs and the omission of intermediaries.

Talking about the regulatory position of Germany, the banks have authorized the sale and storage of cryptocurrencies from 2020. Following this development, in February this year, BaFin received several “expressions of interest” from banks for approval to operate a crypto-custody business in the future. BaFin’s guidance had stated,

““[They are defined] as digital representations of a value that has not been issued or guaranteed by any central bank or public body and is not necessarily linked to a currency specified by law and that does not have the legal status of a currency or money, but is accepted as a medium of exchange by natural or legal persons and can be transmitted, stored and traded electronically.”