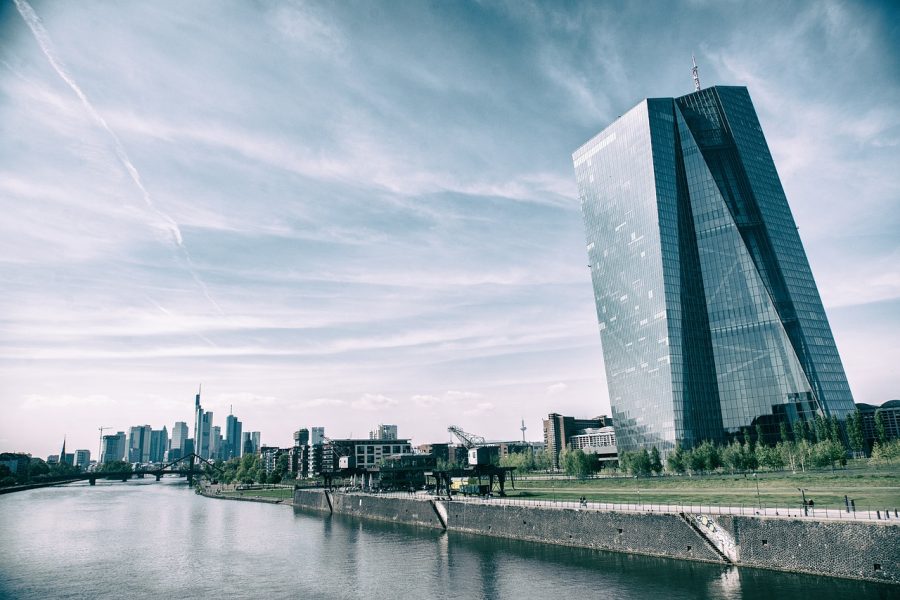 With China kicking off the race to build a central bank digital currency [CBDC] western rivals are joining in the race. Earlier in the week, the European Central Bank [ECB] released a report on the topic of sovereign digital currencies, with the focus being privacy.

Titled, “Exploring anonymity in central bank digital currencies,” the aim of the report was to present the proof-of-concept [PoC] for anonymous transactions using a CBDC. While the report suggested that this was not a sign “towards practical implementation,” it was meant to explore the benefits of “new technologies,” should such a need arise in the future.

” It provides a digitalisation solution for AML/CFT compliance procedures whereby a user’s identity and transaction history cannot be
seen by the central bank or intermediaries other than that chosen by the user.”

Four main principles of the PoC were highlighted in the report. The CBDC is “assumed,” to have cash-like features, balances will not be remunerated in private lower-value transactions. The design is based on a two-tier model, intermediaries that have “access to central bank accounts,” and can ” draw on reserve balances.” No other entity, apart from the central bank will have the authority to issue or remove CBDC units. Lastly, a dedicated AML authority will be present to check identities of large-scale transaction users and prevent units from be transferred to “embargoed users.”

A key “novel,” feature of the system is the use of “anonymity vouchers.” These vouchers can be ‘spent’ without the AML authority “seeing transaction data.”

“If users want to transfer CBDC without revealing information to the AML authority, they need to spend these vouchers.”

These vouchers will be distributed on a “one voucher per CBDC unit,” system. Further, they are issued free of charge and are “not transferable among users.” There will also be the imposition of “limits on anonymous CBDC transfers,” without recording the “amount of CBDC that a user has spent,” with the report claiming protection of privacy.

While the ECB has, as per the report, prioritized privacy, crypto-analysts have a contrary opinion. Mati Greenspan, the founder of Quantum Economics provided his take on digital Euro PoC, in his recent newsletter aptly titled “The Digital Euro will be Dystopian AF.”

Right off the bat, alarm bells rang owing to a stark similarity with another CBDC structure,

“The paper describes a monetary structure very similar to what China is about to implement with the ECB at the top, intermediaries and authorities in the middle, and the citizens at the bottom.”

Greenspan’s initial concern was the distribution of the anonymity vouchers and their spread among the citizens. Two scenarios were out – ‘one euro, one voucher,’ and ‘one person, one voucher,’ while the first would see a concentration of wealth among the rich, the latter would present a wealth-voucher inequality. Regardless of the method of distribution, Greenspan asked a pertinent question – “Why should the government be deciding how much privacy citizens should have in the first place?!”

According to him, the European officials have made clear that privacy is not worth as much as collecting taxes, he stated,

“What’s been made ultra-clear is that European authorities at this time are so concerned about collecting taxes that they’re willing to trample the rights and the safety of their people. Revolutions have certainly been fought over less.”

What got the ball rolling, in the CBDC-race, was not a country, but a controversial social media giant. Facebook with their global currency Libra, slated to ‘bank the unbanked,’ was unveiled in June, to which China responded by revealing that they have been working on a digital version of the yuan for over a year.

Since then, Europe began its push into the CBDC race, culminating in this recent report which does create a structure for a digital euro roll-out. With every economic-giant pushing for a sovereign currency, we asked Greenspan if Libra’s hopes would survive. In an email with AMBCrypto, the analyst noted that the door for Libra is shut on both sides of the Atlantic,

“It seems the Libra’s door to Europe has already been shut by European politicians and quite possibly by US politicians as well.”