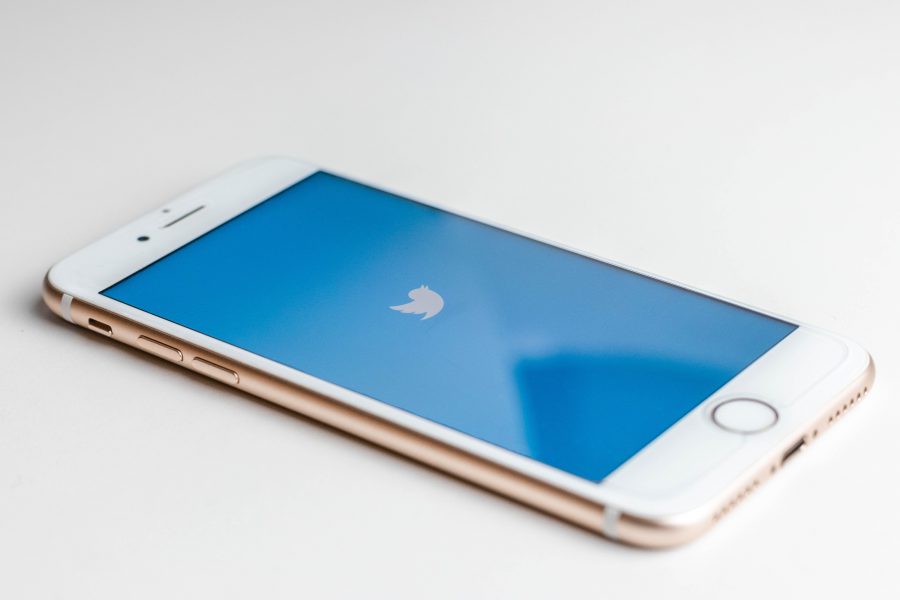 Twitter is by far one of the most influential platforms when it comes to all things crypto and blockchain. The platform is the first place where announcements and decisions are made, a place where people can freely share their thoughts and ideas as it acts as a knowledge hub.

However, with the silver lining, come the clouds. The underbelly of crypto-Twitter can be considered to be worse than other Twitter communities. Crypto-Twitter’s shortcomings are amplified by shill accounts, bots, manipulators, and scammers, who with their never-ending attempts, fool gullible investors into taking part in their ‘giveaway promotions.’

In spite of this, the social networking platform is poised to play a bigger role in shaping the future of cryptocurrencies. It will be acting as the backbone for eToro’s new crypto-product, The Tie LongOnly CryptoPortfolio, changing the way trading is done by gauging crypto-Twitter sentiment.

Now, some might label this a half-witted venture, and why wouldn’t they?

Crypto-Twitter has oftentimes turned heads for its negative facet, especially with XRP shill accounts standing out time and again. It even had influencers like Binance’s Changpeng Zhao addressing it,

“The XRP base shill is strong. Let’s get it out of your system, and put all your shills under one tweet, and let’s see how much we get.”

It didn’t just end with crypto-influencers pointing out its not-so-good side. Notable figures such as Elon Musk seemed to be impressed with the crypto-scammers’ Operation Giveaway. Last year, he tweeted,

“I want to know who is running the Etherium scambots! Mad skillz…”

With a reputation such as this, a lot many traders and investors have expressed their doubts about the product. Tex S Hodlem, a Twitter user, said,

“This is just begging to be gamed. Does tagging #xrp 2x in a single tweet count double for #xrp? We may as well just weight it 100% for $xrp. Any time another asset needs to be talked about, we can say stuff like ‘the PoW dinosaur’ and ‘that one computing platform’s native token.'”

However, Tie, partnered with Social Market Analytics [SMA], continues to be quite optimistic about the product. Keeping Crypto-Twitter sentiment at its center, the portfolio “algorithmically allocates” top-thirteen cryptocurrencies on a monthly basis. The coins in question here are Bitcoin, Ethereum, Litecoin, Bitcoin Cash, XRP, EOS, Stellar, ZCash, EOS, Dash, IOTA, NEO, and Cardano.

A document on its Long Strategy methodology and execution stated,

When asked about whether they consider this product as a gamble, Joshua Frank, CEO of The Tie, told AMBCrytpo,

“No, we do not think it is a gamble. Yes, conversations on cryptocurrencies are extremely manipulated. In our research we have found that over 90% of conversations around digital assets on Twitter come from inaccurate, manipulative, or fraudulent users.”

Despite this, the simple trick (that the team believes) is to distinguish the noise from relevant tweets that would allow them to assess “true market sentiment.” This is something the team is convinced can be achieved with the help of Social Market Analytics. A firm that has built and patented tools that cuts through the noise, detect manipulation, and filter accounts based on importance.

“Social Market Analytics (SMA), a founding investor in The TIE and a leading provider of quantified sentiment data on equities, futures, forex, and ETFs to the world’s foremost financial firms.”

With SMA in the scene, the entire process is split into four parts: extraction, evaluation, calculation, and actionable data.

The first part, extraction, focuses on distinguishing tweets that are crypto-related and non-crypto related, ensuring that overlapping does not take place when evaluating sentiment.

The second part, the most important one, focuses on discerning genuine accounts from bots. According to Frank, this is achieved by assessing the age of an account, its followers to follows ratio, and its posting history. In this process, over 90 percent of tweets are “filtered out of the stream,” leaving only about 10 percent of tweets on each coin for the next process.

“Another interesting way to assess manipulation is to consider the dispersion, or the percentage of tweets coming from unique Twitter accounts […] If the same user is posting exclusively about the same asset and sharing similarly positive or negative messages in bulk, it is unlikely that their posts will have any effect on the movement of an asset.”

The third step is calculation and the fourth is actionable data. In the former step, each filtered tweet will be scored on a word basis, which is then aggregated. The latter step gauges whether the sentiment is positive or negative, which is then used to enter or exit.

While the overall idea seems well thought out, there are still several questions that can be raised concerning this product, considering that while the crypto-market has been compared to the traditional finance market, it’s nothing like it. The market is subjected to high price volatility, whale manipulation, and most of the time, the market reacts in a drastic way to absolutely nothing.

When asked about the impact a whale could have on the TieLong CryptoPortfolio, the CEO of TIE said, “There is no single fact which fully explains the movement of the digital asset market. Due to low liquidity a large player has outsized influence on market movement. Sentiment is not predictive of every movement, but broadly speaking we have found that multi-factor sentiment strategies using our proprietary sentiment data have been able to achieve significant outperformance vs. benchmarks.”

One of the scenarios that can be played out in this scene is the impact influencers and institutional players have on the price of a particular cryptocurrency. With Twitter acting as the center for information, news regarding a particular coin tends to spread like wildfire.

Notably, if the announcement is positive, then the overall sentiment of the cryptocurrency could also be extremely positive; For eg., the impact Bakkt had on Crypto-Twitter when it was first unveiled by Intercontinental Exchange. To this, Frank said, “We found that historically high sentiment combined of factors is usually a good time to exit rather than enter a position.”

Additionally, one could also bring about the impact influencers could have on the portfolio, considering the sentiment they share would always be on the side of the coin, rather than against it, and some could say that this sentiment rather holds strongly with the XRP community.

However, the TIE team has proposed a solution for this as well. Considering that XRP tweets are generally more positive compared to other coins, the comparison will be done between XRP tweets v. XRP tweets, instead of XRP tweets v. Bitcoin tweets.

“This is why we normalize the data and compare XRP tweets vs. themselves, rather than against other coins. I care that XRP sentiment is 2 standard deviations more positive this month than the previous six months. I don’t care that the average XRP tweet is more positive than that of BTC. We only compare normalized sentiment values across multiple coins.”

Interestingly, the backtesting showed that the LongOnly product yields the highest returns when compared to hodling or long-short method. The TIE’s test observed the returns for a basket of cryptocurrencies over a specified time period; the return after the spreads were 283% for LongOnly products, but only 53% for hodling.

Putting aside these concerns, the product has so far received a positive response, seeing interest as close to 1000 users on eToro, who have added the portfolio to their watchlist, the CEO said. Frank added,

“We have seen significant inflows of capital already. While we would love to see millions invested within the first week, we understand the current nature of the crypto market, the declining retail interest, and we anticipate that users on the platform will want to watch the performance of the strategy before deciding to allocate.”

Related Topics:eTorofeaturedThe Tie
Up Next

XRP could breach pennant to fall to $0.25 before the weekend