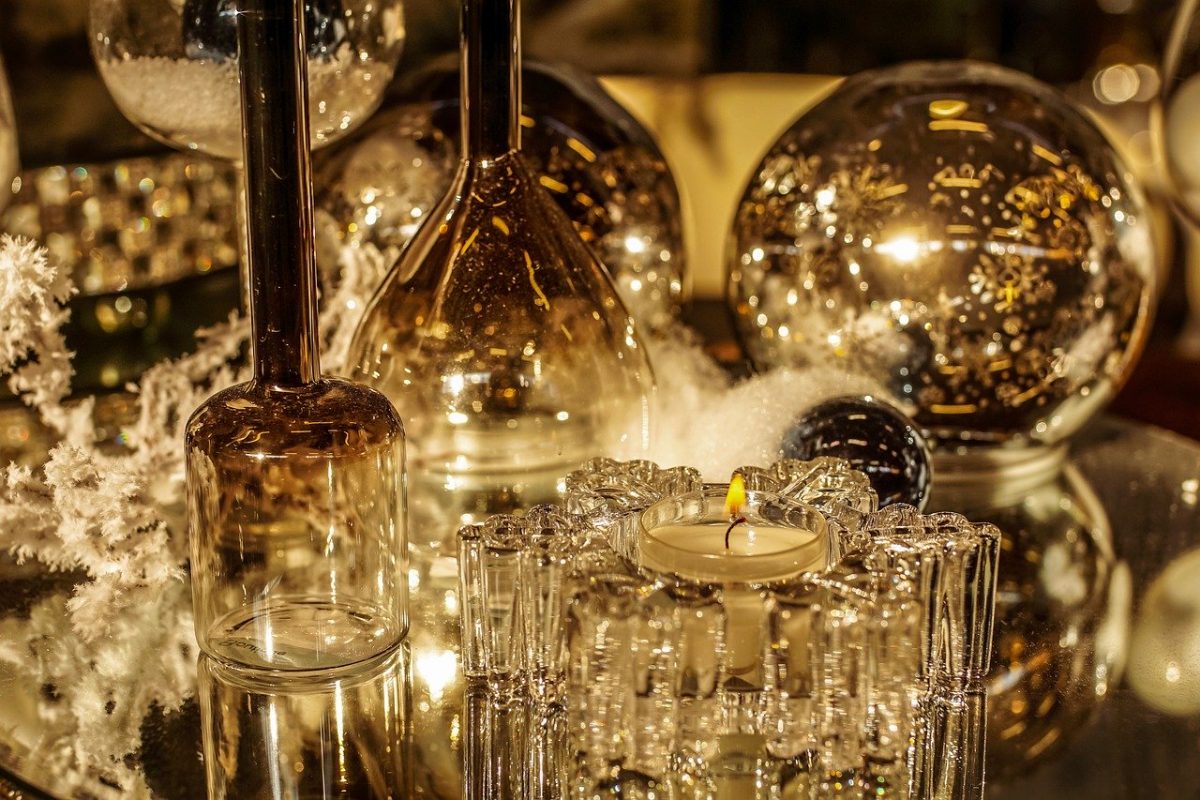 “Bitcoin itself has solidified its role as a store of value or as a digital gold”- Michael Sonnenschein, Managing Director at Grayscale Investments.

The executive of the world’s largest Bitcoin fund had previously revealed that institutions now view Bitcoin “as part of the same flight to safety as they might look at bonds or gold or other things that have served in that capacity for them.” While this was not a widely held narrative then, people are now increasingly viewing it differently.

After the U.S Federal Reserve announced no upper limit on printing dollars to support the economy in light of the chaos caused by the Coronavirus pandemic, the price of Bitcoin surged in tandem with Gold, a safe haven asset.

What provides more validity to the rising narrative is the latest data from ‘The Tie,’ data which suggests that Gold was the most widely used word in Bitcoin-associated tweets, of which 63% were positive. In addition to that, ‘Digital’ was found to be the third most used word, with 65% of the tweets being positive.

From the same, it can be potentially inferred that the narrative of Bitcoin being a ‘digital gold’ was gaining strength. Along the same lines, The Tie tweeted,

“The Bitcoin as a digital gold narrative has begun to gain significant traction once again.”

Interestingly, mentions of Gold in Bitcoin headlines was nearing an all-time high as well. 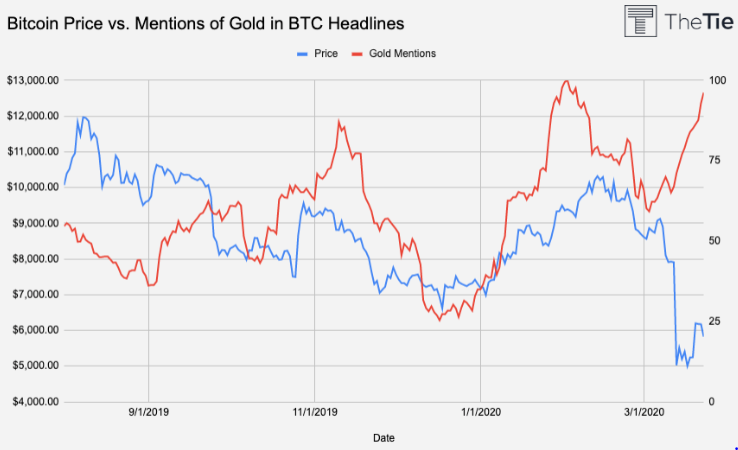 Bitcoin’s value as digital gold was a key driver of the price last year. However, mentions of the word “gold” in Bitcoin headlines had hit a two-year low in October 2019. As the halving approaches, the number of mentions of the term ‘halving’ in crypto-publications is speculated by many to contribute to the king coin’s price.

To top that, the ‘Bitcoin is digital gold’ narrative found itself crushed against the rampant sell-off that drove the price to of the coin to lose almost 60% of its valuation. As the king coin headed for a recovery amidst the global pandemic, the narrative seems to have sprung up again.

Besides, The Tie also had previously noted a strong correlation between Bitcoin and Gold Futures sentiment in March, a metric that stood at 0.72, at the time of writing, as opposed to -0.02 the previous month.

Related Topics:Digital goldThe Tie
Up Next

For tokenized Bitcoin and Ether, have the roles reversed in DeFi?