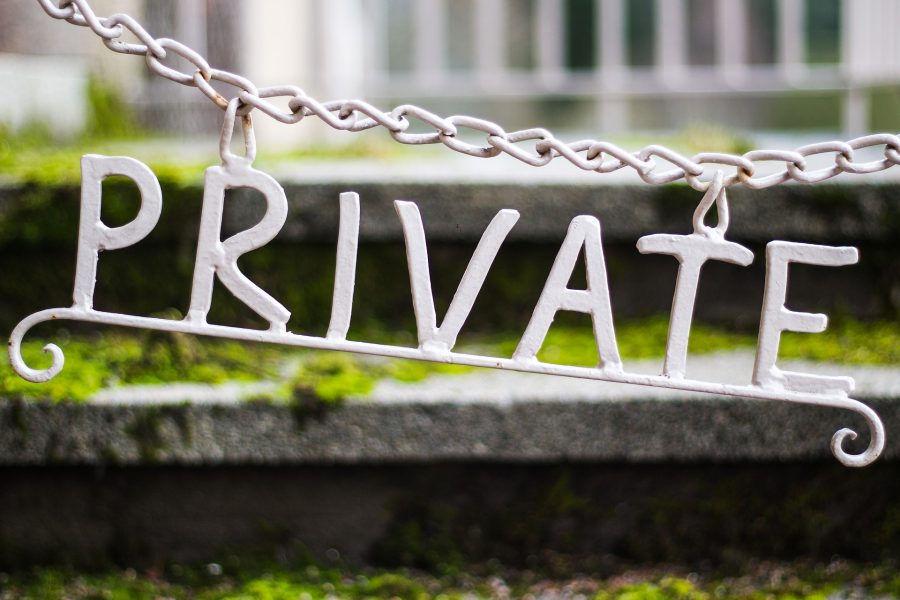 Privacy is one of the biggest problems in this new electronic age – Andy Grove, Author

Bitcoin transactions are semi-private and not anonymous. It is pseudonymous, which is an important distinction. Achieving perfect anonymity with Bitcoin can be a complicated affair, however. The transactions which are recorded on the blockchain are public and are linked only by an electronic address.

The Bitcoin blockchain consists of a permanent public record of all transactions accessible by anyone at any given time. However, while the expectation is of semi-privacy, many well-known Bitcoin figures have posted their wallet address on their websites and blogs, expecting Bitcoin donations from readers. Many still influencers in the space still do, and that is the most common way ownership of a Bitcoin address is revealed.

Similarly, regulated cryptocurrency exchanges adhering to KYC/AML laws keep tabs on users’ funds. This process is meant to identify and get rid of fraudulent people on the exchange. While responding to a question on Quora, Blockstream CEO Adam Back had then said,

“Trading Bitcoins for National Currency on an Exchange Who Knows Your Address: the exchange Mt. Gox kept tabs. And then they were leaked. Nearly every exchange that handles national [fiat] currency is subject to money laundering regulations, making it necessary for customers to prove their identities by providing scans of their government IDs, bank statements, and utility bills.”

But, users can always opt for over the counter or OTC desks since the confidentiality of the activity might be suited for those who wish to retain their privacy, with private transactions and the market so opaque.

Jameson Lopp, a Bitcoin proponent and the Co-founder of Casa, in a recent podcast underscored the non-privacy factor of Bitcoin transactions and added that while OTC and face-to-face trades have their own benefits, it does has its own downsides too. Elaborating on the same, Lopp stated,

If a user wants 100% privacy, switching to a coin mixer is another option. Coinmixers such as CoinJoin are a method of obfuscating on-chain links between UTXOs.

The downside, however, is that criminals and money launderers can also easily conceal their transactions away from the prying eyes of the police and other regulatory authorities. For these reasons, top cryptocurrency exchanges such as Binance are not a big fan of coin mixers.

However, as CZ said, users who are privacy-focused always go for privacy coins. There’s a catch here as well. 2019 saw many exchanges halting the trade of privacy-focused coins such as Monero, in the wake of the intra-governmental Financial Action Task Force [FATF] issuing new global standards. The latest one being Estonia-based BitBay, which announced the delisting of Monero to “block the possibility of money laundering and inflow from external networks.”

Another Bitcoin ETF bites the dust; but is an ETF really necessary?