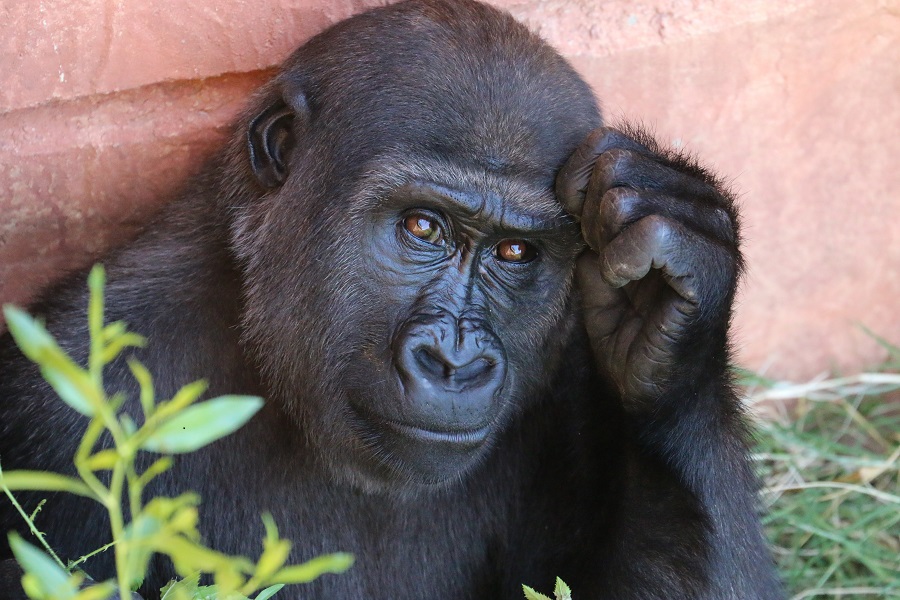 The bearish sentiment is overflowing and the sellers are dominating the market right now. Amidst the chaos of the price and the bearish market sentiment, BTC seems to have found respite from the bears as it has begun self-resuscitation. The price of Bitcoin, at press time, appears to have found a low at $6,500.

There are multiple speculative reasons why BTC did what it did. The easiest and the go-to answer is China’s recent crackdown on crypto operations. To sum it up, China took away what Xi Jinping gave a couple of months ago.

A little more complex, yet speculative, reason for the drop is “price discovery”. BTC’s euphoric April bull run was a little too out of the box and a hyperbole. Ergo, the drop Bitcoin is witnessing is nothing but price coming back to its organic level, or at least what CT seems to believe.

Regardless of the reason, this move caused a lot of unsuspecting traders to be caught on the wrong side of the drop, causing liquidations worth $1.16 billion in longs since October 26. 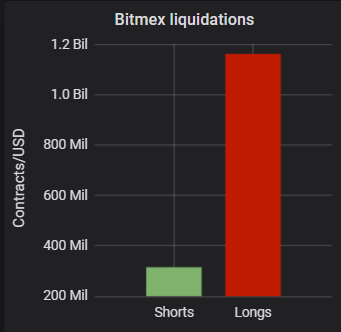 The Journey So Far 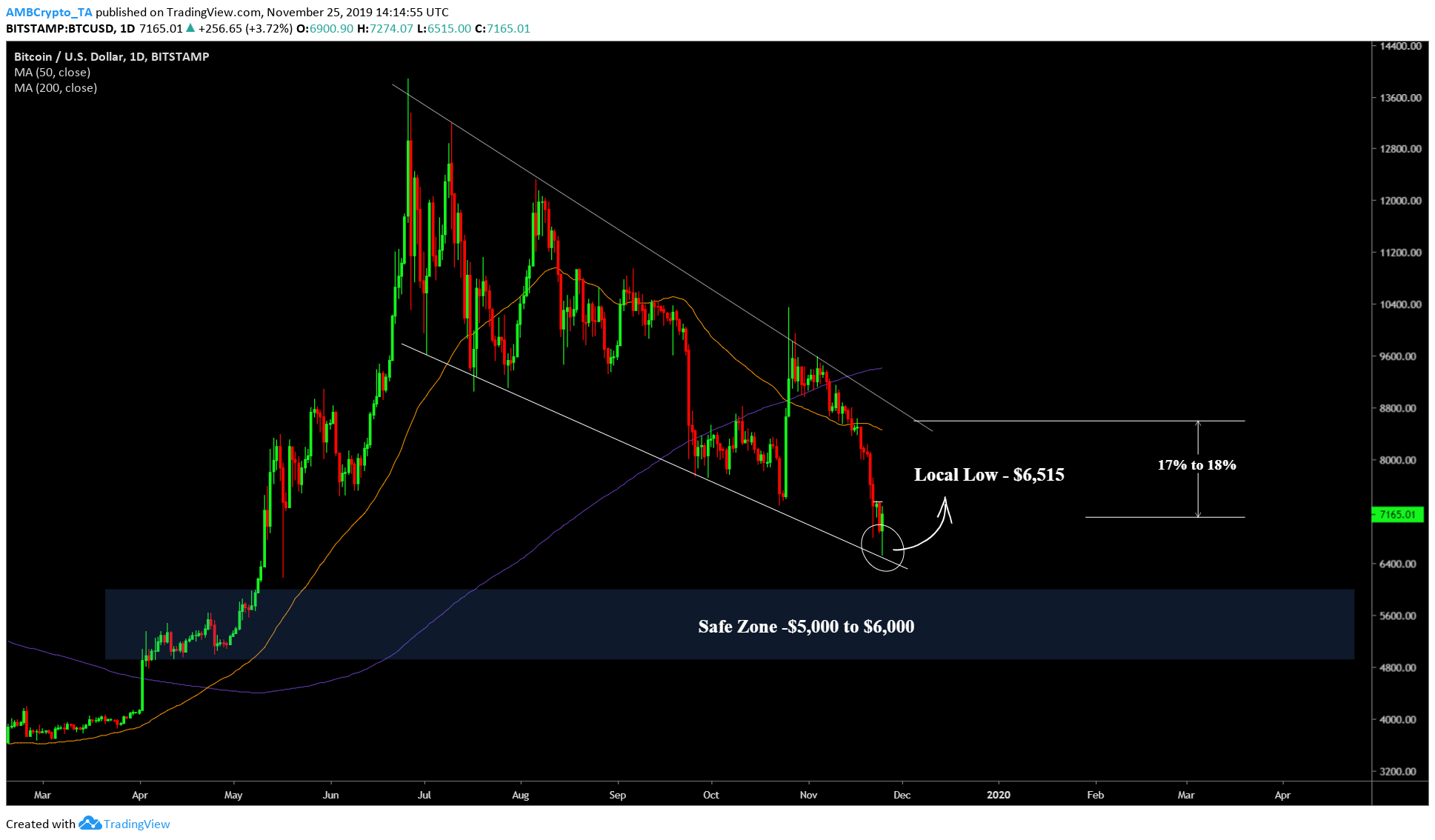 Delving deeper into the technicals, the price of Bitcoin found a low at $6,500. On a daily time frame, the price is stuck in a falling wedge, indicating bullish things to come. Moreover, the candle at press time showed a total rise of 4.15% symbolizing a bounce from here, possibly towards the upper end of the wedge. This would put another 17 – 18% upside for BTC in the next week or so.

Although the overall pattern set up looks bullish, there are major bearish factors in play.

The price of Bitcoin has turned bearish since June 26, however, massive bearish sentiment rained down when the looming death cross turned into a reality on October 25, 2019. The death cross appears to be intact with no signs of retreat, indicating more bearish waves to come.

As mentioned in the previous article, hash ribbons have inversed and is a massive bearish indication. These ribbons are an indication of miner capitulation. Looking at the past data, the inversion is usually seen during bearish periods when the price of Bitcoin is no longer incentivizing miners. Judging by the looks of the ribbons in their current state, the inversion might have reached its bottom point. Nonetheless, this still indicates bearish momentum in the market.

The RSI has dipped well below the oversold zone and was trying for a comeback. The last time this happened was exactly 61 days ago.

At press time, the bounce seems promising unless the bears strong-arm the bulls out of the picture again. However, the bounce, if it gains momentum could take Bitcoin as high as $8,600, a surge of 17% to 18%. This surge could happen in a day, like it did on October 25 or it could take a week.

A Revitalization of the Hash Ribbons

Receding hash ribbons indicate the peak of miner capitulation and a journey towards recovery. According to the creator of the indicator, Charles Edward, the inversion could take anywhere between “a few days” to “several weeks”.

In a recent newsletter, Mati Greenspan mentioned that the drop of Bitcoin was being supported by the last remaining Fibonacci level at $6,800. Breaching this could take BTC to,

“… the next notable level of support would be around $6,100 where the price found a floor throughout the middle of last year. Then of course the psychological barrier of $5,000 just below.”

Bitcoin often does the unexpected, if the bounce at the low fails, it could spell disaster for Bitcoin taking it back to the $5,000 level. On the flip side, the bounce kept Bitcoin above the $7,000 level, at press time. If the momentum continues, there could be a chance to revisit $8,600.

Related Topics:Death CrossMiner
Up Next