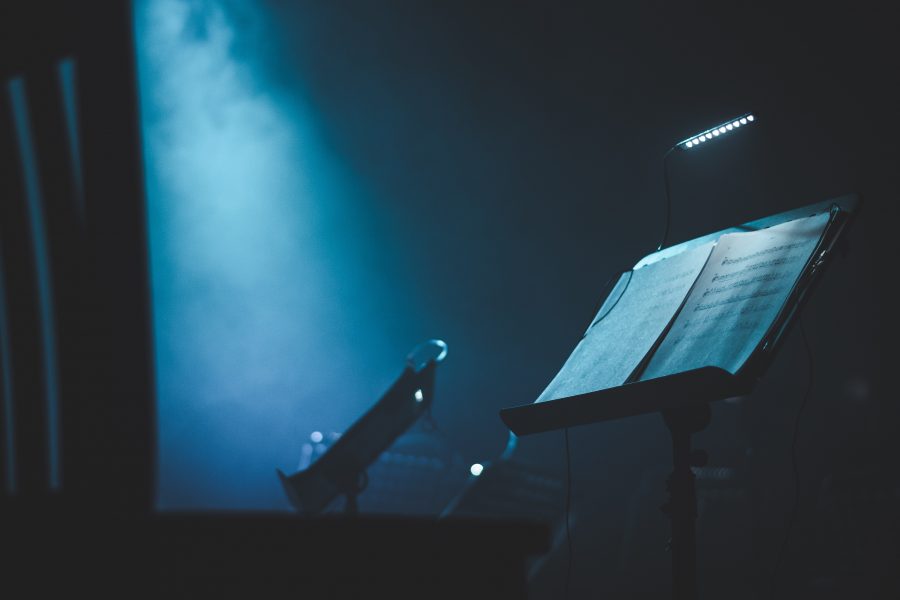 Lower lows and lower highs are setting in. BTC might be heading to the place where it all began, the $4,000 – $5,000 range. The reason for Bitcoin’s current trajectory could be attributed to the miners – the ones who form the backbone of the network.

Bitcoin works like an orchestra; the difficulty, the price, the hash rate, they are all interconnected and need to be in sync with each other. If the price of Bitcoin no longer incentivizes miners, that is when some miners tend to give up the not-so-pocket-friendly process of mining, with the risk of them even selling their BTC. This disrupts the harmony of Bitcoin and could spell disaster.

Miners are obviously an important part of the BTC ecosystem. If BTC isn’t priced at a level where miners can’t reap profits or break-even, they resort to selling their BTC holdings. That may be what we are witnessing right now.

CIO of Atlanta Digital Currency Fund, Alistair Milne, stated a few weeks ago that miners were capitulating. His basis for the statement was a 7% drop in Bitcoin’s difficulty.

Since then, Bitcoin’s price has shed 11% of its value and by the looks of it, BTC may not stop anytime soon.

A partner at Adaptive Fund with the screen name “Willy Woo” on Twitter stated that Bitcoin had never gone into its halving with bearish price action, adding that the fundamentals are different this time around.

“Historically we front run with a BULLISH setup, miner capitulating only after halvening when revenues are slashed. This is a unique setup. Quite bearish leading up to the event.” 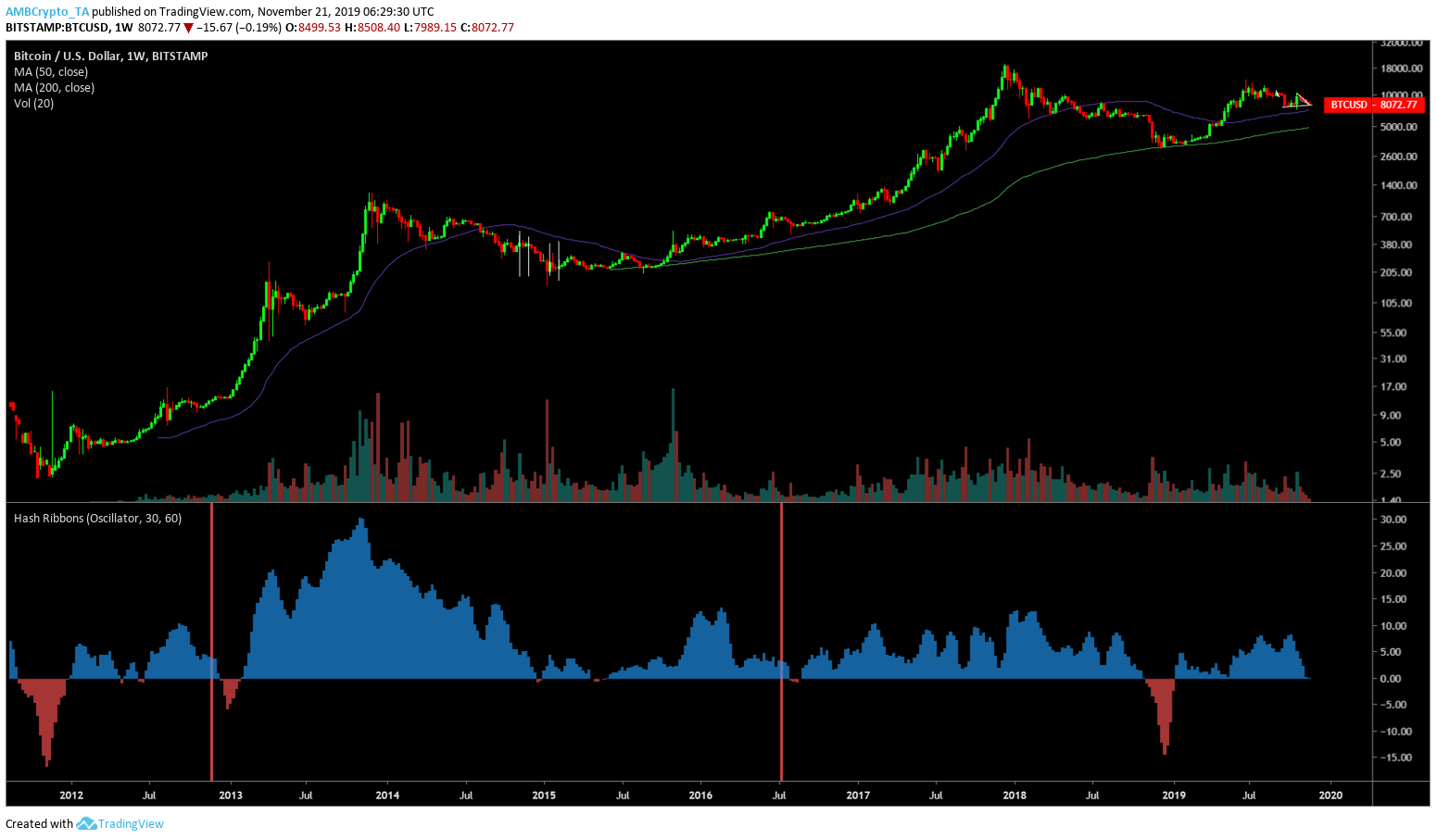 The reason why miners could be “capitulating” or selling off their BTCs can be attributed to the increasing hash rate and the steadily decreasing Bitcoin price. This is what led to the sudden collapse in Bitcoin’s difficulty, miners shutting their farms.

Will this cacophony stop?

Looking at BTC’s daily chart, hash ribbons that were on the brink of inversion have already inverted. In the past, inversion highlighted that mining was no longer profitable. The last inversion took place on 30 October 2018, just before BTC collapsed from $6,000 to $3,000. The inversion was followed by a recovery that catalyzed April’s bull run.

The question that remains is, “How deep will the current inversion be?”

The creator of the hash rate ribbon indicator, Charles Edwards, spoke to AMBCrypto about Miner Capitulation. He said,

“It is impossible to know how long a Miner Capitulation will last. It could be anywhere from a few days to several weeks. Based on similar historic occurrences. I expect this capitulation will be short-lived.”

Short-lived or not, this inversion is already doing its fair share of damage to Bitcoin.

As of 19 November 2019, the first spend hit a whopping $17.6 million, further indicating that miner capitulation reached a peak over the previous week. However, at press time, the first spend had retraced its steps back to a daily average of $2.5 million.

First spend is a metric that tracks the number of coins that move from miner wallets over that period. Coins that have been mined and not distributed are registered in the inventory. The fact there was a huge spike on 19 November adds weight to theory of miner capitulation.

Not only have the fundamentals related to mining become weaker, but the price has also gas-lit negative sentiment indicators. The looming death cross, lower highs, lower lows, and the breach of important supports, are all stacking up against the bulls. Yet, some people still believe that this so-called capitulation could be short-lived.

Like others in the Bitcoin ecosystem, PlanB refuted the above theory, stating that similar instances were seen when BTC/USD was above the difficulty level six months before 2012. In 2016, the price was below the difficulty line, as seen in the tweet below. At press time, the difficulty and BTC/USD were perfectly on track.

Lot of FUD about miner capitulation. Fact is that 6 months before 2012 halving we were above difficulty model value, in 2016 below, and now spot on. Also, I am looking at +2% difficulty adjustment next Thursday. Cheer up! 🚀https://t.co/zMdxlteR6Z pic.twitter.com/8OcuVYp70l

“At present, there has been increased miner selling, yet this selling activity does not represent capitulation of any kind, as most miners are profitable given current prices and difficulty, particularly so on a cash basis (i.e. ignoring Capex depreciation).”

Predictions and prophecies have one thing in common; there is a chance that they could turn out to be false.

Likewise, even with the odds stacked against Bitcoin, there’s no saying when the winds could blow in Bitcoin’s favor. It could surge at an unprecedented rate and the whole scenario could be flipped. Additionally, this “capitulation” song could be an insignificant adjustment.