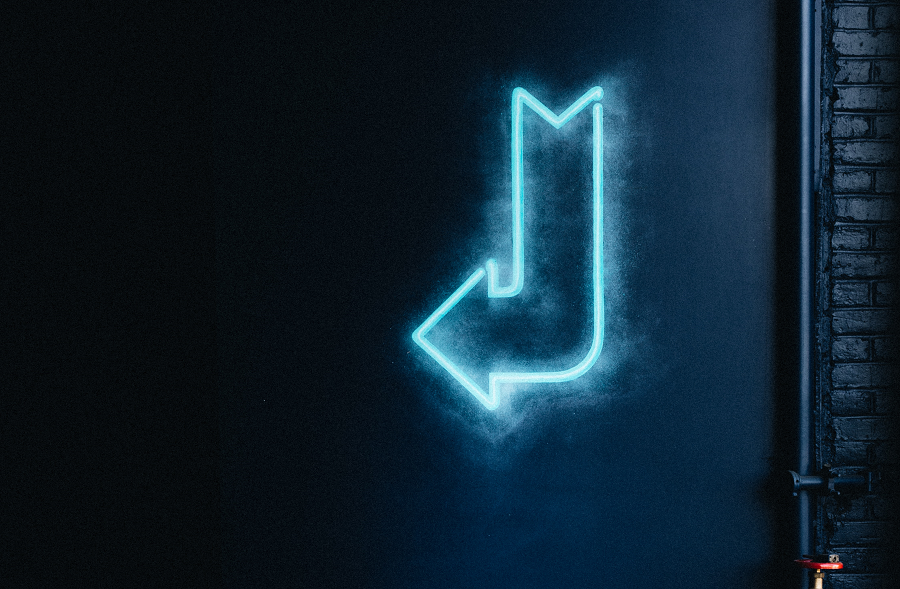 For a while now, altcoins have been dropping in prices with no support in sight. The scheduled alt season ended as soon as it began. The altcoins that surged by 40, 50, 60, 100% have all started to decline much faster than they had surged. The same holds true for XRP, as its golden cross is in danger.

This ‘micro alt season’ allowed XRP to surge by a whopping 81% in over 45 days and most of it was because of Bitcoin and its dominance. 35% of the surge was undone in less than two weeks. As it stands, XRP has formed a bearish continuation pattern, which indicates more downward movement for the coin. 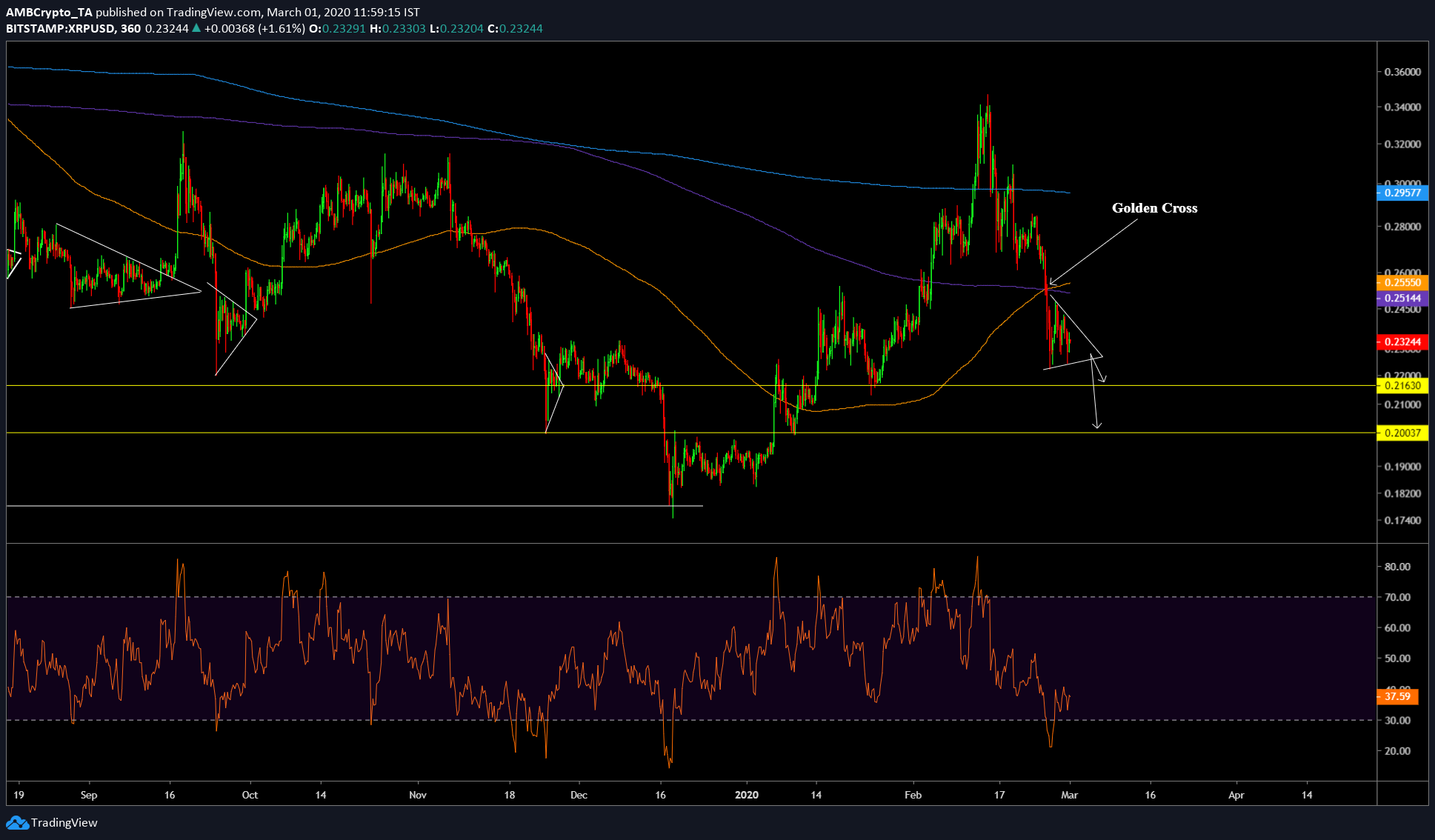 Golden cross is a pattern that predicts a shift in trend, especially when the price of an asset consistently performs better for over 200 days. Eventually, 50-day moving average [DMA] will cross above the 200 DMA, thus causing a golden cross. This was seen in many altcoins during this micro alt season, however, for XRP, the crossover occurred on February 25, 2020.

Bitcoin’s sharp decline is forcing altcoins to lose ground and this might cause the golden cross to come apart soon. As seen in the chart, the continuation pattern is a bearish pennant; the breakout for this will push the price lower.

Should a bearish breakout occur, support would be at $0.21 which is more than 5% from XRP’s current price. However, if Bitcoin continues to drop as well, the price will have no choice but to push lower. So, the next level would be at 14% lower, at $0.20.

RSI is already in the oversold zone, there might be a little bit of sideways movement before the actual drop. The drop is directly tied to the world’s largest cryptocurrency, Bitcoin. The more sharply Bitcoin dives, the more other altcoins go down too, provided, the dominance remains high for BTC. This correlation is what’s causing, Ethereum, XRP, and other altcoins to follow Bitcoin’s lead.

In addition, the price has successfully managed to dip under the 365 DMA [light blue], which is also massively bearish. Hence, the important levels for XRP, in the short term include $0.21 and $0.20, if the breakout is bearish.

Although Bitcoin’s outlook looks bad, there might be a surprise surge, in which case, the bearish breakout will be invalidated and a bullish one will play out.