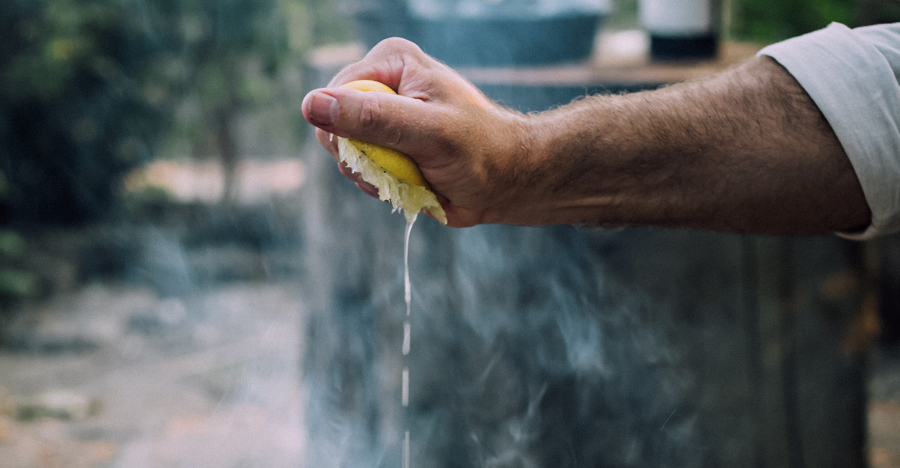 Bitcoin longs [worth $83 million] suffered a dip yesterday [March 07, 2020] when the coin marched from $9,225 to $8,735. During the 5.55% decline, most of the longs vanished into the pockets of the shorts. However, the shorts seem to have acquired an insatiable appetite and more may be on their way.

A look at Bitcoin’s current position would help better understand the shorts’ agenda. 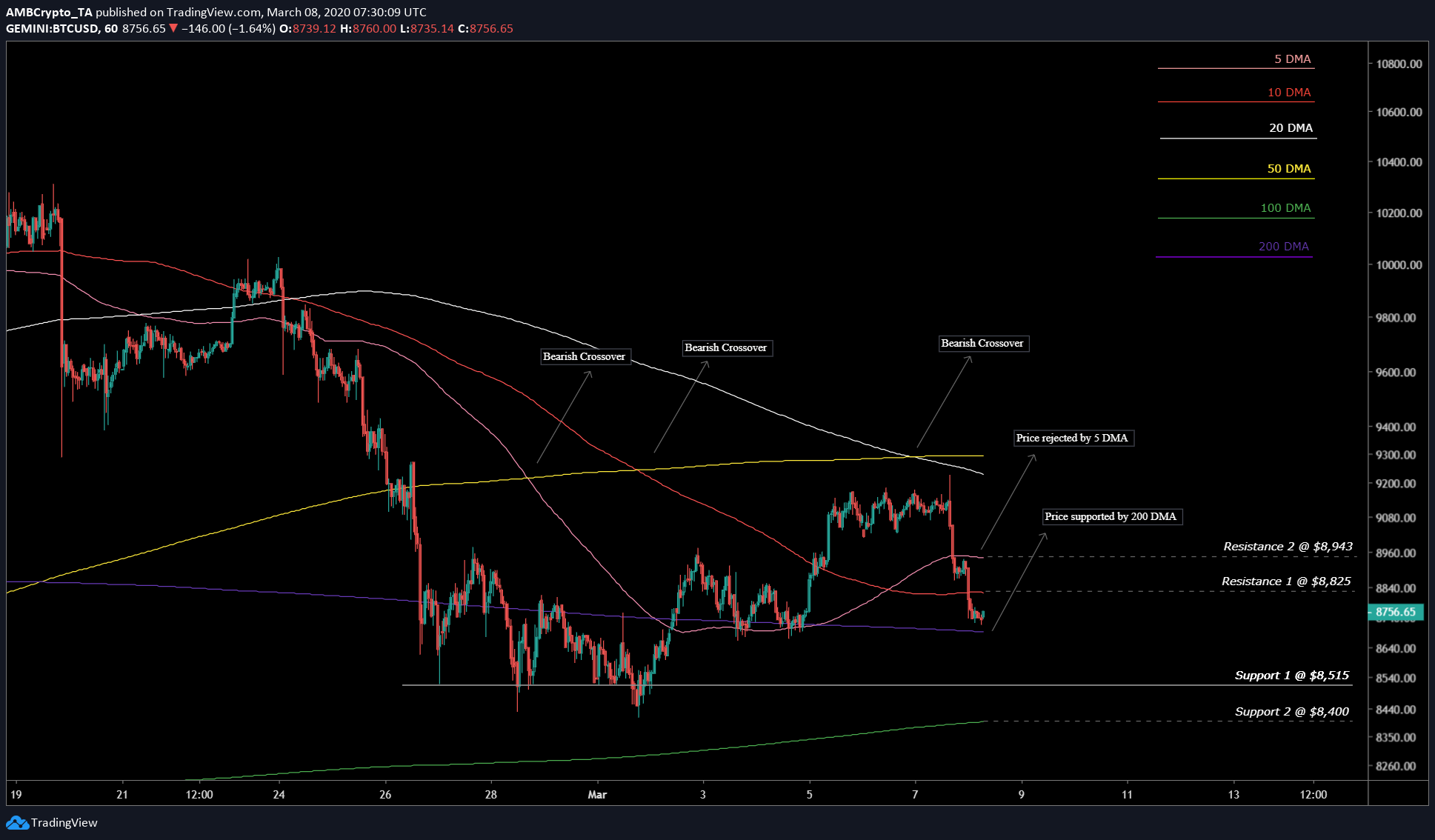 [Typically, when a lower MA moves under a higher MA, it is bearish. Take, for example, the death cross, it is when the 50 DMA moves under the 200 DMA.]

Due to yesterday’s debacle, the 20 DMA has crossed below the 50 DMA. Similar bearish crossovers can be seen since February 24. From the looks of it, the 5 DMA has also started to dip due to the recent short play. A cross of the 5 DMA under the 10 DMA would be bearish and could imply a further downfall in BTC price.

From the current state of the market, both the RSI and the Directional Movement Index have bottomed into the oversold zone. For a long squeeze to take place, the price must rise, suckering in subsequent longs. 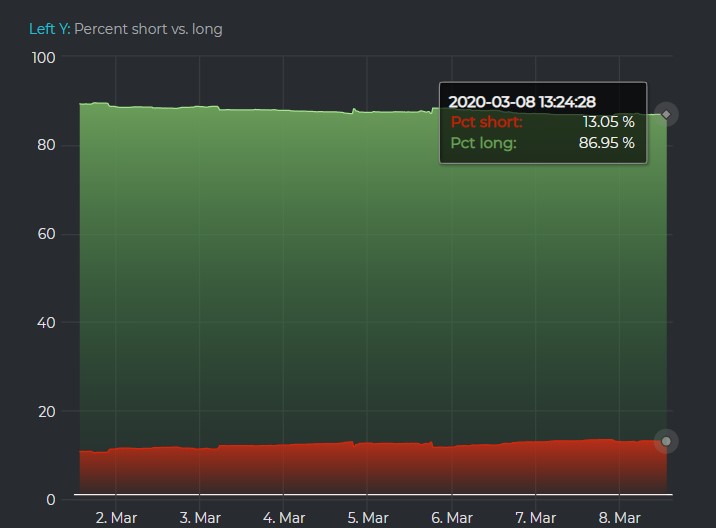 Per the data obtained from DataMish, longs at the time of writing were 32,000+ BTC and shorts at 4,800 BTC. In comparison, the market composition consisted of 87% longs. This long squeeze might take Bitcoin to $8,943 after breaching immediate resistance at $8,825.

To complete the picture aka the long squeeze, there needs to be enough shorts with momentum to push the price down. This is being offered by hedged Vs. unhedged shorts. 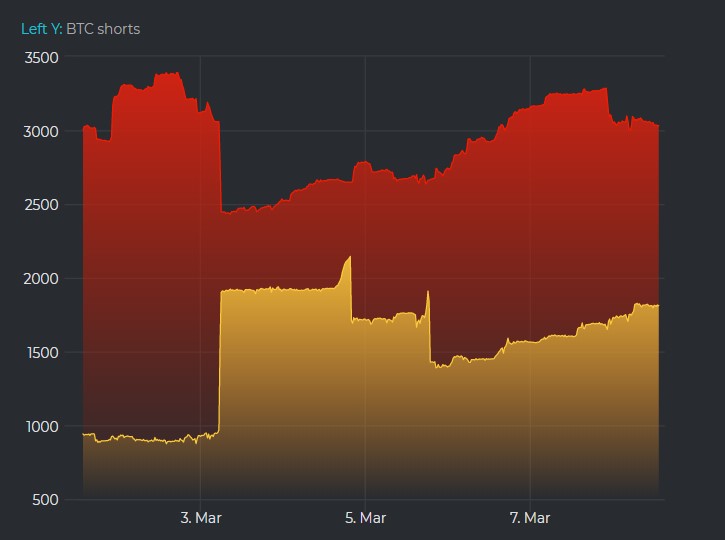 So, when the longs take Bitcoin to $8,825 or higher, the long squeeze will begin. Eventually dragging the price to $8,515 [if the short momentum keeps surging]. Further, this theory is supported by the slow but steady increase in hedged shorts.