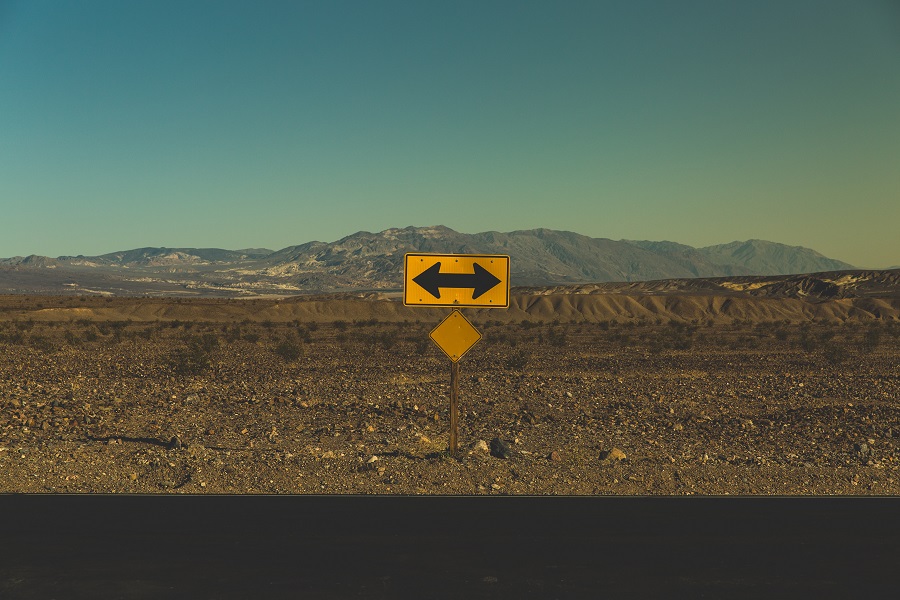 Over the last three months, Bitcoin has dipped below the $9000 level and resurfaced about 9 times. Yesterday was one such strut across the $9,000 level. However, BTC’s slow surge from $8,400 seems to be in jeopardy with the formation of a rising wedge. Regardless of the pattern, the momentum also looks diminished.

The only bullish take on this is that the price is just under the $9,200 level, an important level that would assist the bulls rise swiftly to $9,650. In this article, Bitcoin’s two possible targets for the next week(s) will be discussed. 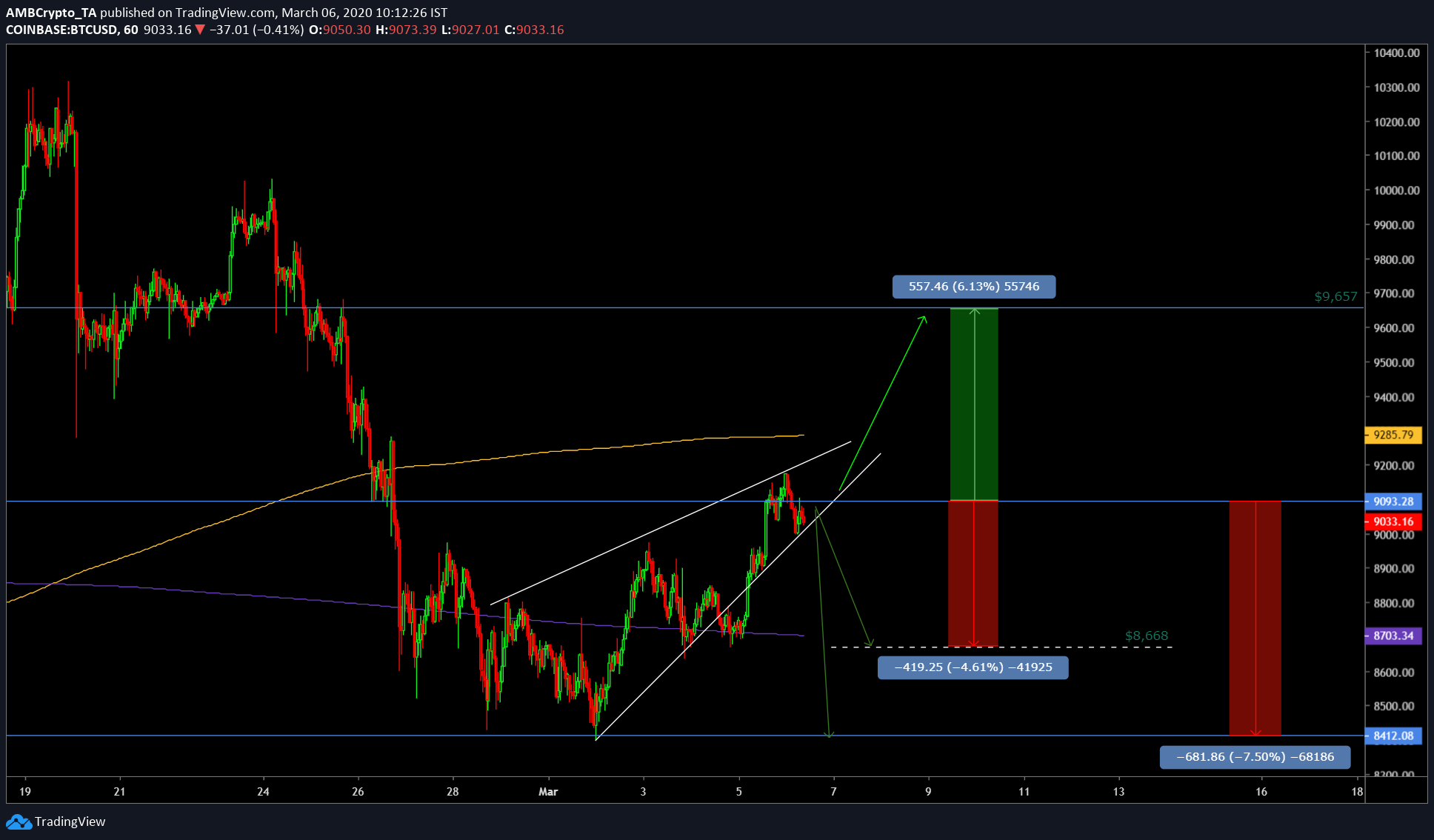 The one-hour chart for Bitcoin showed the formation of a rising wedge, a bearish pattern; the breakout of which would push the price down. There might perhaps be one last leg up inside the channel after which the breakout direction will become apparent.

For now, the direction of the breakout is assumed to be bearish. So, the targets for Bitcoin include $8,668, which would mean Bitcoin will have to shed 4-5% of its value. This would be the first support, if there is a bearish break.

The chances of Bitcoin collapsing below this are low, however, on the off chance that it does, BTC will head down to $8,412, which is a 7.50% fall from the current price of $9,100. Supporting this scenario is the RSI for the one-hour chart which shows a slow and steady decline. Since the RSI is at 51, a further drop would allow BTC to reach the aforementioned targets.

Since the above scenario worked under the hypothesis that the price will collapse, there is another scenario where the price surges instead of dropping. With that in mind, the price surge would cause BTC to go to $9,657, without a hitch.

To even the odds out, the price is moving between the moving averages seen in the above chart. With the 50-day moving average [yellow] above the price, it will act as a resistance to the price. This would prevent the bullish scenario spoke of above.

For the bearish scenario, the price will dip at least to the 200-day moving average [purple] and hence, there is no hindrance to the downward movement of the price before it.